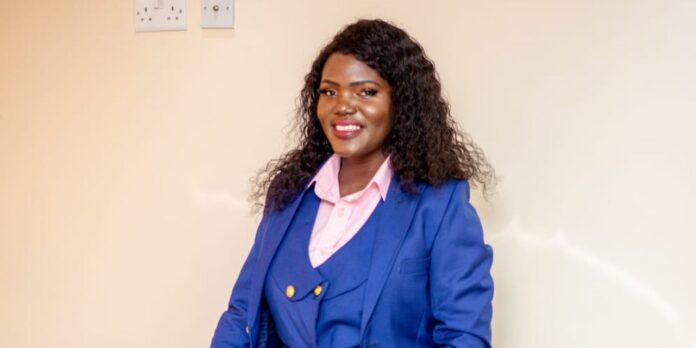 Chrystal Kizito is the founder of a wellness business named Botanique Naturelle. This is a business that offers clients a range of skin, hair and wellness products. The business, started with Sh1,000 capital, grew to become a big brand among customers.

She was born the first in a family of four children, three girls and a boy. Growing up in a loving family in Kahawa Barracks, she attended Riverbank Primary School before moving to Kenyatta University Primary School. She then joined Lirhanda Girls High School in Kakamega before moving on to pursue broadcast journalism.

After school, she found it hard to get employed as a journalist. Hence, she used to hawk spoons from Sarit Center to Bus station. She would make a commission of Ksh10 for every spoon. While the job was difficult, it taught her how to be strong.

Later, she got a job as a waiter and at times she would wash dishes and clean toilets. Two years into the job, her boss opened a beauty store and appointed her as manager. Before starting the job, she went through extensive training

The business began in 2017 when she bought 1 kilogram of West African Shear butter, processed it and sold it for Sh2,300. This made her realize that it was a profitable venture and she continued doing the same until the business grew.

The growth was not an easy one since she was not consistent. As a beginner, she first needed to gain people’s trust. There was the fact that her shop was online and most customers found it hard to trust the brand. She also realized that instead of supporting local brands, most Kenyans found it easier to buy from international sellers, making it hard for homegrown businesses to grow. It took her over three years to stabilize the business.

What really helped her was the previous experience of working as a store manager for a beauty brand. This imparted her with a lot of knowledge about running a business and managing sales.

In a 2021 interview with Nation, she revealed that she went from processing one kilogram to fifty. She also said that one of her biggest mistakes while starting was not separating the business finances from her personal finances. This found her in a position where she lacked stock.

She was also into impulsive buying since she used to save money in her account. To solve this problem, she registered for a till number and connected it with her bank account. This made it easy to not only pay employees but to also keep track of her finances.

She was nominated as Business Influencer of the Year 2021 by Pulse Awards. Despite not winning, the nomination proved to her that she was on the right path.