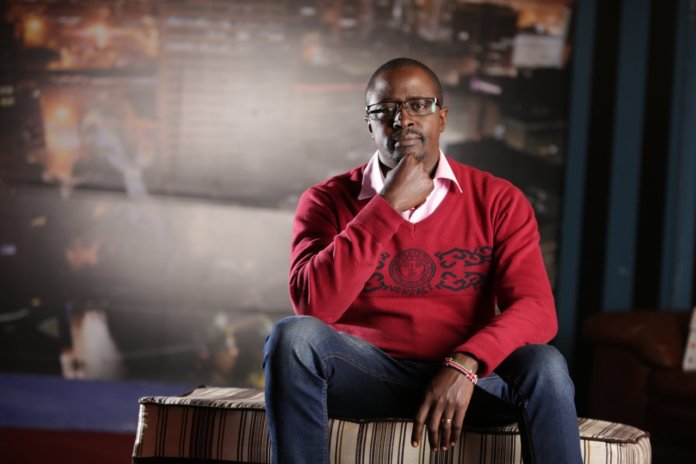 Celebrated journalist Eric Latiff is a charming personality who has been in his element in Kenya’s fourth estate in a career that spans over two decades. He is multi-talented having worked as a station manager, radio editor, news anchor and radio presenter.

Currently, Latiff works for Spice FM as a presenter for the morning show Situation Room. The show is another work of creativity as it hosts movers and shakers in a move to highlight various burning issues in Kenya. Furthermore, for a segment that takes at least four hours, it is one of the most insightful programs in Kenya’s radio industry. The Situation Room is centred on politics, economy and current affairs.

Latiff moderated the July 26th Presidential debate alongside Yvonne Okwara of Citizen TV. It goes without say that his immense experience and knowledge are some of the criteria that saw him picked for the task.

Latiff matriculated at Kenya Institute of Mass Communication between 1995 and 1998. He pursued telecommunications engineering. Latiff first media stint was at KTN when he worked as an intern.

In 2003, he joined Capital FM where he worked as a presenter, producer, programmes manager, newsreader and editor. This means he was at the station even before the late Chris Kirubi acquired it in 2004.

In 2005, KTN offered him a job as a news anchor and Latiff had an idea; he wanted to retain his job at Capital FM while still working for KTN. Then he approached Chris Kirubi and broke the news to him.

“I needed to seek CK’s consent to anchor the 9pm TV news while I retained my job at Capital FM. When he came to the newsroom on his routine visits, I nervously whispered to him, fingers crossed,” Latiff revealed in 2021.

Kirubi gave green light on Eric’s idea but on condition that KTN writes to him, acknowledging that Capital FM remained the primary employer. That is how the journalist ended up working for two media houses at the same time.

That same year, Eric Latiff won the award for English Radio News Anchor of the Year which was organized by Kenya Union of Journalists Officials. However, like many other journalists, he returned the prize as the competition was largely controversial especially with claims of disregard for credibility and integrity.

Latiff rise in media was simply transcendent as he was employed as the first station manager for Mediamax’s K24 TV. Under his captaincy, he was in charge of aligning other employees with the vision and mission of the then Rose Kimotho owned station.

Additionally, besides overseeing the daily activities, he was involved in training and recruitment, and program format designing. While at the helm of K24, he made sure the station was unique in its delivery of news through the modular concept that updated viewers with hourly bulletins.

Latiff went on to join Standard Media Group as a senior anchor and host. He also has other skills in digital marketing and is a communication strategist.

Eric Latiff is the founder and director of Zeze Digital that is involved in digital marketing and data analysis. The company is based in Nairobi. Other services offered by the firm are: corporate digital media training, digital strategy, management of social media platforms, Google AdWords and Facebook advertisement.

Stanley Kinyanjui: The Man With A Firm Grip On The Multi-Billion Billboard Advertisement Industry...

Famous Kenyans Who Were Expelled From School