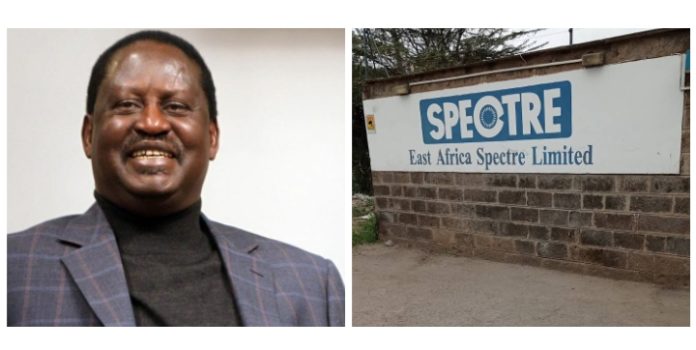 Since independence, the Odinga family has dominated opposition politics. The family’s patriarch Jaramogi Oginga, who was Kenya’s first vice president, went on to become a  firebrand opposition leader who fought for Kenya’s second liberation alongside his son, Raila Odinga. As such, the family has been at the center of almost each and every general elections.

Because of opposing successive governments, the Odingas are said to have almost run bankrupt when their initial investment in a bus company called Lolwe Road Services was frustrated by the then powers that be. The investment ran into loses as employees conspired with powerful government officials to lock out the Odinga family from the firm especially after detention of Jaramogi Oginga.

“Within months of Jaramogi’s detention, however, all this (bus company) had been lost, with the people in charge resisting my involvement and acting at the behest of the government to loot the business and run it down,” Raila says in his autobiography.

Due to the fact that they had acquired much of the capital through a loan, auctioneers came knocking at the doors and sold much of their property at throwaway prices.

Generally, the family has been subjected to bittersweet situations as they have also amassed immense wealth that is estimated to be in billions of shillings. This article will feature various businesses owned by Odinga family.

The company was founded by veteran leader opposition Raila Odinga in the early 70’s when he was teaching at the University of Nairobi. In 2021, Raila revealed how he started the company after selling his car in order to purchase various machines from an Asian who had fled Uganda due to the hostile political regime of dictator Iddi Amin Dada.

According to Raila, he met a friend who told him of plans by the Asian national to urgently  sell off his machines in order to travel overseas.

The total cost of the machinery which included rolling machines, welding machines and sheet metal cutting machines was valued at ksh 12000.

However, Raila was unable to raise the money and decided to sell his car.

“The entire machinery was being sold at Sh12,000 which I didn’t have, my salary was only Sh2000, so I sold my car to raise the cash and that is how I started,” he said.

Through the acquired machines, he founded Standard Processing Equipment Construction hence the name Spectre. The company made steel doors, casement and windows.

Later on, Raila met a German international involved in oil investment who was looking for a local company that could supply gas cylinders. It wasn’t a hard task for Raila since he had earlier been familiarised with cylinders manufacture while in Germany. The company asked for a sample of the needed cylinders and began the manufacturing process. East Africa Spectre Limited became the only private company that supplied gas cylinders to oil companies.

Read Also: From Grocery Shop To Retail Kings – The 63 Years of Chandarana’s Resilience

However, the company faced major hurdles especially in 1980’s following the imprisonment of Raila Odinga. In fact, some oil companies became jittery in doing business with the Odinga company for fear of government frustration.

In 1988, East Africa Spectre Limited entered into a financial agreement with Industrial Development Bank (now IDB capital) that saw them acquire a new factory along Mombasa Road. The new factory was meant to manufacture new cylinders while the old ones would be used for revalidation. The company however faced challenges in operating two factories and decided to merge operations under the new company.

Despite acquiring state of the art cylinder manufacturing facilities in 2008, the Odinga company has been realising diminished returns in recent years. This is due to the flooding of cheap imported cylinders. As a result, Spectre Limited has found itself left with more of refurbishing of old cylinders rather than manufacturing new ones.

According to a 2014 publication by Business Daily, the matter prompted Spectre to pump a ksh 300 million into a giant oil depot in Embakasi, Nairobi. The 25 cubic meter depot has capacity for storage of 10 million litres each of petrol and diesel and 5 million litres of kerosene.

The Odinga family is also linked to a multinational company that deals with importation and distribution of petroleum products. The company was established in 2005 and estimated to have an annual turnover of over half a billion shillings.

For a long time, Raila’s political nemesis had linked him to fraudulent acquisition of Spectre International, a molasses plant that produced ethanol fuel. Odinga had always maintained that he acquired the plant in a fair, transparent manner.

For more wealth updates and inspirational stories, click to join our Telegram Channel

The company was established in 1980’s by the government but soon became a white elephant prompting then president Daniel Moi to abandon it as it was running into loses and debts. In order to revive the Kisumu based factory, Robert Ouko who was a cabinet minister aggressively advocated for the government to resuscitate it back to life.

Ouko had even sought a foreign investor to bring the ailing firm back to life. However, before this was realized, Ouko was assassinated in February 1990.

In mid 90’s Odinga’s family is alleged to have acquired the molasses plant through a bidding process even though it was until the next century that the company resumed operations.

The company however faced a major setback after the collapse of Mumias Sugar Company which supplied molasses. In 2019, it was reported that the Odinga family sold the company to billionaire Jasmant Rai at a whooping ksh 7 billion.

Vanessa Bwibo: The Entrepreneur Who Founded Bwibo Restaurant With Initial Capital Of Sh20,000