John Kariuki Maina is a business magnate who built Busia’s first ultra-modern retail store from a small kiosk that he co-managed with his wife. This is Tesia Supermarket proprietor and Chief Executive Officer’s profile as told by WoK writer.

John Kariuki Maina and his wife Mrs. Maina have been based in Busia County for several years. It is where they set up their family and consequently began their family business in the same area. They opened shop in the early 2000s stocking a small kiosk with Fast Moving Goods.

Mrs. Maina recalls this period saying, “At the time, we only sold a limited range of small items including foodstuffs, a handful of cosmetics and household items.” John Maina says that this was a building block to the greater achievements they would come to accomplish saying, “The first block of this supermarket was cast years ago when we opened doors to our customers as a small kiosk.”

As time went by, they added their stock variety and soon the kiosk was becoming too small to hold all the items their clients required. This prompted the couple to re-strategies and plan how to best take the next leap. John Kariuki and his wife demolished the small kiosk and set up a high-rise building that would become Tesia Supermarket.

The first outlet was opened in Busia with the couple steering management. John Kariuki serves as the company CEO and one Patrick Maina is the retail’s manager. Tesia supermarket grew exponentially as it became not only a reliable shopping center, but also a place frequented for window shopping. Apart from retailing goods, clothing, furniture, pastries, and other items, John Kariuki and his wife opened the Tesia Restaurant that would offer freshly prepared foods for its clients.

The supermarket now has three hundred employees and is reported to generate US$109.15 million in sales. It operates three outlets in Busia, Malaba, and Bungoma making it a choice shopping spot for both Kenyans and Ugandans. Records show that its clientele is from the towns of Amagoro, Port Victoria, Bumala, Nambale, Amukura, Sio Port, Butula, and Funyula.

As all things in life, the supermarket has faced several challenges over its course of business, mostly caused by external factors. One of these is increased operational costs when they are forced to incur private powering costs when outages occur. Mrs. Kariuki comments on this saying, “To ensure we stay in business and guard against some of our perishable goods from going bad, we have had to resort to diesel generators.”

Another challenge faced is tough economic situations marked by inflation and the weakened shilling which directly impacts consumer purchase power consequently reducing the business’s profit margins. She says, “As a result of the high prices, more people are cutting back on monthly shopping as they budget for strictly essential household commodities.” Moreover, high transportation costs and poor roads make acquisition of commodities expensive and thus reflecting on some goods being expensive to the customer.

The supermarket was also one of the retailers that was authorized to stop displaying, cooking, or selling meat to customers in July 2019 by Napoleon Nyongesa, the County Public Health Officer. The Health Officer said that the outlets – Tesia, Frank Matt Highway, Khetia’s Supermarkets, and Frontier – had not been compliant with the Food, Drug and Chemical Substances Act provisions. John Kariuki responded stating that the supermarket was compliant. In his statement, he said, “We have all licenses from relevant authorities mandating our operations. The department should go ahead and shut down the meat segment of those outlets that have not complied.”

Tesia Supermarket was the first supermarket to have CCTV installation done in its premises in response to security concerns in the area. On CSR, the supermarket has been involved in numerous initiatives to give back to the community. A major one was its sponsorship for the Busia County Half Marathon Race held annually.

The supermarket is generally positively acclaimed among the shoppers and community. Some of them say;

“Tesia supermarket is a place to go to, you need it they’ve got it. Whenever I go to my home up country, that’s my one stop store,” – Topstar Achie.

“The staff here are so respectful and hospitable. A true definition of the customer is the king approach. Keep it up guys!” – Jose Gathuru Jones

However, some have a few complains saying;

“Prices are abnormally higher in some goods, also stocks are congested.” –  Dannoh Koech

“Check your prices, you are extra expensive men! This is the most expensive supermarket, why? You are making life difficult for an ordinary mwananchi.” –  Iva Baraza 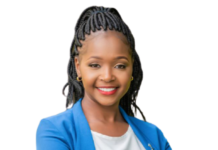 Beneficiaries Of Part Of The 48,000 Acre Delamere Estate

How To Register For Uber business in Kenya

Lucy Karanja: From A Poultry Farmer To Aviation School Owner