The Kenya Airline Pilots Association (KALPA) is a member of the International Federation of Airline Pilots Association (IFALPA). KAPLA, which was initially known as the East African pilots association, was formed in 1978 with an aim of promoting and ensuring Kenyanisation of the aviation industry in Kenya. According to their website, the body is “an umbrella association for pilots in Kenya with membership drawn from major airlines within the country.”

Pilots who fly the national carrier were notified by the association that no plane would depart the Jomo Kenyatta International Airport (JKIA) over unmet grievances. KAPLA had issued a strike notice on October 19, 2022 to KQ management. The Association demanded the management to restart contributions to its staff pension fund which has been halted during the pandemic. They also called for the payment of all salaries that were accrued at the time.

Members of the body

The chairman of KAPLA has led his troops to in remaining steadfast in asking for their demands. A reggae lover if his twitter bio is anything to go by. ‘Proudly Kenyan Fiercely AFRICAN.Humble. Some say I’m a Rastaman’, reads his bio. It’s not clear if he is the founder of Head Cornerstone Entertainment Kenya, an “entertainment company based in Nairobi, Kenya formed with the aim of organizing music festivals that will be the most anticipated events in the Kenyan and African entertainment circuit.

He is the Regional Vice-President AFI/ East.

He is KAPLA Secretary General and the most visible of the four member secretariat. A statement from SG calling for strike read in part:

“On October 19, 2022, the association issued a 14-day industrial action notice to the management of Kenya Airways, as the last resort in our attempts to seek better working conditions for our members and ensure that Kenya Airways is managed professionally,”

“The Kenya Airways management has not made any meaningful attempt to engage, and have these matters addressed,” the statement dated November 4, 2022 read.

Losses suffered due to the strike

KQ losses approximately Sh300 million (($2.5 million) per day because of the ongoing strike, the board claimed. According to the management, the grievances raised by the pilots don’t merit an industrial strike.

“None of the grievances advanced by KALPA merits an industrial strike,” a statement from the board read. The writer is a journalism and communication student Moi University. 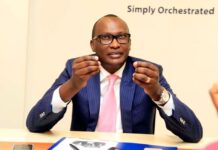