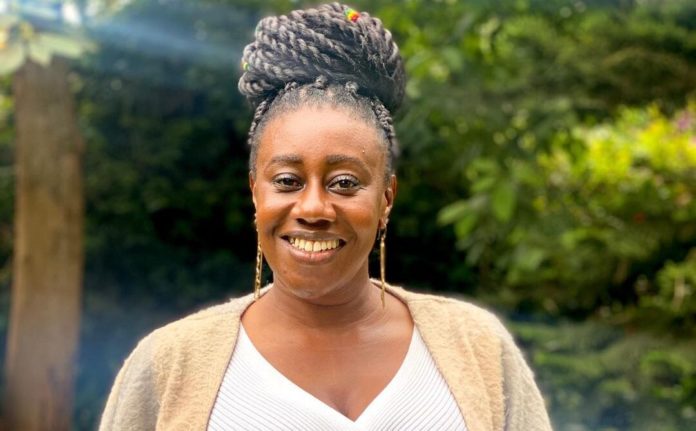 Parenting can be a hard task especially if you are doing it alone without the help of your partner. Children deserve to be raised by both the father and the mother but at times, things happen and when they do, life has to move on. Separation of parents may be due to a disagreement, death or divorce and once you are left alone, you must change and adapt to playing both the roles of a mother and father. A number of celebrities and public figures in Kenya have shown resilience and proved that single parenting can actually be fun and enjoyable.

Here is a list of top Kenyan celebrities who are single mothers.

Akothee is a popular singer and one of the best female musicians we have in East Africa. The self-proclaimed President of Single Mothers in Africa is a mother of five children with three different baby daddies. The 41 year old never hides her love life and doesn’t shy away from calling out baby daddies and offering a helping hand to single mums. What amazes people is how she is so close to all her children despite being rowdy and crazy on the internet. She has three elder daughters (Rue Baby, Vesha Okello and Prudence Otieno) who are very vocal and active on social media and two young boys (Oyoo and Ojwang’) who are both under 12 years.

She’s currently in a relationship with Nelly Oaks.

Milele FM presenter and actress, Jackline Nyaminde, popularly known as Wilbroda, is a single mother who is looking for love. In an interview on Sema na JG, she stated she was looking for a man who will be a good role to her son. In a separate interview, she revealed that most men found her too loud which is a turn off.

Betty Mutei Kyalo is a renowned news anchor turned entrepreneur. She got married to NTV Investigative journalist Dennis Okari in a colorful wedding in 2014. The two got a daughter together by the name Ivanna before they split up because of a disagreement. She has since then been raising her daughter alone with little help and support from her ex-husband. The daughter is now seven years old and although Betty admits it wasn’t a smooth journey, she has been strong enough to hold on.

Tanasha Donna is a Kenyan singer and influencer who got married to East Africa’s music maestro Diamond Platnumz. The two got a baby boy together – Naseeb Junior named after the father. They broke up a year later and in 2020, Tanasha Donna accused Diamond Platnumz of neglecting his fatherly duties during an interview with Jalang’o TV. Since then, it appears that Diamond manned up and the two have been co-parenting. She recently took her son to Tanzania to see his father although she still lives with the baby.

According to media reports, the singer is currently dating Omah Lay.

Pierra Makena is a popular DJ and events host and has one daughter by the name Ricca Pokot. She has been raising her daughter all on her own after breaking up with her baby daddy two weeks after discovering she was pregnant. The gorgeous and curvy DJ is always vocal on social media and often advocates for mental health and leaving toxic relationships. She recently took to social media during her daughter’s fourth birthday and revealed that parenting hasn’t been easy since she has been doing everything on her own.

Brenda Wairimu is an amazing and talented actress. She made headlines when she broke up with her fiancée – Juliani who is a popular musician. The two had an amazing affair and were considered couple goals. They had their differences and mutually agreed to split to different paths. Brenda moved on with her daughter Amor Njeri who is currently 5 years. Although Juliani has been offering little help, Brenda does the most all on her own. Juliani also recently moved on and is in a relationship with the former first lady of Machakos County, Lilian Ng’ang’a.

Victoria Rubadiri is one of Kenya’s best journalists and News Anchor. She got pregnant at a tender age of 19 while studying abroad with her ex-boyfriend. She had a supportive family, especially her father who is a senior pastor at CITAM Church, who helped her raise her daughter before she resumed her studies. The 34 year old has raised her daughter alone since the father of the child disappeared after discovering that she was expectant. The daughter is now a teenager undertaking her secondary education.

Avril Nyambura is arguably one of the best singers and vocalists Kenya has ever produced. The talented musician is rumored to have gotten a son with veteran producer and director J Blessings back in 2018. She has since then deliberately decided to stay silent about the father of her son and in a past interview with Massawe Japanni, Avril disclosed that she has been raising her son all by herself even though she revealed that she was on good terms with her baby daddy. The baby is now three years old.

Mwende Macharia is a big name in radio. “The queen of the airwaves” as she is popularly known, was in a relationship with award winning producer and director J Blessings but the two broke up over fundamental differences. She has a son who is named Champion who has a striking resemblance to the producer. Mwende has since then been raising Champ alone and doesn’t complain or talk about his baby daddy.

Nicah the Queen is one of Kenya’s celebrated and vibrant gospel musicians. She was married to Comedian Dr. Ofweneke and had two children before breaking up over what she claimed was an abusive marriage. Their split up was one of the most toxic and dramatic ones after Nicah took to social media to narrate how the comedian used to beat and abuse her. She has since then been living alone and taking care of her two babies with little support from Dr. Ofweneke.

Anne Kiguta was a news anchor at Citizen TV before she called it quits. She joined K24 where she hosted Punchline show but never lasted. She is a mother of twins whom she bore with Jomo Gacega who is the cousin to President Uhuru Kenyatta. The two broke up in 2017 and since then, Anne has been raising her three boys all alone. Although she says it has not been easy, she doesn’t regret the decision to do it by herself.

The Owners Of The Popular NextGen Shopping Mall