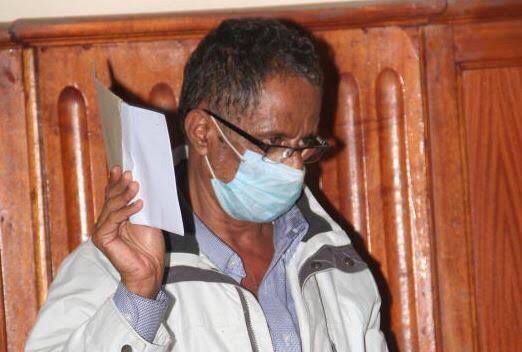 A Kenyan man who pleaded guilty to poaching charges in the United States (US) made KSh 864.8 million from the sale of ivory and rhino horns.

According to documents from a New York Federal court, Abubakar Mansur Mohammed Surur and his accomplices made the money in seven years.

Susur was part of a syndicate that was involved in large-scale trafficking and smuggling of ivory.

He pleaded guilty to charges of illegal poaching of more than 35 rhinos and over 100 elephants across African countries.

The countries include Uganda, the Democratic Republic of the Congo, Guinea, Kenya, Mozambique, Senegal and Tanzania.

Surur and his accomplices; Moazu Kromah from Liberia and Amara Cherif from Guinea made KSh 397.3 million from the sale of 190 kilogrammes of rhino horns and KSh 467.5 million from 10 tonnes ivory.

The man who was extradited to the US in January 2021 could face life in prison after admitting to the crime which carries a maximum of five years.

On the other hand, the count of conspiracy to traffic heroin carries a maximum sentence of life in prison.

It was realized that the poachers operated from Kampala, Uganda while his buyers were based in the US and South Asian countries.

“The defendants received and deposited payments from foreign customers that were sent in the form of international wire transfers, some of which were sent through US financial institutions, and paid in cash,” Williams said.

Surur was arrested on July 29, 2020, at the Moi International Airport, Mombasa after landing from Yemen on a chartered flight.

He was held briefly as the Director of Public Prosecutions Noordin Haji filed proceedings for his extradition to the US.

Billionaire loses Ksh 10B Land in Fight With Joho