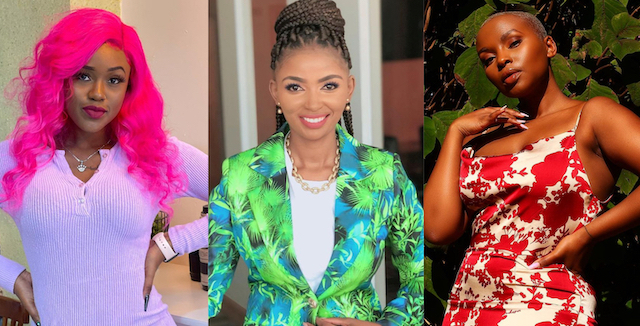 Read on to get a glimpse of the highest-paid Instagram influencers in the country as compiled by WoK.

According to Parents Magazine, Njugush stumbled upon online marketing when he was trying to help push his wife’s product sales online. His popularity has grown thanks to his funny content and heavy content on social media, especially Instagram and YouTube.

This therefore makes him one of the highest-paid influencers on Instagram.

Last year, Kenyans had varying thoughts and opinions over Azziad Nasenyas rate card. Many said that the young influencer and TikTok star was too ambitious with her rates. In her rate card, Azziad would require a brand to pay Ksh 100,000 for an video and Ksh 50,000 for a Live on her TikTok platform.

Comedian Eric Omondi is also one of the highest-paid influencers in Kenya. According to his official rate card, a brand or corporate would have to part with Ksh 500,000 for emceeing services and an additional Ksh 250,000 if he needs to remove his shirt during his performance.

Veteran radio presenter Maina Kageni charges $500 to promote a business through a post on his Instagram page.

“Posts on the main page are $6,000 for three weeks for three posts only. Posts on stories for 24 hours for small businesses is $100 for three stories.”

If perhaps you want to buy any of her social media pages, you would have to part with Ksh 3 million. “Appearance for promotion is $15,000 for 2.5 hours.”

According to a rate card shared by Kabi wa Jesus, the influencer earns over Ksh 1 million every month. The digital influencer has a huge following on his social media platforms from Facebook, Instagram and YouTube. His YouTube channel is shown to be generating approximately Ksh 1.5 million.

Wabosha Maxine is a content creator, podcaster, brand influencer and entrepreneur. She has slowly build her brand to become one of the highest paid influencers in the country. She reportedly charges Ksh 300,000 to advertise a product on her timeline.

The Tier 1 list of influencers in Kenya can rake in millions per campaign period, depending on the brand. Majority of them are entertainers, media personalities and content creators.

Other top influencers include the following:

Gideon Moi Net Worth, Businesses And Properties He Owns In Kenya And Abroad