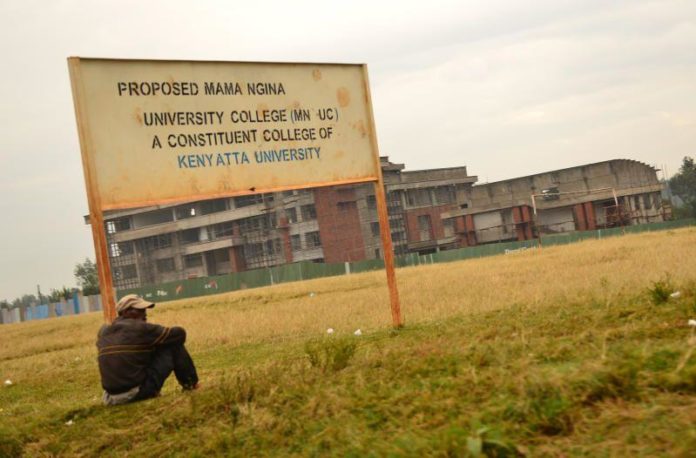 Residents of Gatundu South who signed contracts to give up their lands to allow the expansion of Mama Ngina University have decried delays in compensation.

The locals said they have reached out to the relevant authorities including the National Lands Commission (NLC) and the Education ministry but their efforts bore no fruits.

Harun Gacheru Ngochi, the chairman of the Mutomo Landowners association now wants the government to act on the matter and settle the compensation.

“The appointed land owners’ representatives have been following up on payments from the NLC and the University and up to date, there has been no payment made,” he said.

The affected residents said the delay in payments has has altered their relocation plans as some of them had started engaging land sellers in other areas.

When contacted about the matter, NLC acting chief executive Kabale Arero Taches said her office had completed verification and was waiting for funds from the Education ministry.

“Once funds are available, we have finalized the compensation process and we shall disburse to the respective (PAPs) project affected persons,” Taches said.

The residents of Mutomo village were expected to be paid at least KSh 10 million each in the current financial year to give way for the expansion of the varsity.

The deal was reached following negotiations between villagers and NLC.

After reaching the deal, each villager will be paid KSh 10 million for a 100 by 100 plot despite demanding KSh 16 million for the same.

A report by NLC indicated that the highest land owner in the deal will be paid a whopping KSh 35 million with 189 gazzetted land owners appending their signature to approve payment of the compensation.

“We have settled on a KSh 10.1m per piece of land, development rates are per individual and an addition 15 per cent disturbance allowance,” NLC project team leader Doricah Buyaki said.

Locals will vacate their premises between 15 to 30 days after the compensation is done.

“We had a final meeting on Monday with NLC officials one of the main issues we discussed was that upon payment, the land owners should vacate their premises within 15 days and leave the structures intact including cow sheds, houses, trees and another structure since the government will have compensated for everything,” he said.

Owners Of The Popular Moran Lounge And Grill In Nanyuki

Kelvin Shaban: The City Tycoon Who Owns Laviva Lounge, And Why All His Cars...