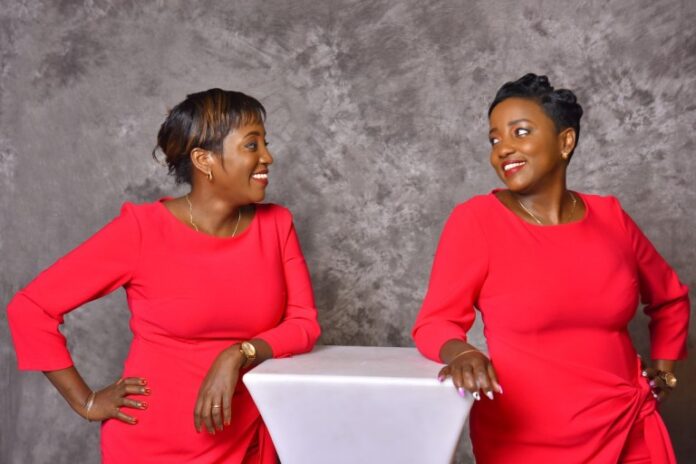 It is on rare occasions that identical twins end up working together as news anchors presenting the same news bulletin. But due to the cutthroat competition in Kenya’s fourth estate, the national broadcaster, KBC, was forced to hire identical twins as  news anchors as a way of attracting more viewers. Additionally, KBC editor-in-chief, Samuel Maina indicated that the sisters’ experience would help in mentorship of upcoming journalists working for the media house.

The duo, Jamila Mbugua and Wanjiru Mbugua have a striking resemblance and present the “Dira ya Magwiji” news bulletin. They were bought in to replace the late Badi Muhsin who passed on in October, 2021.

Jamila and Wanjiru have always donned similar dressings while presenting news which has left viewers even more confused on the specific identity of the pair. In this article, WoK takes a look into the careers of the twin anchors.

Wanjiru is the perfect definition of a woman who wears many hats. She was previously a Montessori tutor before she joined KBC in 2003 in a stint that lasted six years.

In her first tenure at the media house, she aired sports news in Kiswahili and also presented business news. Wanjiru served in various capacities including public relations officer and personal assistant to the managing director. Additionally, she was the head of customer service team which included training of interns and staff. The journalist also worked in the sales and marketing department as the head of commercial events and communication.

In 2009, Wanjiru exited KBC and went on to work for China Radio International. She was working for only 3 hours a day and began offering free services in media consultancy.

“I discovered I had so many hours in my hand, so I started giving my friends pro bono media services,” she said in a past interview.

However, Wanjiru discovered that she could turn her expertise in consultancy into a thriving business. She therefore registered a company named Diamond Media which offered the said services.

She recalls how the maiden days were difficult but she held on to her dreams and received the first client who paid ksh 500k for the services. Wanjiru disclosed that Diamond Media’s biggest advantage was creativity and knowledge. She still serves as the CEO of the company even while working for KBC.

Jamila has made forays in Kenya’s mainstream media and worked for K24 where she hosted the “Faraja” (Comfort) show. She also featured  on NTV’s Property Show which covered the real estate sector.

According to KBC’s official website, Jamila is an ardent reader who is in the process of scripting an inspirational TV series show.

“I spend lots of time writing and learning stuff that will help me to one day come up with a movie or TV series that will be a joy to watch with the whole family,” she said.

Michael Olunga: Inside The Impressive Stats Of Kenyan Striker In Qatar And His Salary