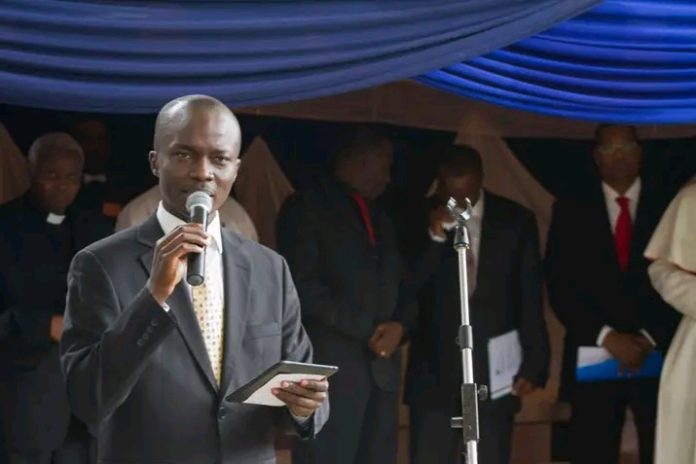 The Azimio Coalition launched their 10-point manifesto on 6th June, 2022 in a colourful event held at the Nyayo National Stadium. The agenda of the Raila-Karua led team majored on solving the problems afflicting the key sectors of agriculture, economy, education and health among others.

One of the event’s MC was Michael Oyier, a renowned former news anchor who currently works as a counseling psychologist and life and leadership coach at the Serenity Group. WoK takes a dig into Oyier’s illustrious career.

Oyier is the second in family of 5. He is also a father of two daughters though born of different mothers. He describes his first born as the ‘gracious gift’ and the second as the ‘healing balm.’

Despite being thrust into the limelight as a news anchor, Oyier never went to any media school.When he was studying for his undergraduate degree in psychology and management at USIU, he presented himself for a voice test at Capital FM. At that time, he was in dire need of making some cash while studying.

He describes this defining moment as the ‘lowest hanging fruit’ as he was successfully hired as a breakfast news anchor. Through obstinate determination, he would wake up as early as 4 a.m to go to work.

He holds a Masters in Counseling Psychology from United States International University. According to his LinkedIn profile, he also pursued a certificate in owner manager program at Strathmore Business School.

To add to his curriculum vitae, Oyier has a certificate in executive leadership coaching from Coach Development Institute- Africa.

After quitting radio, Oyier was hired as a news anchor for KTN. Initially, he would read news hurriedly but improved after the production and editorial team guided him. He worked for KTN between 2002 to 2012.

Four years ago, Oyier opened up on his struggle with depression through Engage Talks. According to him, he was at the peak of his media career in 2006 but besides the bespoke suits and fluent English, he was silently battling depression.

Oyier didn’t point out the exact triggers for his persistent blues but he thought it had to do with ‘unresolved mourning’ following his parents’ death. Additionally, he thought he didn’t meet his expectations regarding parenthood.

“One of the most necessary thing was being with and meeting my daughters when agreed with their mothers.”

“The other thing was (you know) pulling yourself up and go to work and execute another bulletin and go and mcee another job and then meet those courageous people who came for counseling when their counselor really needed some help too,” he said.

According to him, his life took a downward trajectory which was slow and gradual; he only noticed it when he reached rock bottom. The former news anchor used the analogy of how yeast slowly raises the dough, without one noticing to describe his unfortunate predicament. He suffered depression for a period of 7 years where he lived in a ‘lonely, dark place’.

Fortunately for him, he found solace in consistently attending bible study sessions and reaching out to friends. Oyier also detailed that he had an adoptive mother who showed him love and care.

“Now I can sit and actually focus and do some work. I can go out and interact meaningfully with different people. Yes: with God, parents, family, friends and precious nuclear family. Yes, we can,” he winded up his speech.

Alex Nyaga: The Parapet Founder Who Built The Most Successful Cleaning Company In Kenya

Ben Gethi: Meet The 38 Year Old Tenderpreneur Who Is Worth Ksh3 Billion