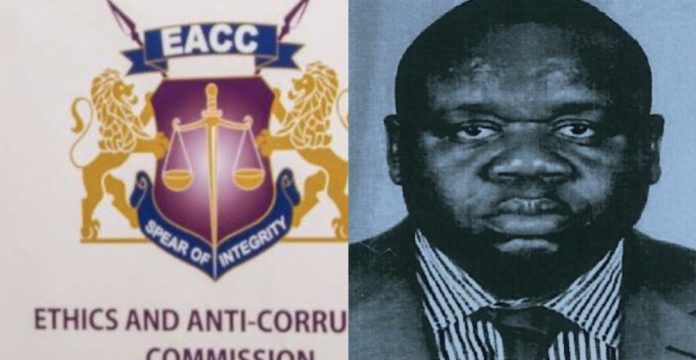 The Ethics and Anti-Corruption Commission (EACC) is seeking to seize properties from a Ministry of Lands employee who amassed wealth from alleged proceeds of corruption.

Business Daily reported that EACC is seeking a court order to seize houses, parcels of land and cars belonging to Nicholas Owino Ochiel over a billion shillings that he amassed through corruption schemes.

According to court documents, the man acquired the properties in question between January 2003 and November 2018 after he assumed a role at the Ministry of Lands.

After assuming his role, Ochiel reportedly entered a deal with property development companies, organisations and individuals seeking services such as valuation, payment of government stamp duty, and title processing among others.

EACC said conducting this services was in direct conflict with his full-time job.

The targeted properties include his residence in Karen valued at KSh 80 million, a house in Thome estate worth KSh 130 million, flats in Parklands valued at KSh 100 million and an uncompleted commercial building in Kisumu worth KSh 190 million.

EACC stated that money amounting to KSh 497 million went through his M-PESA accounts, the properties are worth KSh 694.6 million and the cars are valued at KSh 10.5 million.

EACC said Owino was employed as a valuer in 1996 and was the principal valuer from 2012 to 2016 before he was promoted to his current position.

All through his time at the ministry, Owino is said to have used privileged information within the ministry for financial gain through companies associated with him including, Ternic Valuers Ltd and Ternic Enterprises Ltd.

He is also said to be using his spouse Ms Violet Terry Muthoni Maina and brother Richard Omondi Ochiel as conduits to receive and conceal the funds.

Billionaire Julius Mwale In Partnership With US Firm To Construct Largest Battery Plant In...