Were not for his criminal records, former Harambee Stars player, Nicodemus Arudhi would have cemented his name into the history books of the cherished sport in Kenya. The utility player was dedicated to the game and would always be the first to report for training sessions.

But besides his lustre on the pitch, Arudhi’s treaded on a dark path. He was a serial criminal who served several years behind bars. See, those days players barely got a worthwhile remuneration but Arudhi lived lavishly. He could afford donning expensive clothes and even footed the bar bills of his  teammates.

Arudhi was therefore seen as a criminal who only played football as a side hustle. However, he was shot dead on 22nd June, 1981.

Arudhi’s was the last born in a family of 2. He was the son of Nicodemus Owidhi and Salome. The latter operated an eatery in Nairobi’s Kariokor. Born in 1944, Arudhi’s official name was Daniel Odhiambo but he had several nicknames.

He played for Luo Union and then later Gor Mahia. The most intriguing tale about Arudhi is that in 1965 he was once released from prison just to bolster the Harambee Stars squad.

In the golden years of football history in Kenya, Arudhi played for the national team in the ’60s and ’70s. He featured for the African Cup of Nations in 1972 where Kenya played against Togo, Cameroon and Mali. Arudhi scored against Mali and a year later he was sentenced to 3 years in jail after robbing a club.

One bizarre thing about Arudhi is that he loved his solitude more than anything else. One of his teammates says that Arudhi would buy beer for them and then isolate himself.

“He had curious drinking habits. After a game, he would hail us and say, ‘chagueni mbili, mbili!’ and then retire to a corner in solitude. He took his drink quickly and before you knew it, he was gone,” recounts Thiogo as told to Daily Nation.

Despite his shadowy dealings, Arudhi was described as a generous person who would gift his closest friends with clothes, watches and radios.

“He was gentle, generous and very hard working. He was crazy about training. But he had a secret: the guy was a gangster! He never told us, though. He kept this to himself. To his closest friends, he often gave gifts such as radios, watches and shirts,” adds Thiogo.

The late Joe Kadenge, one of the iconic footballers in Kenya revealed that most teammates had a clue of Arudhi’s infamous acts. However, they same was never brought out and was only talked about in whispers.

The serial criminal would find himself on the radar of Patrick Shaw, a dreaded crime buster who is said to have viciously dealt with notorious criminals.

Shaw passed by Arudhi’s mother’s food joint in Kariokor and sent a warning: “Tell your boy to stop what he is doing or else I will stop him.”

According to the police account, on the night of 21st June, 1981 they caught up with Arudhi and asked him to surrender his guns. However, he attempted to escape and so he was shot on the back by Patrick Shaw.

Arudhi’s execution caused a furore in parliament as James Orengo sought to have a clear account of what transpired. His burial ceremony was given a wide berth by majority of teammates. This is because Patrick Shaw was said to attend the burial of his victims just to get information on the closest friends. The government compensated the family with Ksh 250000. 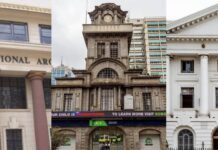 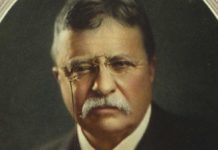 Teddy Roosevelt: The US President Who Stole Lion Statues Outside A Nairobi Mosque While Drunk 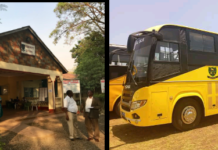 Teachers Among Those Who Face Salary Cuts Over Coronavirus