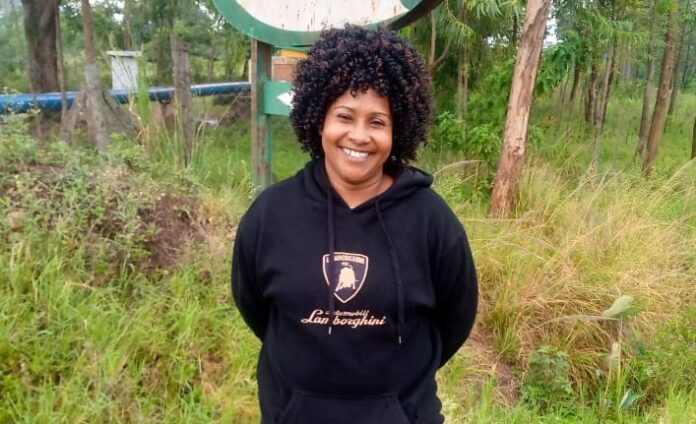 Rose Muthoni is a businesswoman extraordinaire. She is the proud owner of the Bluepost Club, a popular joint in the metropolitan town of Isiolo. Her journey is nothing short of inspiring, having started as a waitress in a club to building her mother a house, buying herself a plot and establishing her own successful night club.

Curious to know how she achieved all this, WoK caught up with her in a candid interview that unveils her sheer determination and drive.

“I was employed in a night club in 2016 where I worked as a waitress. Back then we had a chama with my workmates where we would contribute and get Ksh. 19,500 every week in a merry-go-round,” she said.

Being the smart woman that she is, Rose saved her money for a few years and accumulated enough to build her mother a house in Meru. “I had a very good saving culture and discipline. I never wasted my money and I never indulged a lot in alcohol. In a few years time I had saved enough to build my mother a house in Meru and continued saving until I was able to buy myself a plot. All this was made possible by the chama I had formed with my workmates,” she expounds.

In 2020, the dreaded COVID-19 pandemic hit the country, badly affecting the service industry in the country. At this point, the club she was working at was closed down, and Muthoni was forced to explore other alternatives.

“When COVID-19 hit and we were forced out of our jobs, I knew I had to find another way of surviving. At this point, I was in another chama with ten of my cousins, where we would each contribute Ksh 20,000 each monthly and get Ksh. 200,000 when it was your turn in the merry-go-round. I was able to save this money for a while and finally used it to open a wines and spirits shop just adjacent to the club I used to work at,” she recalls.

As fate would have it, Muthoni’s wines and spirits grew in leaps and bounds and attracted a lot of customers in the area. Business was good, so much so that later that year she was able to open her own club and named it the Bluepost Club.

The mother of two daughters is currently leaning onto her success. She wants to expand her business and open other branches in other towns including her hometown Meru. She credits her success to discipline with money and a thirst to create something for herself and her family.

When I asked her what advice she has for aspiring entrepreneurs, she had this to say, “I would advice anyone who wants to start a business to always save, especially if they are employed. Using money wisely and having a good saving culture will build on your credit and help you access loans that will help you build a successful business. That is what worked for me.”

Like any other business, Muthoni’s journey has not been without challenges. One of her biggest challenges, she said, is unfaithful staff who steal money from sales made and frequent police disruptions. “Having unfaithful employees is a big challenge. Some people pretend to be good when you are hiring them, but later disappoint you when they steal money made at the club. The last three weeks have been hard for us, especially with the police, after some people sold illicit brews that killed a few people here in Isiolo,” she said.

Muthoni tells me that she intends to grow her empire and teach her girls about saving and doing business. She is testament that everyone can achieve anything they set their minds to as long as they practice money discipline and a healthy savings culture.