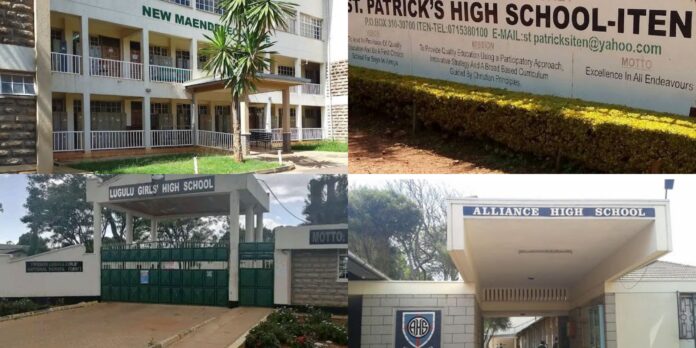 As at the beginning of 2022, Kenya had only 37 neurosurgeons. This means that the country is highly underserved considering the high number of patients requiring neurosurgery treatment as a result of various traumas, cancers and congenital malformations.

The shortage is occasioned by inadequate training institutions locally and by the fact that the training also takes in a minute number of cohorts. A neurosurgeon class can accommodate a maximum of 6 doctors because it necessitates a hands-on meticulous training with the lecturers. As such, applicants go through a complicated intake process which cuts down on the successful postgraduates entrants who then proceed to pursue neurosurgery.

In this article, WoK takes a look at the institutions that have produced some of Kenya’s neurosurgeons.

The school is located in Elgeyo Marakwet and besides excelling in academics boasts of having nurtured some of the best athletes in Kenya. Through our indepth research, we established that 3 neurosurgeons also studied in this great school.

Dr. Kiboi Julius Githinji did his ‘A’ levels at St. Patrick’s Iten then proceeded for an undergraduate MBChB at University of Nairobi between 1985 and 1990. After a postgraduate in surgery at UoN, he took a Supernumerary Neurosurgery training in Pretoria Academy Hospital, University of Pretoria, South Africa.

The late Dr. Reuben Paul Lubanga who succumbed mid September, 2022 also did his ‘A’ levels at the Saints. According to the eulogy, he left the school in 1978 then proceeded to UoN for an undergraduate MBChB degree. He specialised in neurosurgery at unnamed institution in Israel. The father of two will buried today, 1st October in Bunyore, Vihiga County.

Dr Florentius Koech proceeded to Alliance High School for his ‘A’ levels. He studied medicine at University of Nairobi, completing his undergraduate degree in 1996. He then specialized in general surgery and finished his master’s degree in 2002.

Koech matriculated at University of Melbourne in Australia where he cut his teeth in neurosurgery. He is reported to have turned down an offer for Australian citizenship, terming it as brain drain.

When he came back to Kenya and settled in Eldoret as a neurosurgeon, he was the only specialist in this discipline outside Nairobi. Dr. Koech received accolades for his dedication in saving lives during the deadly 2008 post election violence. He is the founder and Chief Executive Officer of Top Hill Brain and Spine Hospital.

The first female neurosurgeon in Kenya, Dr. Sylvia Vigehi Shitsama studied at this institution. She pursued both her undergraduate and postgraduate studies at University of Nairobi.

Dr. Beverly Cheserem, a medic with an illustrious career owes her achievements to the environment she was brought up in. According to her, her parents always motivated her to be a resourceful and better individual.

“I was constantly challenged to be my better self. I didn’t grow up with any gender roles; if the car needed its tires changed, we did it,” she said in a past interview.

She attended Our Lady of Mercy Primary located in South B after which she joined Precious Blood Riruta. Dr. Cheserem was promised a scholarship if she successfully completed her A Levels which she did. This came to pass as she joined the University of Southampton to study Medicine. This was followed by a Neurosurgery master’s degree attained from England’s Royal College of Surgeons graduating in 2015.

The school is located in West Pokot County and prides itself in having nurtured former West Pokot Deputy Governor Dr. Nicholas Atudonyang. Atudonyang, a neurosurgeon who practises in the U.S, made headlines over his persistent absenteeism as he was mainly abroad during his tenure. In 2022, he unsuccessfully vied for the West Pokot gubernatorial seat.

Dr. Peter Kitunguu, a neurosurgeon, studied at Starehe Boys Centre between 1998 and 2001. He is based in Nairobi.

How To Own And Register An Aircraft In Kenya And Fees