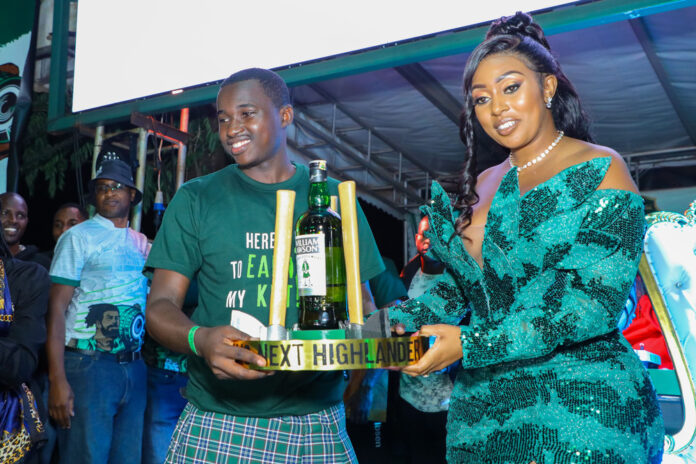 22-year-old Biomedical engineer becomes Kenya’s next highlander which took place on the 12th of November 2022.

Silvester Kariuki Kiura, 22 has conquered every obstacle, earned his or her kilt, and emerged as Kenya’s Next Highlander champion, earning a trip to Scotland and a cash award of Kshs. 500,000. The Hunt by William Lawson’s for this coveted role began on October 1 and culminated on November 12 with the ultimate battle held at the Milan Business Park.

Twenty-six (26) contestants proved their grit, heart, and wit, competing in tough challenges for the top spot at this nationwide competition. William Lawson’s, the classic blend of empowering and daring scotch whisky, was looking for the most brave, bold, and humorous person to represent the iconic Highlander this year.

“We are proud of Silvester and are pleased to have him/her on board to be Kenya’s Highlander for William Lawson’s.” “Silvester embodies the qualities of William Lawson’s of bucking convention, setting your own rules, and being daringly different. Our customers enjoyed Kenya’s Next Highlander, and we will surely be back.”

William Lawson’s gave Kenyans of legal drinking age exposure to the campaign at various outlets, where they participated in exciting challenges to be one of the TOP 26 finalists to compete in the finale.

The brave finalists showed that they were up for more challenges by also showing up at the Milan Business Park for their final opportunity to stand out from the rest and be named Kenya’s Next Highlander. Spectators came in large numbers and were entertained by the legendary musician, Mejja. 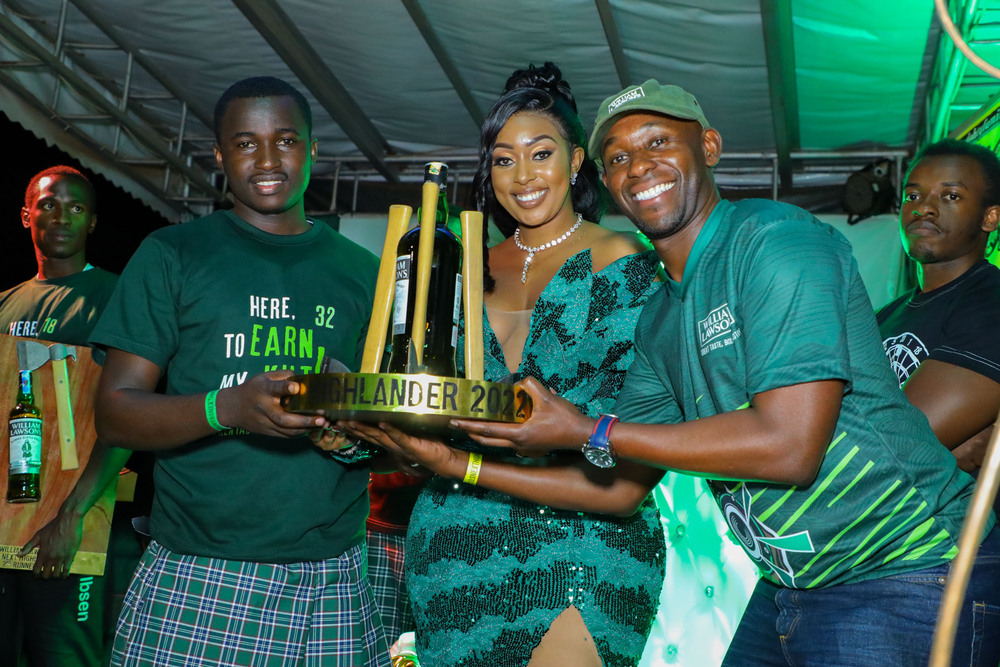 Silvester like his predecessor John Waliaula, proved to be Kenya’s most unorthodox and fearless person by defying expectations, overcoming obstacles, and defeating his competitors. Various challenges determined the Next Highlander. From Ka-Balance, where participants raced each other by balancing their filled glasses on sticks, to the Balloon Blow Barrel Pong, where participants had to throw balls into glasses that were placed into the barrel – they did it all and many more.

Silvester Kariuki is a biomedical engineer who attended Nyeri’s Outspan Medical College. He is the Medipal medical supplies’ assistant head of procurement and store management. His desire to help and make people happy not only pushed him to become a prominent figure, but also demonstrated to Kenyans that being brave and making your own rules to achieve your dreams makes you an iconic highlander. Though he works in medicine, he aspires to be an entrepreneur who can change the world, which fits perfectly with the highlander spirit.

“I want to thank William Lawson’s for giving me a chance to compete and take home the Kenya’s Next Highlander axe. It has motivated many Kenyans, including myself, to come out in big numbers and to be fearless. I am thrilled to have been a part of it and I am excited to travel to Scotland.” Said Silvester.

Captain Abdullahi Hassan: From A Herdsboy In Wajir To Owning Successful Airline