Over the years, Kenya has seen children of prominent politicians and businesspeople locked in protracted court battles over properties left behind by their wealthy parents.

Such court battles have led to ugly fights that have publicly exposed deep-rooted distrust among these families.

Here are children from rich families that have been caught up in court battles over multi-billion estates left behind by the departed patriarch.

The estate include Cargen House on Nairobi’s Harambee Avenue, Windsor Hotel and Gateway Insurance Company among other assets

Wanja headed to court demanding a sixth of the property, further accusing his siblings, who were given powers by the High Court to administer the estate, of mismanaging it.

The family of former Starehe MP Gerishon Kirima was involved in a three-year court battle over ownership of his vast estate.

In this particular case, Kirima’s third wife Teresia Wairimu was locked in a bitter court battle her step children over the control of property owned by Kirima.

The feud ended in 2013 after the court distributed the businessman’s wealth among family members that had been named as beneficiaries.

Following his death, some women claiming he had sores children with them and demanded to be considered as beneficiaries of his vast estate.

At some point, Kanyotu’s body was exhumed for purposes of conducting a DNA test in the wealth dispute.

Such was Willy Kihara, a member of the Kanyotu family whose paternity was in question.

He was involved in a court battle between a company called Marriot Africa International over ownership of the late spy’s Ksh 10 billion land in Ruiru.

Kanyotu widows Margaret Nyakinyua and Mary Wanjiku were also involved in the case.

The land was 600 acres but about 260 acres were later sold to an international investment group and another 100 acres to Centum Investment, which used it to construct the Two Rivers Mall.

Other properties include a Ksh billion undeveloped plot in Nairobi CBD next to Re-insurance Plaza.

In the case, Koinange’s son, George Kihara was disputing the inclusion of his step mothers Margaret Njeri Mbiyu and Eddah Wanjiru Mbiyu in the property split.

He died without a will and so his widows and their children laid claim to his estate.

The dispute escalated in 2009 after Nyambura sought a review of a ruling that recognised two women as widows and beneficiaries of the estate.

The estate is under administration of his four widows, Margaret Wambui and her co-wives, Alice Mukuhi, Mary Wangari and Miriam Warau.

The properties include a 50-acre parcel of land in Engashura, Bahati and vast lands in Rumuruti, Laikipia County estimated to be about 1,000 acres.

Others are three plots in Naivasha and one in Nairobi valued at over Ksh 100 million.

The succession suit also led to the arrest and conviction of one of Kihika’s daughters, Peris Njoki, in 2015 of assaulting her step-sister, Caroline Wanjiku.

Kamotho had a will detailing how his estate was to be shared but he died without signing it. Immediately, differences ensued whether the family would use the will or file a succession case without it.

His properties includeed a five parcels of land at Gacharage, another one at Kakuzi, a house at Jadenville Country Homes and his matrimonial house at Kitisuru.

He had also bought shares in Safaricom, KenGen, Britam Limited, Absa’s predecessor Barclays, Sameer Africa and had a bank account at Standard Bank.

Veteran politician Ken Matiba died in April 2018 leaving behind properties valued at Ksh 732 million, although without a written will.

Following his death, Matiba’s widow Edith Wanjiru and her children Susan Wanjiku and Raymond Matiba moved to court seeking to take control of the estate.

The three argued that they had been given a green light by Matiba’s other children to take over the properties.

Kiambi tycoon Maurice Marie Guillaume De Brouwer died in 2005 and left behind a will showing how his properties would be distributed upon his death.

However, 16 years later, his widow Regina Njeri De Brouwer, is yet to sign documents allowing the distribution of his property.

The property include prime parcels of land in the lush Tigoni area and others in Switzerland, Belgium, and France, which were not covered in his written will. 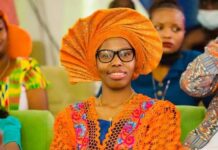 Trushar Khetia: The 35 Year Old Behind  Society Stores Supermarket And Tria Group Of...

Justus Murunga: The MP Who Lived Large While Family Struggled To Survive