Video by: the SUV geek

Drivers naturally become concerned about the reliability of a car as it ages. This is because of the risk of inconvenience and unexpected expenses as the miles rack up. One major issue no one wants to deal with is transmission failure. Transmissions can fail due to many reasons including hard shifting habits and manufacturer defects.

However, consumer reports data shows that some models carry a significantly higher failure rate than other models. When planning to buy a car avoid these used vehicles with specific model years at any cost:

These models have a number of issues hampering the reliability and trustworthiness, specifically the models between 2012 and 2013 have ample reports of transmission issues. The three-row mid size SUV comes with a six speed automatic transmission paired to a 3.6liter V6 engine. The Chevy Traverse suffered from delayed hard throttle down shifts as the transmission clung on to higher gears in order to help fuel economy. When the downshift finally arrived, it wasn’t particularly smooth. All of this along with the accompanying engine made the SUV feel slow and unreliable.

Despite a rummy rear seat and a good fuel economy, the Nissan Altima is not competitive among midsize sedans. In a segment brimming with better cars, the 2016 Altima is a lackluster choice. It ranks below virtually all of its competitors with a humdrum driving experience and a below per reliability record. The 2.5 4-cylinder and optional 3.5liter v6 engine are paired to continuously variable transmission (CVT). The CVT transmission was first used to create smoother gear shift and a higher engine performance capability but it backfired to poor reliability issues to specific models and brands. As per CR data the 2016 Nissan Altima has a defective trend of CVT transmission failure commonly appearing at around the 42,000 mile to 77,000 mile range and it’s not cheap to replace a CVT transmission. On an average, it can cost $4,000.

The 2011 Nissan Rogue’s 170 horsepower 2.5 four-cylinder engine provides decently strong acceleration with the CVT transmission. While the CVT allows better fuel economy on the compact SUV, its rubber band-like feel could leave many drivers uneasy. According to consumer reports, owners started to face transmission failures at around 94,000 miles mark which isn’t too bad but in a time where SUVs are expected to last 200,000 miles or more this isn’t a great mileage to have a major component fail. Drivers reported various ongoing issues with road transmission including leaks, ramp shifting, slipping transmission and overheating.

Car shoppers might consider a used Infiniti QX60 to be a luxury family vehicle. This may be the case for more recent model years but the further back you go, the dicey it gets. Consumer reports noted a 1/5 reliability rating and ownership satisfaction rating for the 2014 Infiniti QX60. Most of the vehicles negative feedback was due to its CVT transmission problems. The typical mileage when problems occur starts at 90,000 miles. One 2014 QX60 owner left a review on consumer reports stating;

“The CVT on the QX60 has already been repaired once and is starting to exhibit the same problems less than 10,000 miles later. This is just unacceptable quality in a $50,000 or more vehicle .”

If you’re looking for a mid size SUV, you would do well to steer clear of this obvious flop for the infinity brand, specifically the older model years.

Also Read: Top 5 Mid-Budget and Luxury Rental Cars for a Family of 5

For a budget conscious buyer, a used Ford Fiesta might seem like a smart option but if you plan to buy one you may be better off avoiding 2011-2014 model years which had the most complaints. Owners reported several problems on CR the major problem category for these model years were issues with the fiesta’s transmission. “Transmission problems can lead to a range of issues, such as overheating, slipping gears and holding onto a gear for too long,” says John Aivettsen, consumer reports chief mechanic. Ultimately minor concerns can lead to catastrophic failure leaving the car undrivable. This subcompact car got the lowest reliability and owner satisfaction rating on Consumer Reports (CR).

The Murano is a midsize premium 5-seater SUV with an upscale interior and many high end features. It comes with a strong V6 engine and a continuously variable transmission with front or all wheel drive. Murano has few reliability issues compared to other Nissan vehicles but 2011-2013 Murano model years didn’t escape from CVT failures. CR shows that transmission is the major trouble spot that brought Murano’s overall reliability to 3/5. A member reported transmission failure just when the warranty expired.

When test driving a used Murano, pay attention to how the CVT transmission operates. A whining or wearing noise, lack of power or shutter acceleration or delayed engagement indicate problems. Often CVT problems show up after driving for some time when the transmission fluid is fully warmed up.

Kia makes some great quality cars but of course there are some problematic ones that do exist. The Kia Forte is one of Kia’s most popular and best selling cars but it has had its share of issues, that have been with this brand for years. Unlike other vehicles, Kia Forte’s transmission issues started to pop up very early. According to CR, typical mileage when problems occur is between 12,000 and 23,000.

Pain can be felt in comments from Kia Forte’s owners and particularly those who experience problems with relatively few miles on their vehicles. One Forte owner said that the transmission went out at just 4,300 miles and it took 44 days for the transmission to be replaced under warranty.

Also Read: Reasons Why Hybrid Cars Are Becoming Popular On Our Roads And Their Main Disadvantages

Ford Focus is a good compact car at affordable price points if you can avoid the problematic model years. Transmission issues were present in the 2014 Ford Focus the most although 2012 and 2013 models were also affected. Most complaints cite severe hesitation and jerking when advancing from a stop. This issues aren’t isolated either and more concerning was that the problems were surfacing on an average between 30,000 to 60,000 miles.

Focus owners didn’t take the transmission failure lightly and a flurry of lawsuits began to surface and settlements were made to affected owners.

The pathfinder was transformed from a truck based work horse into a soft gentle car based SUV with three rows and seven seats. The power train combines a 260 horsepower, 3.5 V6 with a continuously variable transmission. Consumer Reports has given the lowest reliability rating for the 2013 and 2014 model years. Transmission and drivetrain were the primary trouble spots reported by the owners and the typical mileage where problem occurs indicated at 58,000 miles. On top of that the 2014 Nissan Pathfinder has been  recalled 10 times by the NHTSA for various issues.

The Nissan Sentra compact sedan can be found everywhere in the used car market and it seems like a reliable and affordable option for new drivers. However, the model years from 2012 to 2015 have some of the most frequent automatic transmission problems. CR shows poor reliability rating driven by major transmission issues. A 2013 Sentra owner stated

“Transmission failed catastrophically while driving. Left transmission fluid and little metal bits all over the road.”

The 130 horsepower 1.84 cylinder engine on the Sentra is paired to a CVT transmission. The combo is relentlessly noisy and the ride is stiff and rubbery while handling a surprisingly inept light and small car. 2014 models received a revised CVT steering and suspension tuning but they didn’t change the overall impression of the underwhelming Sentra. 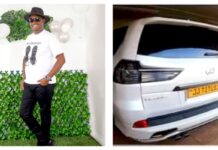 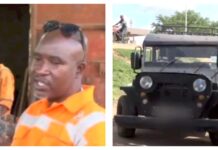 Ronald Osumba: How Peter Kenneth Running Mate In 2013 Elections Lost Everything Except His...

I didn’t think Kenya would be more corrupt than Nigeria: Why Dangote Dropped Plans...