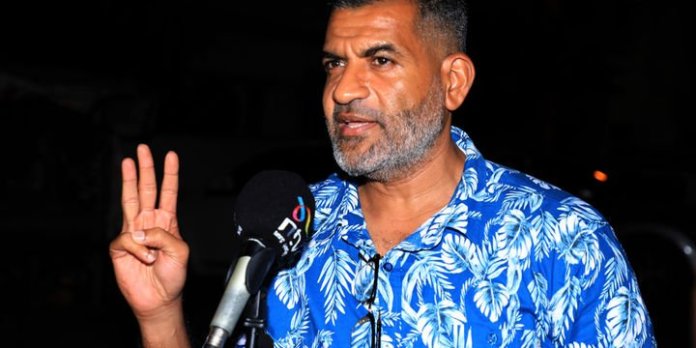 The rise of Abdulswamad Shariff Nassir to becoming the second governor of Mombasa County is a beautiful story of defying all odds. According to provisional results for elections held on 29th August 2022, he garnered 119,083 votes to fend off potential threat from his closest competitor Hassan Omar who received 98,108 votes.

Aside from politics, Abdulswamad is man who is said to be humble to the bone  despite the elephantine salaries and handsome perks that are associated with politicians.

According to an article dated September, 2021 that appeared on the Star, Nassir, then an MP for Mvita drove a simple Toyota Allion. Asked why he didn’t go for a fuel guzzler like his colleagues, he detailed that he found it feasible to own the Toyota Allion.

Additionally, the soft-spoken politician is a man who eschews the comfort zone. Despite the obvious benefits of having adequate sleep, it is said that at the time he was chairing the Public Investment Committee, Nassir would only sleep for four hours a day. He had a packed schedule that necessitated attendance of several meetings throughout the day. So busy was his schedule that journalists from the Star had to conduct an interview inside his car after previous attempts were postponed due to his commitments.

And it is reported that the Mvita MP never fails to return calls. As such, he is a person who understands the basics of inherent attributes of positive humanity. The legislator owes his personality to his upbringing. His father, Shariff Nassir, was a powerful cabinet member during the Moi era. However, he didn’t want to raise an entitled son and would sometimes take a flight from Nairobi to Mombasa and leave the young Nassir to board a bus.

The Mombasa governor-elect details that he has mostly attended public schools. He began his studies at Aga Khan Primary School and also studied at Lenana School for his secondary school education. By the time of completion of secondary school studies in 1992, Nassir had only had a three year stint in a private school (Coast Academy).

Unlike other prominent persons, Nassir is a man who is committed to his gym schedule. This is because he once weighed 130 kilos and he had to figure out how to lose weight. The secret that saw him attain his goal is eating healthy foods and working out. According to him, there were times when his car dashboard was packed with various drugs meant for lifestyle illnesses, but after losing over 40kgs he currently only walks around with a bottle of water.

Nassir says he visits the gym even when in foreign countries. In Nairobi, he sometimes takes the lunch time break for workouts. While in Mombasa County, he visits the Nyali Executive Fitness.

Abdulswamad is a father of 4: three sons and a daughter. He ventured into politics in 2013 when he was elected the MP for Mvita, then went on to defend his seat in 2017.

Aged 48, he says Raila Odinga played a critical role in mentoring him politically. In fact, he received a direct ticket to fly the ODM flag after an intervention that saw businessman Suleiman Shahbal shelve his ambition.

“I look at mzee (Raila) with a lot of respect. My political career has been with Raila since its inception. We consult each other on a number of things,” says Nassir as captured by the Star.

Read Also: Martin Wanyonyi: The First Person With Albinism To Be Elected MP In Kenya

Josephine Njoroge: The Thika Based Businesswoman Who Started A Multi-Million Cereal Business With Ksh2,900

Half A Billion Inua Jamii Cash Went To The Dead

Public Figures Who Have Been Betrayed By People They Assisted

Anthony Ngumo: Inside The Successful Venture of Man Who Begged DP Ruto For A...