The iconic Ol Jogi Ranch located in Nayuki is owned by the family of Late American billionaire businessman Alec Wildenstein. It is regarded as one of the must-visit travel destinations in the world by Forbes magazine.

It is one of the most expensive ranches as visitors have to part with £30,000 (approximately Ksh4.6 million) for a night.

According to reports, Ol Jogi is also the only sanctuary with a bear in the entire African continent. Here is a story of how the iconic ranch was established as researched and  narrated by WoK.

The establishment of the ranch dates back to the 1970s, when the Weldensteins developed an interest in Kenya.

Alec was born in August 1940 in Marseille, France, but his family later immigrated to the US where he grew up for the major part of his childhood. 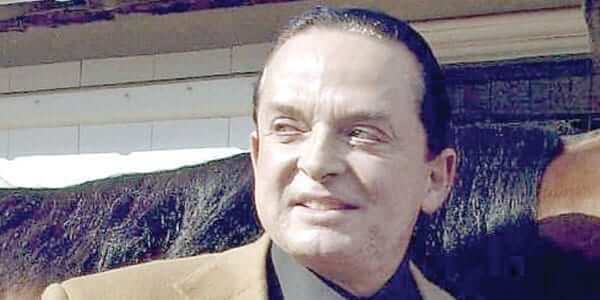 His grandfather, an art dealer, had established a small business which traded in the buying and selling of art gallery. The business was later inherited and expanded by Daniel Wildenstein, Alec’s father.

Interested in art just like the men before them, Alec and his brother, Guy Wildenstein joined the family business and together grew the empire further, attracting interest from prominent persons.

The two brothers were also into horse racing, and Guy established Ecurie Wildenstein racing stable in order to train horses and engage in racing events.

In 1977, the Weldensteins acquired 58,000 acres of land in Laikipia to set up Ol Jogi ranch. In 1985, the family acquired complete ownership of the ranch. Alec used the ranch as an exclusive getaway.

Unfortunately, Daniel passed away in 2001 leaving Alec and Guy to inherit half of the business empire which was valued at Ksh1 trillion.

Ol Jogi ranch remained to be the family’s exclusive compound for 35 years until it was opened to the public in 2013.

Alec died on February 17, 2008, in Paris. The ranch was inherited by Russian-born model, Liouba Stoupakova who he married in 2000.

Ol Jogi ranch rests on 58,000 acres of land (235 square Km) in a private conservancy within Laikipia County. It focuses on wildlife conservation by providing a safe habitat for indigenous and critically endangered species. The owners of the ranch work closely with surrounding communities in the conservation efforts.

Ol Jogi Wildlife Conservancy was established more than over 60 years ago in the location known for having the most diverse amount of large mammal species on the planet. In 1980, Ol Jogi became the second private rhino conservancy to be established in Kenya.

In 1986, Ol Jogi set up its Wildlife Rescue Centre to support the rescue of an increasing number of injured or orphaned animals being brought to the Conservancy for care.

In 1995, Ol Jogi opened a world-class Veterinary Clinic to enable efficient medical support to injured wildlife, as well as being able to conduct veterinary research to support our mission.

In 2005, Ol Jogi expanded its rhino sanctuary to the entire Conservancy and developed a unique fence enabling its rhinos to be protected within its boundary while allowing the free migration of all other species.

It provides a sanctuary to approximately 60 endangered rhino. The entire ranch is surrounded by an innovative ring-fencing system that has 16 areas that won’t allow the rhino through but will allow other species to migrate freely back and forth.

The ranch has seven guest houses which were individually designed and are filled with furniture and treasures that were in the family’s own home. They have stained glass windows which give visitors a picturesque view of the surrounding environment.

Other animals at the ranch include; elephants, hippos, wildebeest, gazelles, birds of all description plus many other species .

Patrons of the ranch are treated to horse riding treks, game drives, bird watching, visiting the wildlife research centre and vet clinic and other activities.

Today Ol Jogi represents an important safe haven and breeding ground for wildlife. The conservancy boasts a population of over 100 rhinos. It also has one of the largest populations of Grevy Zebras in the world and among other endangered species.

The ranch also has an impressive Wildlife Rescue Center and state of the art Veterinary Clinic that services the whole of the Laikipia region. Ol Jogi is able to support the rescue, recovery, and rehabilitation of local wildlife when needed.