Gor Mahia FC is the first African team to ever have played on English soil against an EPL team. Their opponents, Everton FC, showed class as they have outplayed the Kenyan 17 time league winners on almost all departments. Two goals apiece in each half from Ademora Lookman, Kieran DowelL, Broadhead and Niasse spoilt the party for Gor Mahia.

K’Ogalo, as Gor is popularly known, will make a tidy sum from this match. Apart from the exposure-and catching the eye of one or two scouts-the players would have received a much higher pay if they had won or atleast drawn. But the odds were obviously stacked against them. The culture shock, unforgiving low temperatures and some have even blamed ODM leader Raila Odinga presence at Goodison Park for Gor’s thrashing.

SportPesa-which is the jersey sponsor for both Gor and Everton-was involved in organizing the highly anticipated match. The giant gaming firm CEO Ronald Karauri handed a token to K’Ogelo to boost the morale of the players a day to the big match.

Karauri gave the team kes2.1 million which will be shared among the 24 players named by coach Dylan Kerr, a drop in the ocean for Everton players.

… and the surprise of the night ahead of tommorow's game was when SportPesa CEO Ronald Karauri stormed players' private dinning room with a token of Sh 2.1 million to the players and technical bench.#Sirkal #EFCvGOR pic.twitter.com/5BriI4BrWp

The amount will be shared as follows-assuming the technical bench is left out of the equation.

Each player will receive kes87,500 from the money given by Karauri. The players will also receive allowances of between US$100 TO US$150 per day during their stay in UK. 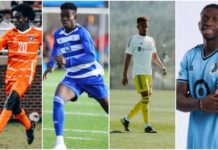 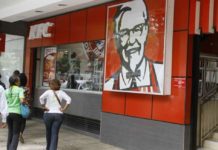 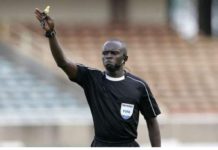 Lwam Getachew Bekele: The Little Known Raila’s Daughter In Law And Her Quest For...