Brigadier James Githaga is the Managing Commissioner at the Kenya Meat Commission (KMC). He was appointed to the role two years ago by President Uhuru Kenyatta after the state agency turned into a loss making machine.

Two years at the helm of KMC, Brigadier Githaga has transformed KMC from a parastatal that was buried in losses to making Ksh3.6 billion per year from Ksh300 million sales per month.

Speaking during an interview with Citizen TV on Thursday, June 9, Githaga shared that efficiency and transparency in running the commission have been the key pillars to the commission’s success.

“Currently we are doing sales of more than Ksh300 million monthly. In terms of procurement, initially, we had a supplier base of 20 farmers but we have since increased that to over 1,200,” Githaga explained.

Also Read: Ex-Military, Family To Get Jobs And Scholarships In New Law

Before his tenure at KMC, the state agency was making less than Ksh5 million per year. According to reports, the commission recently paid out Ksh150 million in the first quarter of 2022.

Githaga ensured that operations at the factory are efficiently run, and to keep the plant running. He revealed that KMC pays suppliers in under 72 hours.

For value addition, KMC has embraced other products that are packaged and exported to increase its market value.

“When we took over, all the machines that operated along the processing lines were broken but now we have them up and running and we are currently doing over 42,000 cans of canned beef that is supplied to the disciplined forces in the country which they were initially importing,” Githaga said.

KDF is currently seeking ISO certification which will allow the state-owned agency to export meat products to other parts of the world and expand by franchising meat retail shops in various parts of the country and get the products closer to the market.

When KDF took over the operations, they first repaired broken machines, significantly turning around the commission’s fortunes. It was once among the state corporations that had been earmarked for privatisation to save it from collapse. 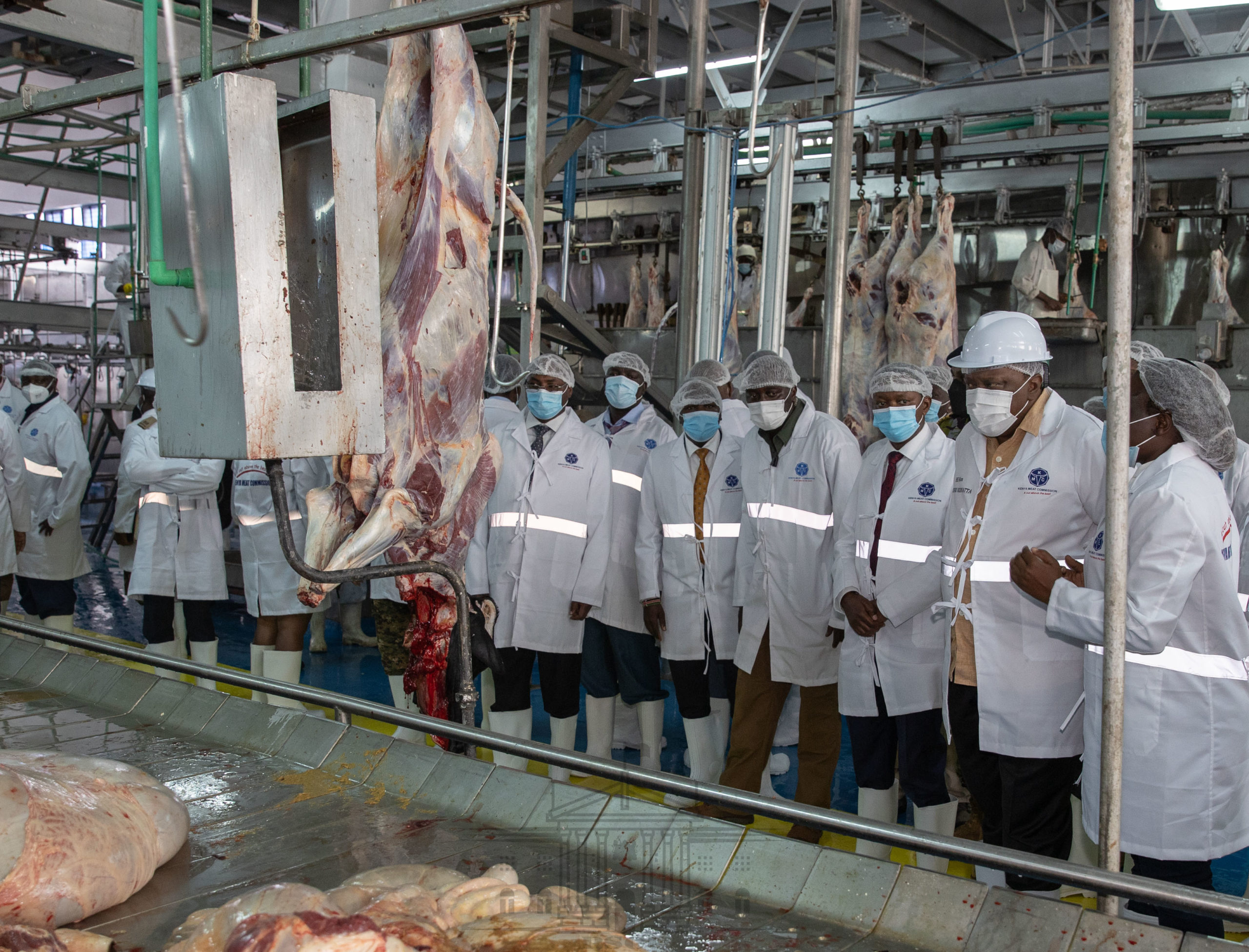 Before the KDF takeover, production was at its lowest with only eight animals being slaughtered, which was way below its daily capacity of 1,000 cattle and 1,500 sheep or goats. The agency was grappling with an unreliable supply of raw material and an aging plant, which slowed down its operations.

But now KMC does 300 cattle during the day and another 300 at night if the demand is high. The commission now employs ver 200 permanent staff and 300 contracted workers on duty.

According to Githaga, Ksh687 million went into refurbishing the factory, purchasing and livestock for the target market (security agencies, government ministries and departments).

“Around Ksh90 million went to the purchase of new refrigerated trucks, Ksh45 million was spent on installation of information management systems for accountability while Ksh427 million was used for the purchase of livestock for the first three months,” he added.

In May 2021, President Kenyatta applauded KDF for reviving Kenya Meat Commission (KMC) saying the Government’s decision to transfer the meat processor to the Ministry of Defence was aimed at salvaging the livestock sector which is a mainstay for millions of Kenyans.

“As a key stakeholder and consumer of KMC products, the stewardship provided by the Ministry of Defence provided the Commission with economies of scale, predictable product demand, better focus on efficiency, and a diversification of its product lines,” the President said.

The meat processor, with an installed daily slaughter capacity of 1,250 large animals and 2,000 small stock, was transferred from the Ministry of Agriculture to that of Defence in September last year.

The President thanked KDF and the various agencies that were sourcing their meat requirements from KMC such as Kenya Prisons, Kenya Police Service Training Colleges, National Youth Service and Kenya Wildlife Service, and urged more institutions to make the meat processor their supplier of choice.

Besides the meat value chain, the President identified the leather sub sector as one of the greatest beneficiary from the revamped KMC saying the Government had a comprehensive plan to enhance the uptake of hides and skins from the factory by local tanneries.

He thanked KMC for establishing partnerships with existing abattoirs in major livestock rearing counties and urged KDF to prioritize the revival of Kibarani abattoir and Shimanzi meat depot to carter for the coastal region.

Further, the Head of State challenged KMC’s new managers to leverage on regional and continental trade arrangements such as the African Continental Free Trade Area (AfCFTA) to put their products into the international market by obtaining appropriate export certifications.

“Even as we set our eyes on Europe, Australia, New Zealand and Middle East for exports, a significant portion of our growth will be from emerging markets, many of which are right here in Africa, where the population is growing, and more consumers now enjoy improved purchasing power,” the President said. 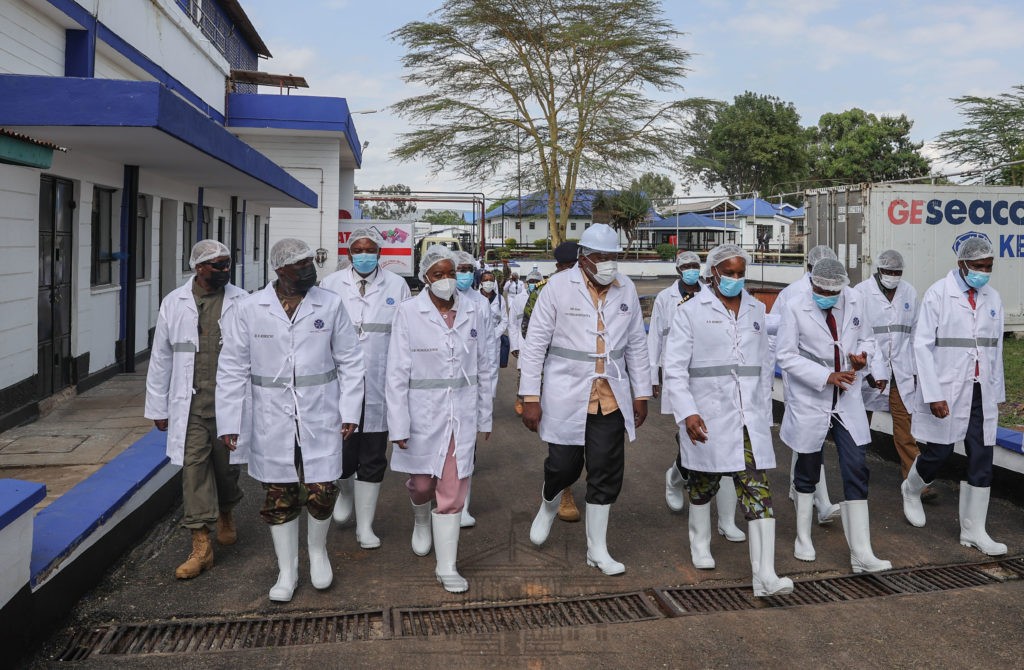