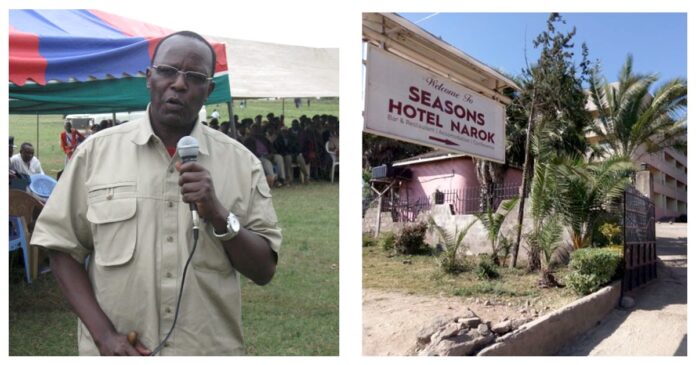 The businessman, who hailed from Kilgoris in Narok county, died in April 2021 while on his way to Avenue Hospital after complaining of chest pain, at a time when COVID-19 infections were high. The family however ruled out the possibility that Kiptunen might have succumbed to COVID-19 complications, saying he was tested a few days before and the results were negative.

Mr. Kiptunen ventured into the hospitality industry in 1999 after starting Aviation Services Limited between 1996 and 1998.

He was managing director of Air East Africa for two years and before that he was the general manager Kenya Airports from 1989 to 1994. He also served as Nairobi airport manager for KLM, Swissair and SAS airlines.

He held a diploma in hotel management, airlines operations, airlines management and a BSC in Business Administration.

Other than being a successful businessman, Kiptunen was also a revered leader in Narok and even tried his luck in the 2013 General Election, when he vied for the Governor position. However, he lost his bid as an independent candidate to Samuel Tunai.

That was not his first stint in politics. In the 2002 and 2007 polls, the hotelier vied for Kilgoris parliamentary seat but lost to MP Gideon Konchellah.

Stephen Mung’ara: From Repairing Bicycles In Nakuru To Owning The Multi-Million STEM Hotel