The introduction of information and communications technologies (ICT) into the Kenya electoral process was supposed to be a game change. Most electoral management bodies around the world use new technologies with the aim of improving the electoral process and avoid unforeseen risks that could compromise transparency during elections.

In Kenya, all factions of the political divide invested heavily on their IT teams in order to run parallel vote tallying centers and keep up with IEBC portal updates.

President-elect William Ruto running on a Kenya Kwanza ticket and his main challenger Raila Odinga of the Azimio coalition, each tapped two leading IT gurus with clear assignments to boost their teams in their race to statehouse.

Here is the profile of the two IT professional as told by WoK. 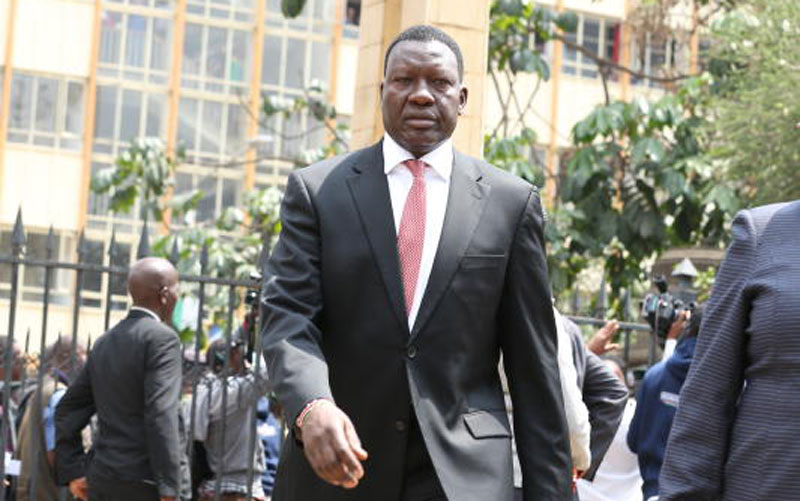 Davis Chirchir led the outgoing DP’s wing in the IT department and is the current chief of staff in the Office of the outgoing Deputy President. Mr. Chirchir acted as the chief Jubilee party agent, and also represented President Uhuru Kenyatta at the national tallying centre in the 2017 elections.

In 2017, he was specifically mentioned for logging into IEBC Chairman Wafula Chebukati’s IEBC account multiple times with the intention of aiding President Uhuru Kenyatta to win elections. Raila Odinga, who disputed the outcome of the 2017 elections, claimed that Chirchir had hacked into the IEBC chairman account and manipulated the results of the election. However, no proof was produced to support that accusation.

He has a Bachelor of Science degree from the University of Nairobi and a Master of Business Administration from the Royal Holloway, University of London.

The Azimio IT team was led by George Njoroge, the East African Data Handlers chief executive officer and managing director. He has served as Managing Director of the company since establishing it fifteen years ago.

He is a member of the International Society of Forensic Computer Examiners (ISFCE), and holds an MBA in Global Business and a degree in ICT from the Jomo Kenyatta University of Agriculture and Technology (JKUAT).

His professional career has seen him hold a number of key IT roles in the private sector. In 2004, he spent ten months at Microsoft before moving on to Sahara Computers as IT Manager for Kenya and Uganda.

Between August 2005 and October 2006, he served as IT Manager at AITEC Africa, an ICT-focused professional development and training firm. Njoroge’s roles at AITEC included managing the company’s ICT infrastructure.

In 2007, he jumped into entrepreneurship when he established the East Africa Data Handlers. The firm has grown into one of the region’s most sought after data companies and counts several large businesses among its clients.

In Azimio, he was tasked with overseeing the campaign’s assessment and analysis of results being tallied and transmitted by the Independent Electoral and Boundaries Commission (IEBC).

Who Owns Dafabet? Here Are Names Of Shareholders And Their Stake In The Betting...

On Who Owns Kenya: Fred Ngatia Net Worth