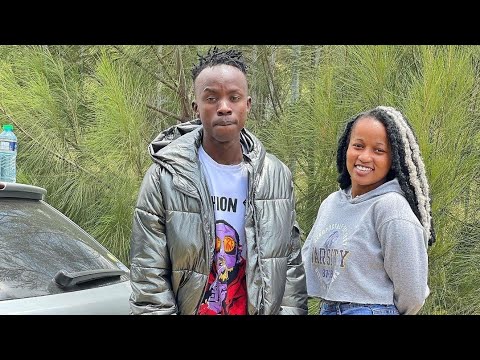 The States Family is a Kenyan celebrity couple with content on YouTube and TikTok. The couple-in their early twenties-is known for their lavish lifestyle and claim that they are millionaires. In a recent interview with Presenter Ali, States and his wife told their story and how he supposedly became a millionaire at only seventeen years of age.

He went for Primary school education in Huruma at Huruma Primary School, and completed primary school when the post-election violence broke out in 2007. States, who describes himself as a headstrong individual, claims that he has never smoked marijuana or drank alcohol in his entire life. This is even when he was surrounded by so much temptation from his peers when he was growing up.

In the interview, States mentioned that he was a stubborn child in high school, always itching to sneak out of school and engage in mischievous activities. Unlike other children who wanted to be professionals in careers like medicine and engineering, States wanted to be a business. This is what informed his choice of course when he attended the KCA college in Nairobi.

Life in college was not a very easy one, especially because of his humble background. He was not able to afford the things his classmates could afford at the time, and even getting and maintaining a romantic relationship was a problem. Keeping in mind the poverty that was back home, and seeing his father struggling with his job, he decided to do something to change his situation for the better.

After a substantial amount of research online, he landed on writing assignments online. That is when he came up with the idea of coming up with freelance writing accounts, growing them and selling them to writers seeking to get good accounts. He revealed that he sold an account for about Ksh 150,000, of which he could sell even ten in a day, making about Ksh 1.5 million in one day. That is how he was able to make money and free himself from the shackles of poverty, at only seventeen years of age.

From the proceeds he got from his new found business, States was able to build his mother a house upcountry, build his own ‘bachelor’s house’ and bought a car worth Ksh 1.2 million.

Since then States has been able to establish himself as a businessman, venturing in other forms of business. He is now married and looking to soon start a family.

Top Ten Richest People In Western Kenya And Their Investments