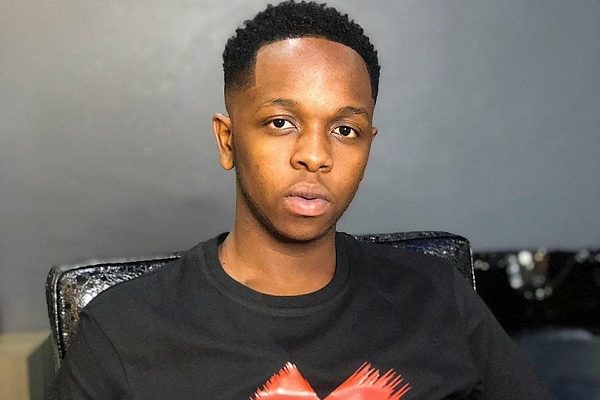 Contrary to common belief, Malik Lemuel, popularly known as Govi of the hit-show Machachari, was not born with a silver spoon in his mouth. He is a household name having featured on Machachari, which aired for over a decade.

Speaking in an interview with Jalang’o on his YouTube Channel last year, Govi disclosed that he was raised in the informal settlements of Wangige and Imara Daima’s Mukuru Kwa Njenga slum.

“I was born in 2000 in Kenyatta Hospital, a public hospital. When I was growing up, those days we were house hopping.

My dad would take us to his cousins, get kicked out and so on. We moved to Wangige, then Imara Daima and finally South B. We really struggled until my dad flew to UAE, and Machachari gig came through,” Govi said.

What was shocking however, was Govi narrating how he was forced to become a matatu tout in South B at only five years of age, because of the hardship back at home.

“I was a Makanga at South B at only five, we could come from school and hit the matatu stages to fill up matatus. My cousin was the one who was teaching me the ropes,” he said.

In the tell-all interview, the former Machachari child-star disclosed how he made a name for himself through his roles in Makutano Junction, Machachari and other projects.

Govi also revealed that his first gig was a voice over when he was only two years old for Famila Uji.

“It was after the Machachari gig when things started to look up for me and my family,” he added.

In the same interview, Govi revealed that unlike some rumors had earlier indicated, he was not fired from the show but had quit earlier.

The 22 year old is now in campus, pursuing a degree in International Relations. He recently made headlines after disclosing that he is open to dating older women, during a Q and A session with his followers on Instagram.

He is also an entrepreneur. He disclosed that he decided to start his own real-estate company, Dutch House designers, that designs houses and sells property.

He also has a partnership tours company called Dilip tours and travel.

The young lad has however not completely quit acting. He has featured in an educative teen TV series dubbed Flash Squad, which appears on Akili Kids, the first and only dedicated and local free-to-air children’s television channel.

The actor’s fortunes have been on upward trajectory since then. In a separate article appearing on this blog, Govi, now plays Dimory on Showmax series Pepeta-claimed he makes upwards of Ksh5 million per year.

“As you can see for yourself, I have a good life- in a year I can make up to Sh 5million,” he said.

John Magiro: The Student Who Scored A D- In KCSE Now Generating Electricity From...

Dr. Joe Wanjui: The 84 Year Old Billionaire Who Was World Bank’s Landlord In...