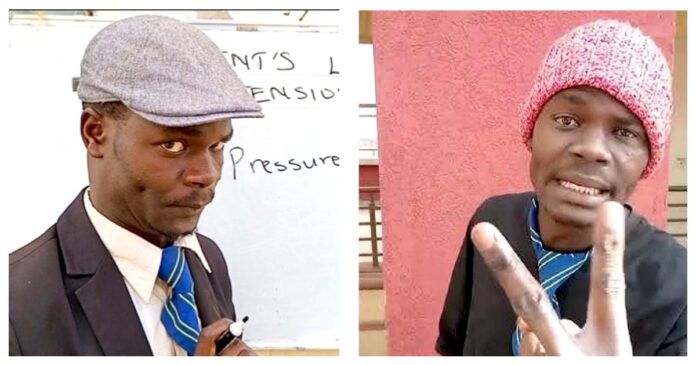 Kalausi Creatives is a Kenyan comedian who makes funny short videos playing a teacher. The comedian shares his videos on multi social media platforms, with the dominant one being TikTok. He has amassed 1 million followers and over 8.8 million likes on the platform.

The comedian recently made an appearance on 2mbili TV with fellow comedian 2mbili, where he gave an interview about his hustle and how he acquired his new car, a Mazda Demio worth Ksh. 700,000. Speaking about the funds for the car, Kalausi noted that he was able to purchase it through funds from him Tiktok content creation and a bit of support from Prince Indah, a popular Luo Benga musician.

He also noted that his dream car is an Audi A4 and a Mazda CX5. When asked about the choice of car, Kalausi revealed that he wanted to start small, since he is also from a humble background.

To the shock of many, the popular TikToker also revealed that the least amount he has used to fuel is Ksh 200, while the most he has used is Ksh 10,000.

In the near future, the comedian hopes to purchase his dream car. He also plans on making more videos and more content on his platforms.

2mbili is a stand-up comedian, a parent, a content creator and a TV and radio host. He has his own comedy YouTube channel, 2mbili TV, where he often uploads highly engaging videos.