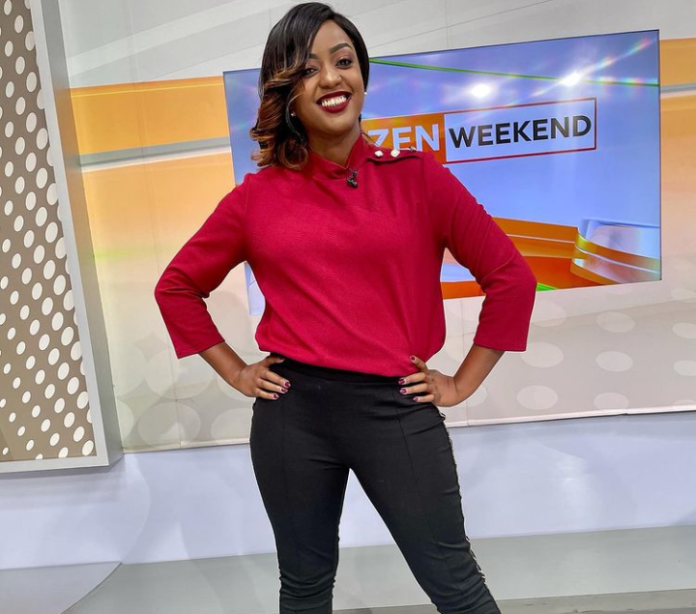 Joyce Mukami Wambora is one of the most notable female sports journalists in Kenya. She is currently working at Citizen TV as a sports anchor.

However, her career was not always anchored in media. Before appearing in front of the  camera, she worked as an Advocate of the High Court of Kenya, with some experience in the legal field.

She studied law at the University of Liverpool, UK and later joined the Kenya School of Law. After her studies she worked as a Legal Assistant for a local bank on weekdays. She would later shift to hosting and analysing a sports show on Capital FM between 2011 and 2016.

In 2016 she left her legal career to venture into sports journalism full-time, joining Radio Africa Group in 2016 for the Bamba Sports show. Mukami was the pioneer presenter of the 24-hour sports station alongside three other journalists and hosted the Monday Night Football TV Show as well as produced, scripted and anchored Sports Zone News.

After one year at Radio Africa, she joined Citizen TV which was reinforcing its lineup of presenters. It was here that she was thrown into the limelight ad became the household name she is today.

She has interviewed global sports personalities such as Arsenal legend Thierry Henry, Brazil legend Ronaldinho and Manchester United legend Rio Ferdinand among others.

Mukami, who is also Embu Governor Martin Wambora’s daughter, is a big Arsenal fan. Earlier this year, was in the United Kingdom to cover the business end of the 2021/22 English Premier League season, paying visits to Arsenal’s Emirates Stadium, Manchester City’s Etihad Stadium and Liverpool’s Anfield.

Other than her career in journalism, she is also a mental health advocate. She is a co-founder of a mental health start-up, Uko Sawa, an online platform that makes counselling more accessible to young people by connecting them to a qualified counsellor in a simple, convenient, secure and cost-effective way.

Uko Sawa consists of counsellors who have undergone an extensive vetting process and are ready to help people increase their ability to deal with stress, reduce risks of illness, enjoy overall well-being, resilience, and a better quality of life, and nurture positive interactions.

She continues to be an inspiration for young female journalists throughout her career. On her free time she enjoys playing football and is also a pro-gamer.

Where To Buy Affordable Land In Kenya And Prices