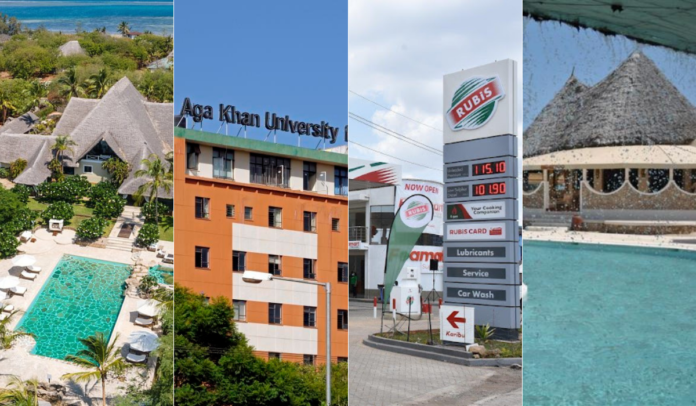 Kenya is ranked among the leading investment destination in Africa. This has been backed up by the multi-billion investments poured into the country by foreign businessmen and conglomerates.

These international businessmen and investors have established and owned some of the most expensive properties in Kenya and the region.

In this article, WoK profiles some of the multi-billion properties owned by foreigners in Kenya.

The Hospital and primary medical centres are part of the Aga Khan Health Services, which is one of the most comprehensive private non-profit health care systems in the developing world. It includes 325 health centres, dispensaries, hospitals, diagnostic centres and community health outlets. 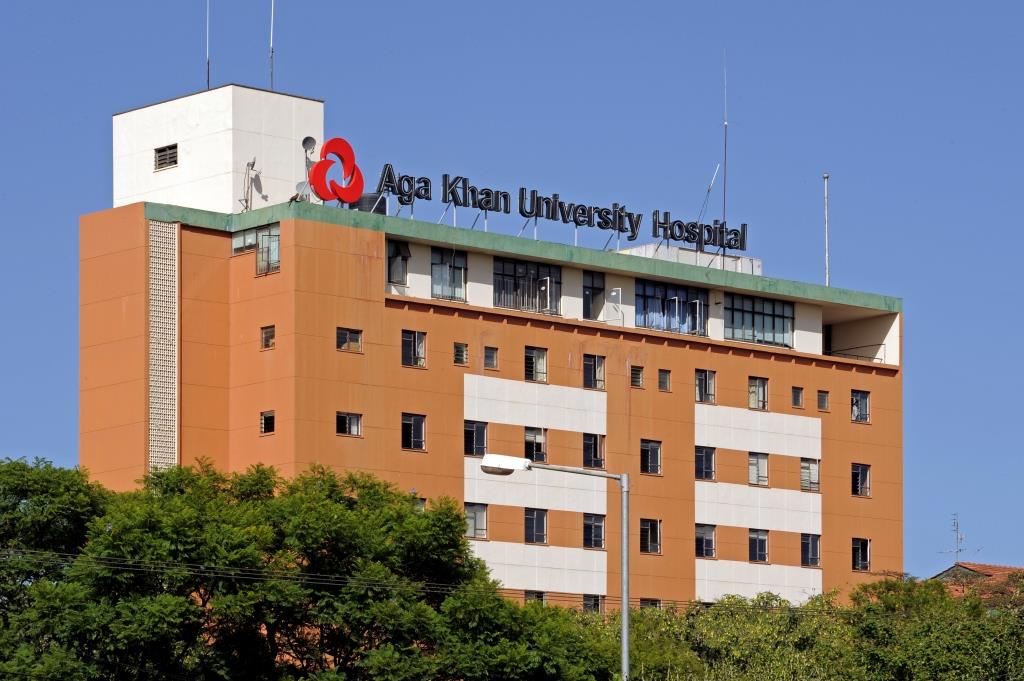 Aga Khan University was founded in 1983 as Pakistan’s first private university is a non-profit institution and an agency of the Aga Khan Development Network. It is among the largest private healthcare providers in Pakistan and East Africa.

The Aga Khan Hospitals are a network of international hospitals based in Dar es Salaam, Mumbai, Kisumu, Mombasa, Nairobi and Pakistan. The Hospitals are managed by Aga Khan Health Services, one of the most comprehensive non-profit healthcare systems in the developing world.

In recent years, the Hospitals have grown, expanding services and upgrading their facilities. The expansion programme has emphasised the introduction of new diagnostic services and the raising of the quality of care to international standards.

The multi-billion commercial and residential city is located 40 kilometres north of Nairobi. 50 per cent of the 1000 acre property is reportedly owned by Russian developer Renaissance Group.

“So far $100 million has been invested, $250 million will be invested for the next phase but over time it will be a multi-billion dollar project. Within Africa, Kenya is one of the most dynamic economies. It has very fast economic growth and a fantastic investment climate for long term investors,’ Renaissance Group chief executive Stephen Jennings told Reuters in 2010.

Rubis is the leading petroleum companies in Kenya following its acquisition of Kenol Kobil in 2019 in a Ksh36 billion takeover.

The company is owned by a number of shareholders both international and local.

The company is now owned as illustrated below.

Also Read: Rubis Energy: List of Shareholders And Percentage of Their Ownership

Billionaire Resort and Lion in the Sun Resort, both in Malindi

The multi-billion resorts both located at Kenya’s Coast in Malindi, Kilifi County are owned by Italian billionaire businessman Flavio Briatore.

The hotels are famed for hosting international celebrities such as British supermodel Naomi Campbell and former Italian Prime Minister Silvio Berlusconi in the past.

Briatore created the Billionaire nightclub brand in 1998 and owns a club in Sardinia. In August 2012, he opened Billionaire Italian Couture Marbella. He also opened Cipriani’s restaurant in Mayfair, London, in 2004.

He is famous in Kenya for his role in upgrading Malindi as a tourist destination.

In 2018, the billionaire decried the declining status of Malindi – Kilifi County, as a tourist destination. He threatened to pull out his investments in the country if the government did resolve the poor business environment in Kenya.

“Investors cannot put their money on a stinking and filthy town and the roads [are] full of potholes,” he was qouted by the Standard.

“We have 10 resorts and close to 100 private villas in this area yet the local administration deemed it fit to set up a dumpsite in our midst,” Briatore lamented, at the time.

The group of schools are owned by businessman Jay Kimmelman together with his wife Shannon May.

The group of Schools is spread across different countries in the world and has so far invested close to Ksh 10 billion in the education sector.

The multi-billion hotels are owned by billionaire investor Franco Rosso.

He is also behind a chain of luxurious beach resorts in different African countries, Italy and Switzerland.

According to the Malindi Dream Garden hotel website, spending a night at the facility will cost you up to Ksh 20,000 per person.

The exquisite property sits on 50,000 acres of land in the vast Laikipia plateau. It is owned by German tycoon and former Puma Chief Executive Officer, Jochen Zeitz.

Segera is among the most exquisite retreats in the world and consists of eight villas on the foothills of Mt Kenya. It has been named among the top ten luxury vacation destinations in the world by the Los Angeles Times.

The retreat has six beautiful villas built with timber and thatch. They are raised above the ground and offer spectacular views of Mount Kenya. Each villa is unique, providing complete privacy and exclusivity for the guest. The gracious Segera House and Villa Segera boast even greater privacy and luxury.

The main area comprises the Paddock House, Wine Tower and renovated stables, complete with a bar and dining room filled with art. 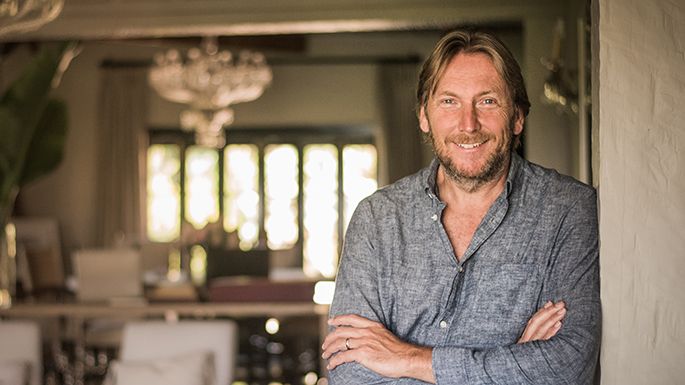 The exquisite hotel is owned by British Billionaire philanthropist Michael Alan Spencer, Baron Spencer of Alresford who also doubles as an MP in the UK Parliament House of Lords.

Sirai House is situated in Borana Conservancy – Laikipia County at the foot of Mount Kenya. The lodge sits on 250 acres of land high on a ridge with spectacular views in all directions, surrounded by indigenous forests and game-rich hills and plains.

Some of the activities at Sirai include fly camping, picnics and sundowners, retreats, game drives, walking safaris, and riding safaris.

The lodge is arguably Kenya’s most expensive destination with suite prices starting from approximately Ksh1.5 million each night and its policy requires guests to stay for a minimum of three days. For each stay, therefore, one part with at least Ksh4.5 million for three days.

The Malindi based resort is one of the most luxurious hotels along Kenya’s coastline. It is owned by Italian businessman Antonello Di Mauro.

The Kola Beach Resort is completely Italian-themed, to the extent that the employees, including natives, converse in fluent Italian.

Unlike many other resorts, Kola doesn’t serve buffets, neither are there flat-screen television sets nor plain pool towels in patrons’ rooms. The resort maintains a rather unique touch with fine Italian dining for meals and kikoy towels.

Guests frequenting the place prefer spending late nights outdoors, staring at the sky, and one desires a TV, the games room is hooked up.

The resort has been hailed by veteran journalist Jeff Koinange as one of the best in the country. 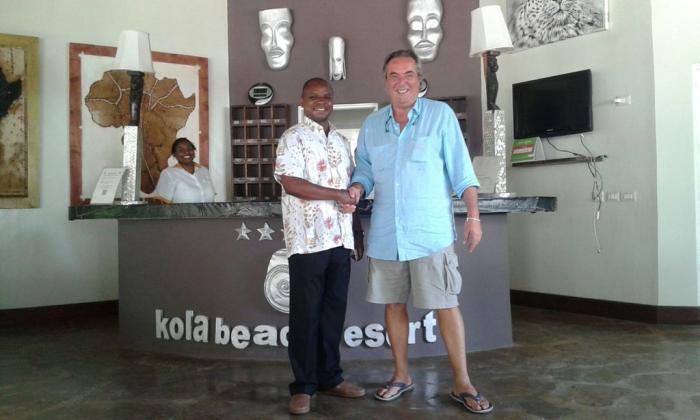 The luxurious hotel has 12 well-furnished modern tents that can accommodate up to 2 adults which brings it to a total of around 24 guests at any given time.

According to the details provided in the hotel’s website, the hotel charges Ksh107,400 per person for a night during low seasons and Ksh172,750 per person during the peak seasons and Ksh 161,950 for people who love extra activities such as game drives.

CEO Who Started Earning 6-Figures at Only 18 Years

Inside The Stately Mansion The Ksh 230m Sportpesa Winner Who Claimed To Be Broke...

Salaries And Benefits Paid To Kenyans In The British Army Officers