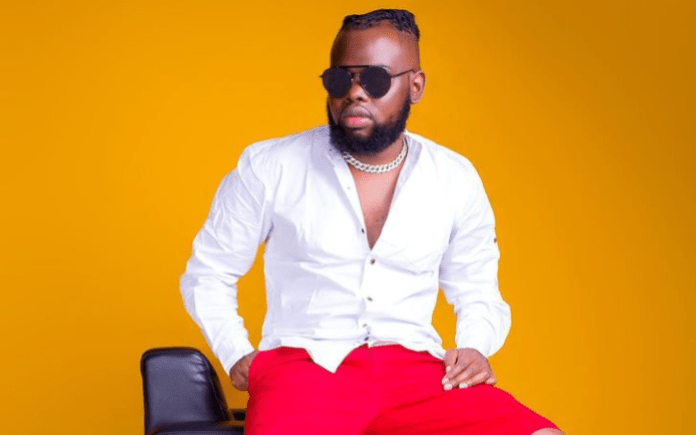 Nicki Bigfish is a renowned Kenyan comedian who has carved a niche for himself by specializing in pranking random people on the streets. It is this field considered risky that has attracted a massive number of followers across various social media platforms including YouTube where he boasts of 118k subscribers.

Nickson attended Eastleigh High School where he scored a straight A in the national examination. According to his KCSE certificate that was previously shared online, he scored straight A’s in all but one subject.

The comedian was brought up in a christian background and both of his parents held church positions. It is because of this that he joined the church choir at a very tender age. In one of his latest interviews, Nickson said he still attends Sunday services despite his comedy videos painting him as a person of mischievous character.

Details about Bigfish’ siblings remain scanty. Previously, he took to Instagram asking for help to trace his younger brother known as Samuel Asitwa who had disappeared in Nairobi.

Nickson’s choice to pursue comedy was met by immense resistance especially from his father. Just like renowned Youtuber Wode Maya who was sharp in class, it was an uphill task to convince his dad about his passion, even though Nickson’s mother was wholly supportive.

The prankster owes his success in the highly competitive industry to Felix Odiwour alias Jalang’o who supported him in his early days as a comedian. According to Bigfish, it is Jalang’o who gave him a space at National Theatre which he used to produce and edit his work.

Previously, Bigfish has featured in Churchill Show in a group called Ribcrackers. The comedian however says it took persistence and a high pain threshold before they got recognized as they were scorned at and turned down in many  auditions.

Nickson was also a director and prankster for Citizen TV’s show called Naswa and has featured for Jibonge show on Ebru TV.

He describes comedy as a source of his livelihood but laments that Kenya is yet to fully appreciate the culture of arts. Moreover, he opines that his work is a risky one and sometimes his pranks go wrong when he is attacked by people.

In fact, in March, 2020 the prankster was beaten and admitted to hospital when he pulled a prank on two masculine bouncers. He is said to have crossed boundaries and asked whether they used drugs to build their muscles. Before he could defend himself, the two infuriated men had already descended on him with blows.

“I risk my life because I meet people I know nothing about. It may be an undercover police, NIS officer or even criminals – there is a lot of risks involved,” he told Wicked Edition.

The prankster has also revealed a past incident where a licensed gun holder brandished a piston when he tried to prank  him. This prompted him to swiftly explain what he was after, thereby surviving by a death scare.

In order to protect himself, Bigfish has been forced to walk around with two bouncers and a police officer.

Controversies and Being Kicked Out of An Apartment

The prankster has previously gotten himself trending across the Kenyan blogosphere especially after appearing to go overboard. In November 2020, he pulled a prank on a random girl he met on the streets, asking her for a phone number to which she declined. However, the comedian’s confidence appeared to have struck a chord with the girl especially after he asked her to kiss him. The duo then embraced and exchanged kisses in public before he told the girl he was only pranking her.

In Nicki Bigfish’s latest prank  he went to the streets recording random people while falsely claiming they were agents, caretakers and landlords. The prankster alleged these people are ruthless and possess distasteful characters.

“If you delay (paying the rent) for even a single day, they lock your house,” he said.

However, the owners of the apartment which Bigfish has rented got annoyed after the estate’s tenants shared the clip on WhatsApp.

Ndegwa and Kilimani Holdings wrote a 30 day vacation notice to the comedian alleging he was inciting fellow tenants against paying rent.

“Our view is that this video which is in bad taste is aimed at inciting other tenants in this estate to delay or look down upon our agents. Kindly vacate our premises after the stated day,” reads the notice dated 7th March, 2022.