Peter Mahu Muthee is a businessman whose stable extends to a variety of industries. He is the founder and chairman of Anchor Group, a company that has vast business interests in various sectors of the economy.

He was a second-year student when his father GM Kariuki passed away. The late GM Kariuki was a renowned politician Nyeri businessman who operated a hardware store and built a big name for himself in the area.

Following his death, Peter inherited Ksh300,000 which he used to build on what his father left. Most businessmen provided him with goods on credit as he started out owing to his father’s good reputation.

Peter grew his business empire to traverse across various sectors. Anchor Group of Companies comprises of; GM Kariuki Hardwares – a hardware business left behind by his father, New Age contractors – a construction company that offers building and road construction services.

Anchor Flour Millers – based in Nyeri, some of the company’s popular brands include Dabo Maize Flour, Nyumbani Maize Flour and Good Mother Home Baking Flour. Anchor Feeds – a subsidiary of the milling company. They decided to turn the residue from the mills into feeds for poultry and pigs among others. The residues are infused with additional nutrients.

Anchor Group is also involved in bottled water from the Aberdare highlands, and also has an interior design company.

Peter Muthee is also the brains behind Thika Golden Pearl Residences, a gated community that boasts multiple amenities including schools and medical facilities.

The hotel is located in Kieni, Nyeri county. It is a serene sanctuary perfect for holiday getaways, family outings, and business meetings.

The hotel is tastefully decorated with beautiful wooden finishes, giving it a homely atmosphere. The decorations are a fusion between pan Africa, the Western world and a hint of Arabic.

It offers beautiful views of Mt. Kenya and is also a short drive away from the Aberdare National Park. It has been praised for its incredible delicacies catering for everyone including vegetarians.

The friendly staff have also been highly praised by a number of guests. Surrounding the lodge, are lush green lawns that are well taken care of. It also comes with a state of the art conference facility and a swimming pool. The rooms have Wi-Fi, comfortable beds and big bathrooms to suit guests’ needs.

This is a magnificent royal-like grandiose hotel situated in King’ong’o, Nyeri County. It was Muthee’s dream and at first, he wanted it to be his house. However, as it took shape, he saw the opportunity to make money out of it.

In 2016, The Standard reported that the hotel would have 25 rooms upon completion and investors had been invited to buy hotel rooms. This gave them the entitlement to a monthly rent. 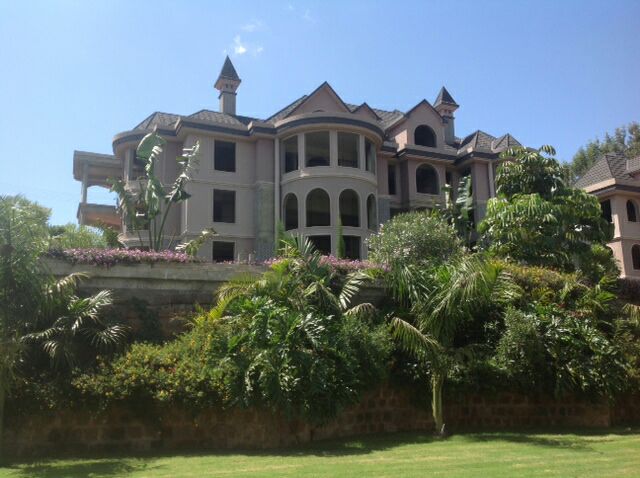 The hotel has three types of rooms; deluxe, executive and premier, which were listed for Ksh1.94 million, Ksh2.4 million and Ksh3.6 million per share (respectively). From this, an investor was expected to earn a yearly income of Ksh315,000 for the deluxe suites, Ksh395,000 for the executive rooms and Ksh595,000 for the premier room.

The estate was designed to include:
• A Fitness Center
• A basketball court
• Skating pathways
• Tennis courts
• An aerobic swimming pool

The businessman is married and a father of two boys and one girl. He spends as much time as possible with his family.

Daniel Kiptunen: Prominent Hotelier And Politician Who Owned The Seasons Group of Hotels

Inside The Completed House of Activist Boniface Mwangi In Athi River