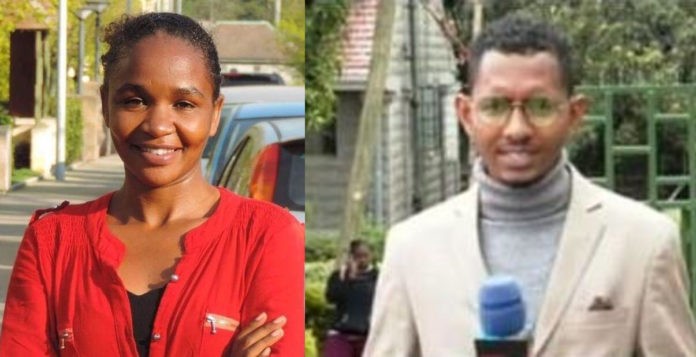 John Allan Namu worked for KTN as a special projects editor. He headed a team of some of the best investigative journalists in the country. He currently works as the Chief Executive Officer of Africa Uncensored, an investigative and in-depth journalism production house in Kenya.

A seasoned journalist, Dennis has been in the field for more than a decade. He has covered several investigative pieces including the one that trended in 2020 named Covid-19 millionaires. In the documentary, he showcased how some people have fraudulently made millions out of the pandemic.

In 2019, his piece named Red Alert made many question the quality of food they take. In various interviews, he showed how some used toxic chemicals to make meat on display look fresher. He also raised alarms on the high aflatoxin levels in maize and milk products.

Aisha Mwilu tells in depth and well investigated stories in a documentary format. She came into the limelight while working for KTN. Her piece on Terror Crossing showcased the state of insecurity at the Kenya-Somali Mandera border. The documentary won the CNN Multichoice award. She left the Standard Media Group for Royal Media Services where she continued to cover special pieces including a piece on Maasai Mara University. It showed how some top officials were bleeding the institution dry.

Dennis Onsarigo was the man behind the special and what used to be one of the most viewed investigative programs on KTN named Case Files. He began working for Standard Media Group in 2011 and covered stories on crime, human interest and politics. He left KTN in 2018 to work for the county government.

Fred began his career in the media world working as an entertainment writer. He first got an internship opportunity with Pulse Magazine and wrote entertainment stories focused on the Kenyan gospel music industry. He currently works for KTN where he covers various stories including working on a segment called Inside Source. Inside Source mainly focused on investigative pieces.

A journalist by profession, he reads news in Swahili. He does investigative pieces with his recent one being the story of how con gang members operate in Nairobi. They lure Kenyans with the hope of winning cash prizes only to steal their money. A gang member threatened to shoot Siraju if he ever saw him again.

Brian Obuya is an investigative journalist who has been working for KTN for about six years. He called it quits on 3rd September 2021 when he announced his resignation to the public. In his tenure he covered a number of stories including:

Mohamed was a crimes and investigative editor working for KTN. One of his stories was named Jihadi Brides. Among his exposes were stories focusing on Al-Shabaab, children theft syndicates among others. He resigned from KTN in 2020.

Purity Mwambia works for Royal Media Services. Her expose on how easy it is to acquire a gun in Kenya gained the attraction of hundreds of thousands of Kenyans. It even prompted a statement from DCI boss George Kinoti, who said it was risky and illegal.

Bethuel Mbugua: The ‘Genius’ Who Joined Form Four When Was 7 Years, Delivered 500...

Salary Of Betin IT Technicians And Job Requirements