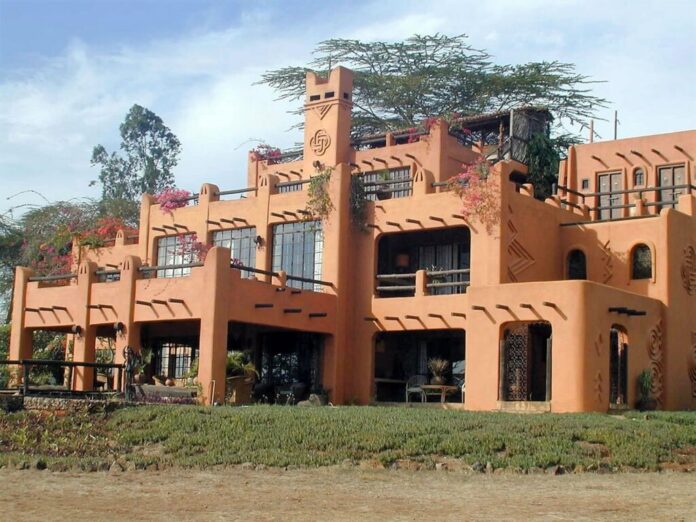 Kenya is known for its wildlife, beaches and its rich cultural diversity. In Mlolongo, Athi River is the African Heritage House – a building that holds the title of the most photographed house in Africa.

In this article WoK brings you the story of the proprietor, its history and takes you inside the building.

The African Heritage House is a picturesque building situated in Mlolongo, Athi River. The house is built on top of a hill overlooking the Nairobi National Park – which is the only park in the world situated inside a capital city.

The building is gazetted under the National Museums and Heritage Act in 2016 and is considered as a national monument in Kenya. Sitting on 7.7 acres piece of land, it houses 6,000 rare and precious items collected for a period of over half a century. They include; textiles, pieces of objects, collection of artworks, artefacts, ceremonial customs, antique, jewellery, weaponry, brassware and traditional pottery.

The building is considered as the most photographed house in Africa. It was the first house in Africa to be featured in the prestigious US Architectural Digest in November 1996. The house has appeared on the cover of Marie Claire and hosted a photo shoot for the St. John collection for Saks Fifth Avenue in New York.

Tour of the house 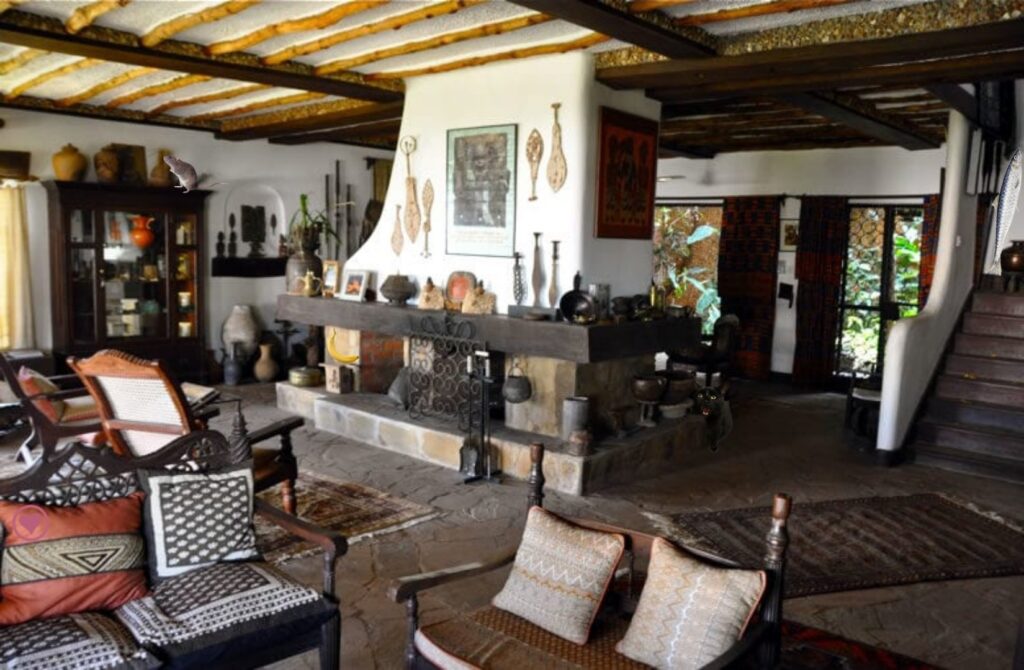 The house has five rooms which are decorated to represent the diverse African cultures. The rooms include; The Ashanti Suite, the Bakuba Suite, the Lamu Suite and the Moroccan suite each representing the rich cultures of these regions.

The house has kente curtains on the windows and different artworks hanging on the wall. Its interior depicts African culture with the doors being obtained from Lamu and an interior courtyard borrowed from the Moroccan culture. Outside the house is a swimming pool lined with sculptures from African artists. It has a world class restaurant which mainly serves delicious African dishes.

The house is owned by the late Alan Donovan who designed and built it in the years 1989 and 1994. He drew his inspiration from the mud architecture of the Great Mosque of Djennee in Mali, the mud palaces of Morocco, traditional houses of Burkina Faso and Ghana and Swahili architecture of East African Coast, Zanzibar and Lamu.

Alan arrived in Kenya in 1970 from the United States where he spent most of his time with the Turkana community. He was a young man who wanted to experience Kenya but when he interacted with the Turkana community, it completely changed him. He saw a place of rich and authentic culture and he decided to collect some artefacts which later gave birth to the Africa Heritage House.

With his collection of the Turkana community arts, he held his first exhibition in Nairobi in October 1970, an event that was attended by the second vice president of Kenya, the late Joseph Murumbi and his wife, Sheila.

Alan Donovan died in December 2021 at his home in Athi River. According to Citizen Digital, he left behind a trustee that will take over the premises after all the legal structures are followed. The facility is currently under the management of Tom Otieno.

James Kisia: The 85 Year Old Who Made Billions From Selling Curios