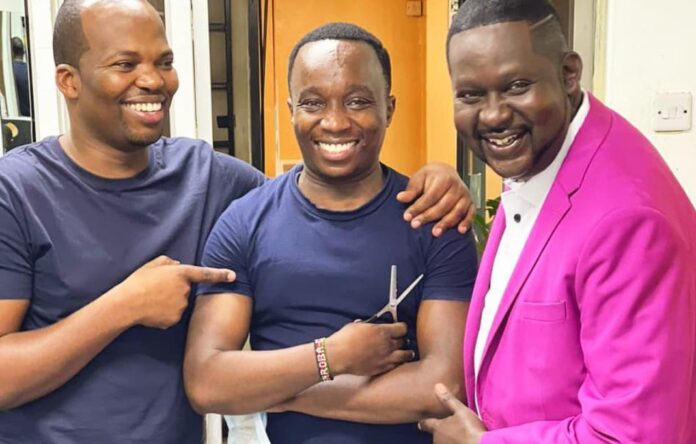 A nice haircut is one of the most noticeable features on a man’s head. Celebrities always crave to look their best, investing in their wardrobe, hair and skin products, shoes and statement pieces like watches.

To help them achieve all this, they need a skilled team. Getting the best service providers to meet and exceed their expectations to keep up their appearance and impress their followers and their audience.

In Kenya, one of the most sought-after professional celebrity barbers is one Barber Roba. He is responsible for the looks on some of Kenya’s biggest celebrities, including Daniel ‘Churchill’ Ndambuki, Dennis Itumbi and MC Jessy, who have been his clients for over a decade now. Both comedians have on several occasions showered him with praise for being highly skilled in his job.

He currently boasts of over seventeen years of experience in his career.

Barber Roba was born in Nanyuki. He started his haircut business in the early 2000s, but had to wait until 2014 when his business picked up and caught the attention of celebrities.

In 2018, Roba was able to give a haircut to Tanzanian music star Diamond Platnumz while he was in the country.

Speaking at a past interview, Roba revealed that although he mostly deals with celebrities, his barber shop is not as pricey as many people perceive it to be.

According to him, the prices are quite affordable, adding that anyone interested in getting a haircut can visit his shop at Avenue House which is located along Kenyatta Avenue in Nairobi.

Ayub Omondi Oluoch: The Multi-skilled Construction Worker Making a Fortune In The UK