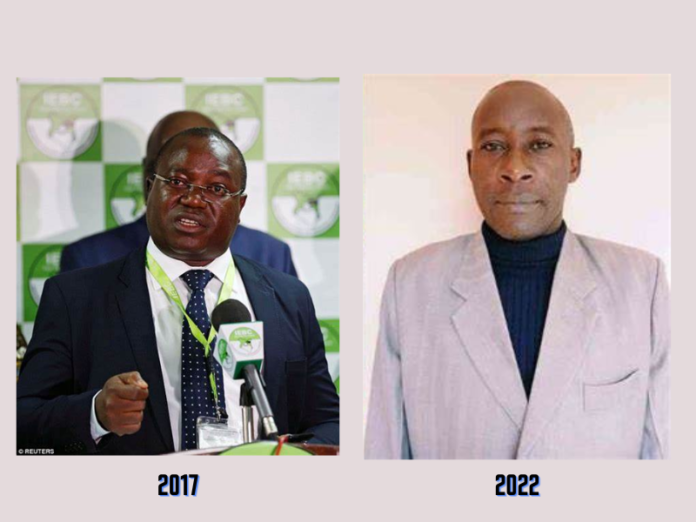 General elections are a vital period in any democracy. In Kenya however, the electioneering period is often marred with reports of intimidation, ethnic profiling, and disappearances of Independent Electoral and Boundaries Commission (IEBC) Commissioners and staff.

On 15th August this year, the country was shocked by news of torture and murder of Embakasi East Returning Officer, Daniel Mbolu Musyoka, who was pronounced missing on 12th August while on duty.

Musyoka’s killing mirrors the gruesome murder of election official Chris Musando in 2017, a murder for which no one has been held accountable for. In this list, WoK compiles a list of IEBC officials, including Chris Msando, who have either been shot, disappeared or found dead during the elections period.

The body of the missing Kenya’s Independent Electoral and Boundaries Commission (IEBC) returning officer for Embakasi East, Daniel Mbolu Musyoka was found in Kajiado County. Musyoka had been previously declared missing in an announcement made by IEBC Chairperson Wafula Chebukati.

Before his disappearance, the 53-year-old had been last seen at his work station at the East African School of Aviation tallying centre on Thursday, 11th August morning.

According to police, the body was identified by his sisters namely Mary Mwikali and Ann Mboya at Loitokitok sub-county mortuary.

Meanwhile, in Eldas constituency, a presiding officer, Mohamed Kanyare, was shot by unknown persons on election day, August 9, and has had his leg amputated. Kanyare was the presiding officer of Towheed polling centre in Elnur/Tula Tula ward.

The chaos were reported to have stemmed from accusations of vote rigging at the constituency by rival candidates. The matter is pending investigation.

Perhaps the most shocking death during the electioneering period in Kenya, Chris Msando’s murder story is still a mystery. Chris, an IEBC official charged with overseeing the electronic voting system, was found dead just days before the August 8, 2017 presidential election, according to the commission’s chairman, Wafula Chebukati.

A mortuary employee at the time reported that Msando’s body was brought in by police alongside that of a woman. Both bodies were naked and appeared to have been tortured before being dumped in a forest in Kiambu, outside Nairobi.

Msando was in charge of a system of electronic voter identification and vote counting seen as crucial to avoid rigging, and was the second in command in the commission’s IT department.

Officials of the IEBC in Kirinyaga are mourning following the mysterious death of their colleague, Mr Geoffrey Gitobu. Mr. Gitobu, the Gichugu Constituency returning officer, collapsed on Monday and died.

Contrary to earlier reports citing murder and abduction, Gitobu was confirmed to have died from an underlying medical condition.