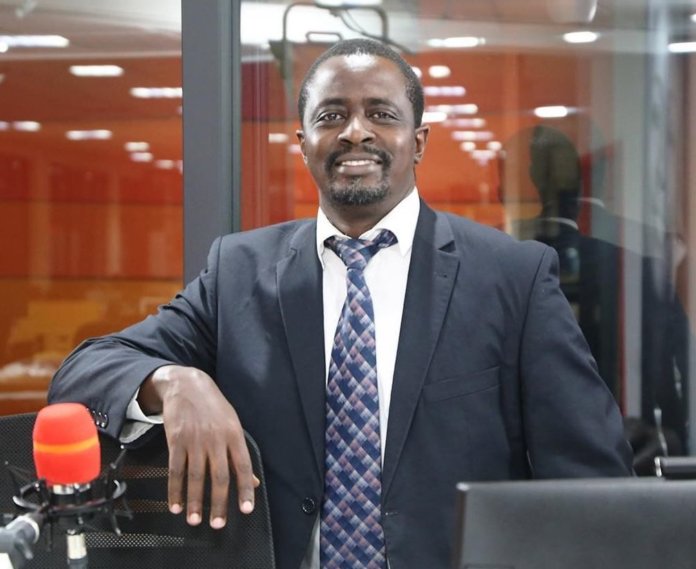 Latiff is a seasoned broadcaster and journalist with over twenty years of experience as a media personality in radio, TV and digital. He was one of the moderators of the Presidential debate, working alongside Citizen TV’s Yvonne Okwara.

Eric joined the Kenya Institute of Mass Communication (KIMC) in South B, Nairobi in 1998. He studied as a Telecommunications Engineer and later graduated.

But just like many other journalists, Latiff has a different career background from journalism. He first trained as a Telecommunications Engineer at the Kenya Institute of Mass Communication (KIMC) between 1995 and 1998.

He first dipped his toes in media when he was part of the founding team led by Rose and David Kimotho in 2006 to launch K24. He oversaw the station come to life through its modular news concept.

He later joined the Standard Media Group (SMG) as a prime-time news anchor on KTN in April 2006. While at KTN, he spent six years sub-editing news bulletins, presenting, conducting live and recorded interviews, program design and implementation and news content production at the station.

Fast forward to 2019, Latiff joined Spice FM in 2019 when it was launched by the SMG. He was named as one of the hosts of The Situation Room, an uninterrupted morning talk show on Kenyan radio focusing on political commentary and insights about the state of the nation.