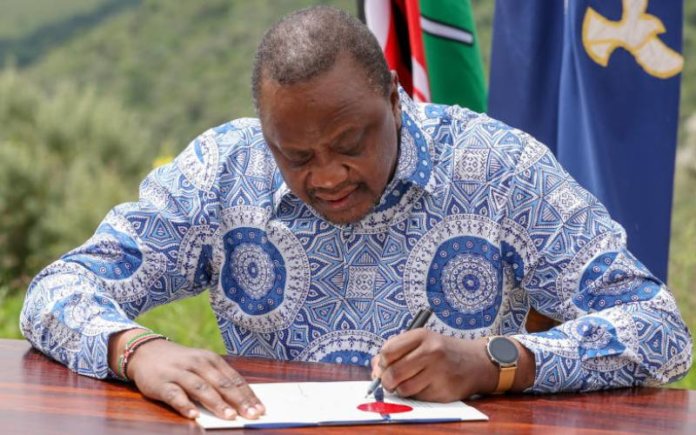 In July last year, President Kenyatta signed the Finance Bill 2020 which dropped the 20% excise duty on betting companies. The 20% tax applied on all betting stakes, a move that saw the exit of big betting companies from the Kenyan market, including giant betting firm SportPesa.

The removal of the law saw the return of SportPesa, which had the greatest market share before its exit in September 2019.

Interestingly, the reversal of the decision to charge 20% tax on betting stakes came a short while after President Kenyatta’s cousin, Peter Kihanya Muiruri joined the Sportpesa Board. According to an article published by Finance Uncovered, Kihanya had been quietly increasing his stake in SportPesa’s subsidiaries. The article established that Kihanya acquired a 1% stake in Pevans East Africa, the company that owns Sportpesa Kenya.

Documents acquired by Finance Uncovered further revealed that Peter Kihanya Muiruri is a shareholder in three companies linked to SportPesa. The value of Muiruri’s shares in the three companies is unclear, as there is little updated financial information available for these companies. It is also not known how much Muiruri paid for the shares.

The first is a 1% stake in Pevans East Africa, the company which owns SportPesa in Kenya. Muiruri appeared on the shareholder register for the first time in May 2019. He is now also a director of Pevans. Pevans has previously disclosed that it amassed Sh20 billion in revenues and generated gross profits of Ksh. 9 billion in Kenya in 2018.

The second stake is a 0.5% shareholding in SportPesa Global Holdings Limited (UK), a company that owns SportPesa’s non-Kenyan betting companies in Tanzania, South Africa, Italy and Russia. It also owns a highly profitable UK business SPS Sportsoft Ltd, which provides IT services to SportPesa sister companies, including Pevans in Kenya.

The third is a 3% stake in SportPesa Holdings Limited (Isle of Man). This is an offshore company which receives SportPesa’s revenues from bets staked in the UK. Companies based in the Isle of Man do not have to publicly disclose their accounts so no financial information is available.

Muiruri’s mother is Uhuru Kenyatta’s first cousin, while his grandfather was the younger half brother of Jomo Kenyatta, Kenya’s first president. This makes his a second cousin to the President.

Muiruri is not the only close link to the President with shares in SportPesa. Two other associates of the president already hold a significant chunk of equity in the betting company, both locally and internationally.

Paul Muite: From A Clerk To A Senior Counsel, Fiery Politician