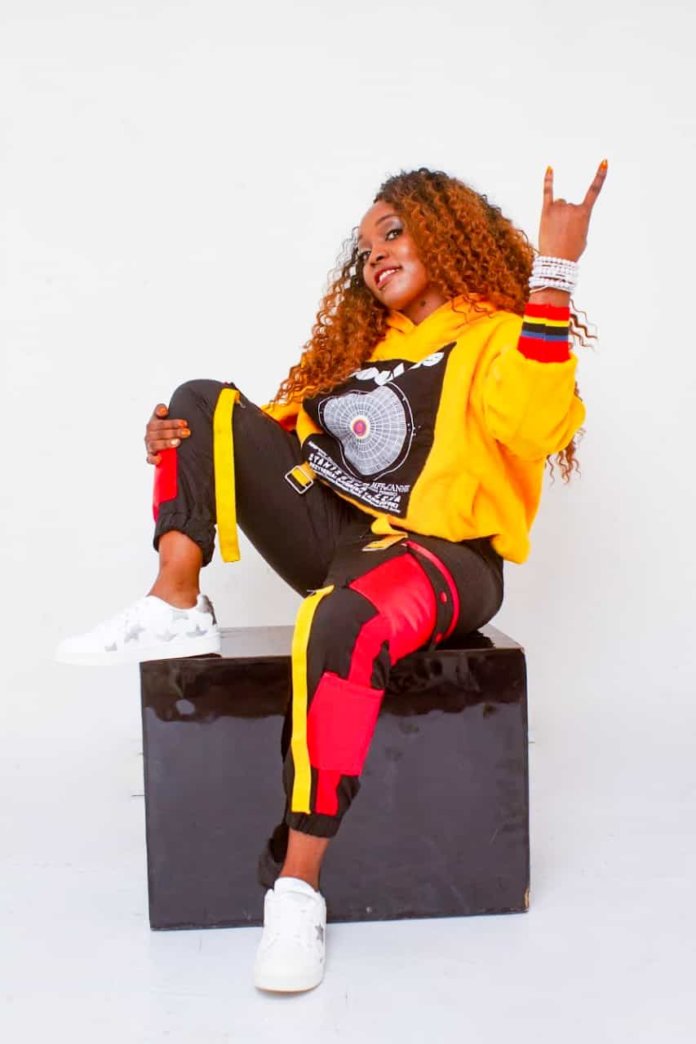 Artists, especially musicians, are often independent, working on solo projects. However, most artists have embraced collaborations with other artists, as it serves a bigger audience and has the potential to increase viewership by fans of both artists.

Lesser accomplished artists especially seek the more accomplished ones to partner and collaborate on new projects or build on existing ones. This is in the hope that their fan base will increase and they will reap more from their craft.

Well, this sounds good on paper, but it is not always the case. Some artists have been duped by the bigger ones, with false promises of collaborations. The case is worse if they make a payment for the collaboration project. This is the reality for one Queen Marie J, a Kenyan Afrofusion and R&B musician. Marie J claims that popular Bongo musician Rayvanny, alias Chui, took off with a significant amount of money he had charged her for a collaboration that never happened.

The Switzerland-based musician has come out to give her side of the story in an exclusive interview with WoK, with hopes that she will get justice. Here is her story.

Tell us a bit about yourself and what you do

My name is Queen Marie J, a recording and performing artist, a mom, a philanthropist, brand ambassador at save a life community Kenya and a businesslady. I am currently based In Italy and Switzerland but I travel a lot between Italy and Kenya.

What genre of music are you into and why?

I major in Afrofusion and R&B because I have always had a passion for African music from a young age.

What are you currently up to?

I am currently working on my album at the moment to be released before end of the year, so my fans should anticipate bangers.

You have made headlines with claims that Bongo musician Rayvanny failed to honor a collaboration agreement. Tell us about that.

Me and Chui we were in communication through WhatsApp, whereby we agreed that he would help push my talent. He requested that If I give him an amount of money he would help me to shine all the way up within a short period of time so we agreed and I was sending the money to him anytime he requested. I used to send the money and when I wasn’t able to he would talk about the collabo stuff you can imagine how quick I used to run to the bank and deposit M-Pesa to send to him just to protect the collabo. This was about the collaboration that we were to release back 2020 on 22nd April.

However, to my surprise, he blocked me on the day of the premiere, saying “Kuna mambo yametokea.” He later blocked me everywhere including on WhatsApp, without any further explanation. That made me lose a lot of fans and this really killed me emotionally as I was almost giving up in my talent.

How sure were you that you were talking to the real Rayvanny and not a con?

I was sure it was him because we used to do video calls on WhatsApp, so I could clearly see that it was him.

Have you been able to contact him or his team about the matter?

I wrote to Diamond on WhatsApp but only blue ticks so haven’t gotten any help yet because Chui told me that he was to help me by himself. I am really losing my patience now as this is killing me deeply. The media has been asking me how much money I paid but I told them am not going to disclose that for now because my main concern here is to reach Rayvanny and ask him to release the song, which would be of great impact to my career. If he can’t do that then he should at least refund my money.

Had you already recorded the song by the time all this happened?

Yes. He sent me the beat and recorded my part. I then sent it to him but he never sent me his. He told me that he did not need to send his part to me since he is a “superstar”, noting that he had killed the beat and that I would hear his part on the day of the premiere.

I had also fully paid for the production services.

Can you tell us how much you paid him?

I cannot disclose that information for now. All I want is compensation or release of the song.

How have you been coping with this situation since it happened?

But am still healing, because I am able to talk about this. I have received a lot of DMs from fans worldwide asking about the same but I wasn’t able to give answers and that led me to lose a lot of fans and followers that I had created in a short period of time as I started my music journey back in September 2018. With this collaboration I was hoping to prove to the world that everything is possible, only to be lied to by this celebrity Rayvanny.

What other collaborations can we look forward to?

I am hoping to collaborate with other artists around the continent in Nigeria and South Africa, I won’t spill the names for the moment.

What’s next for you in your career?

More collaborations are on the way to give my fans what they deserve.

What is your advice to other artists seeking collaborations with bigger artists?

My advice to other artists is to be careful and work with contract agreements when dealing with other artists or the management of other artists they want to collaborate with. They should not be blinded by the so called superstar. In my case, I wasn’t able to deal with contracts, as he said he was to help me personally that management would have cost me a lot of money, something I found fishy, since what I paid was close to what is paid to their record label.

Where can people find your music?

My music is available on streaming platforms. Spotify, YouTube, Audiomack among others.

Do It Yourself Repair Tips For Bikes

Francis Kimani Mwangi: From A Teacher Earning Ksh5,000 To Creating A Meat Empire Worth...

Lessons On Leadership We Should All Learn From Peter Ndegwa

Inside AKA House, Exterior And Interior