Isaac Omolo Okero is a former chairman of the Kenya Airways Board. Under his tenure, the national carrier enjoyed some of its most successful years, becoming the crown jewel of African airlines.

Okero, a former politician and cabinet minister under the President Jomo Kenyatta regime, was an astute leader, and sound individual who pursued success in anything he undertook.

During his stint as KQ chairman, the company rose to become one of the leading earners at the Nairobi Stock Exchange (NSE). In this article, WoK takes a look at a time, the airline posted a Ksh1.6 billion revenue increase in a single day.

The former politician was educated at Makerere University College in Uganda, University of Bombay and Leiden and Middle Temple, London. 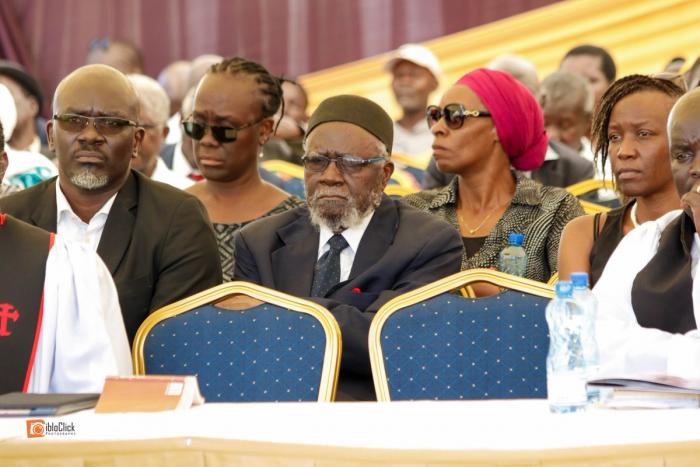 He first served as the Deputy Public Prosecutor between 1963 and 1965. He was then appointed Commander-General of Customs and Excise, East African Community, a role he held from 1965 to 1969.

Okero was elected as member of parliament for Gem Constituency in 1969 and served in the capacity until 1979. During that period he also served as Minister of Health from 1969 to 1973, Minister for Power and Communications from 1973 to 1977, and minister for Information and Broadcasting from 1978 to 1979.

He was also the chairman of the Kenya African National Union (KANU) between 1978 and 1979.

Okero was appointed chairman of the Kenya Airways Board after the privatisation of the carrier in 1996 replacing the late Phillip Ndegwa.

According to a report by the Daily Nation on August 4, 2005, he was first appointed to the KQ board in 1991 and was a major player in the privatisation which saw the government’s stake in the carrier reduced to 23 per cent.

26 per cent of KQ was acquired by Royal KLM airlines, a flag carrier of the Netherlands. Most of the remaining stock ending up at the NSE in a play aided by the International Finance Corporation, private sector arm of the World Bank.

This made Kenya Airways the first-ever privatised airline in Africa

Okero was hailed for his hands-on approach during his reign at the national carrier.

He turned KQ from a loss-making factory to a profitable company. In 2005 Kenya airways made, at the time, a historic Ksh5.5billion profit pre-tax, and was among the top earners at the Nairobi Stock Exchange.

Also Read: List of Kenyans Who Own Airlines Operating in the Local Domestic Market

Okero’s exceptional leadership appealed to many investors and many wanted a stake in the airline.

In March 2006, Kenya Airways won the ‘African Airline of the Year’ Award for 2005, for the fifth time in seven years.

The Green Experience: Inside The Multi-Million Restaurant Owned By Uhuru’s Daughter Ngina Kenyatta