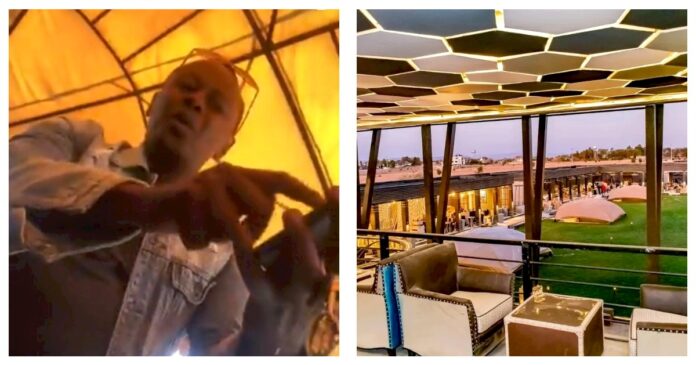 Rixxos Lobby and Grill is one of the most talked about new chill spots in Kitengela. The design is unconventional if not futuristic and it will take a very long time before it is dethroned as the best nightspot in Kenya.

Questions have lingered on its true ownership. A popular blog has linked the restaurant to former president Uhuru Kenyatta and his family.

This is seemingly not the case if a video WoK has obtained is anything to go by.

A worker in the video is seen begging for her salary as the man linked to the club threatens her. In the video, the lady refers to the man as Jaymo but we can now confirm his name is James Mburu Githae.

I talk to the president

“So I am here for my salary then you want to hit me”, she is heard saying.

“Am not paying you” as he uses obscenities.

He goes ahead to show the employee his phone with the president number. 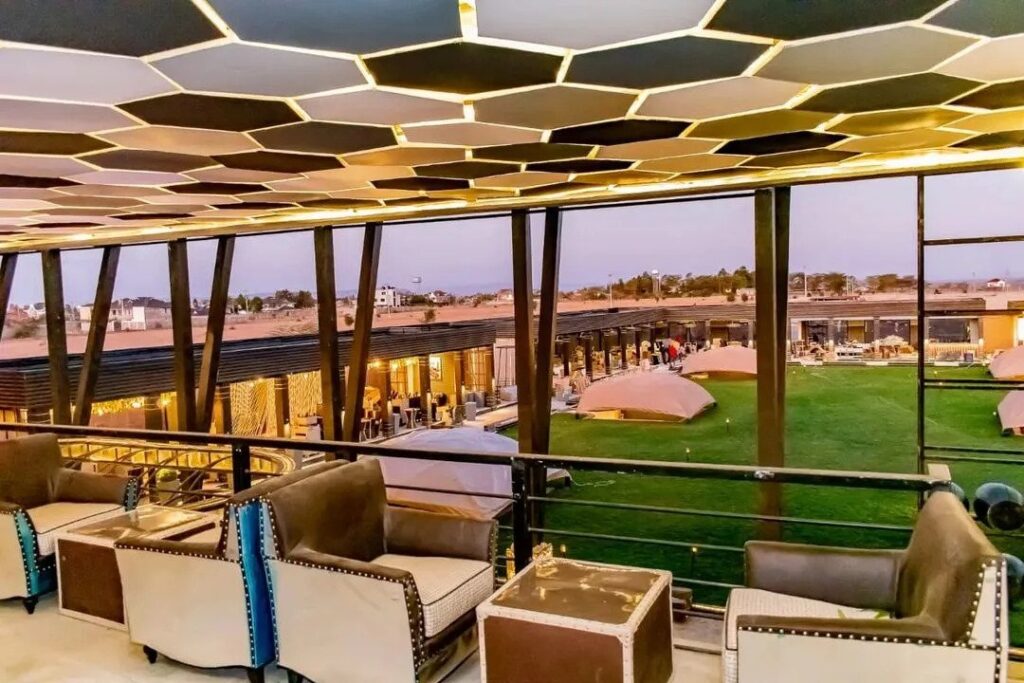 Nowhere you can take me

He goes ahead to say that the employee cannot take him anywhere as he talks to the president directly.

“If I decide to be hard on you, the case will be bad”, he continues with his threats.

Here is the video.

It is not clear if he indeed has direct access to the president.

The businessman was arrested at Green Ice in Kitengela and is currently locked up at the Kitengela Police Station.

In their defense, the management of Rixxos accused their waitresses and barman of engaging in fraud:

“Recently as the Rixxos management, we had an issue with a few of our waitresses and our barman which we reported to the local DCI office on 24th November 2022 upon which they offered help and arrested the workers on 1st December 2022 on suspicion of stealing and defrauding from the company,” read the statement released on Friday last week.

“After wide consultation with our IT department regarding losses, we have been recording the past few weeks, we followed some leads and came to the conclusion it was through the use of past M-Pesa codes in our systems to settle the current bills of our customers.”