JJ Titus is a Meru tycoon who became an overnight celebrity after a video of him surprising his wife with a Jeep wrangler went viral on the internet. His source of wealth has been the subject of discussion on social media platform.

In this article, WoK brings you his story-from being watchman to becoming a successful entrepreneur.

The entrepreneur serves as the chief executive officer of Lid Group of Companies, a conglomerate with interests in manufacturing, events, media, agribusiness and information technology. During a past interview with comedian 2mbili, the tycoon explained that he was once a watchman and has built his wealth over time.

“Many people think that I woke up to riches. If there is someone who has come from zero is me and I’m so proud of myself. Today you see me drive an LX570 but if I tell you I was once a watchman you won’t believe. I was being paid Ksh 8,000 and after deductions I would remain with Ksh 4,500. I was living in Mukuru Kwa Njenga at the time where we would live five people in a single room,” JJ Titus narrated.

During the interview, Titus explained that he rose from living in a two bedroom house to driving an LX570 during the pandemic.

“I was living in a two bedroom house in Roasters in 2020. When the pandemic hit, I closed down all the businesses I was running. There was restrictions of movement and the best thing one could do was to watch a movie. I decided not to watch a movie but instead opened my laptop where I met a European who wanted to start a program for an institution and was looking for an IT technician.

I learnt how to create software and delivered it to him and I received a good pay. That’s how I started selling software even though I am not an IT developer. The least I made from selling those software was Sh5 million. That’s how I acquired a Lexus 570 2020 model at KS24 million during the pandemic,” he explained.

The tycoon revealed that he also owns a company that manufactures cabros blocks. He went on to state that he won a tender to supply cabros in the Nairobi streets during former President Uhuru Kenyatta tenure.

The tycoon currently owns two personal cars, a Lexus 570 2020 model and a Toyota Prado TX. The Lexus 570 has a customized number plate which he paid Ksh1 million to National Transport and Safety Authority (NTSA). He also revealed that he paid Ksh8.9 million to Kenya Revenue Authority (KRA) as duty fee and Ksh980,000 annually as insurance. In September 2022, he unveiled two new Isuzu FRR trucks which are used by his company.

The trucks cost him Ksh5 million each. In 2019, the tycoon gifted his wife a luxurious BMW X3 and just a few days ago, he surprised her with a Ksh12 million Jeep Wrangler during her birthday. He denied allegations that he is involved in money laundering schemes, stating that he is a hardworking man. 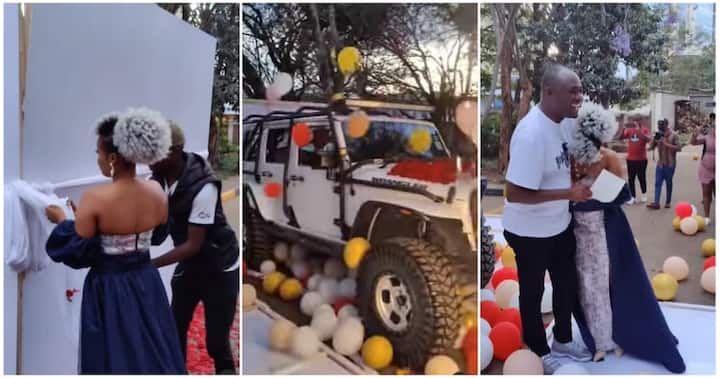 “People said I do wash wash but there is no such thing. I sleep for two or three hours on some days. I have two companies making cabro. I have 300 cattle in Meru and also run a firm that trains IT specialists,” JJ Titus explained.

Locals of Mutomo Village To Receive KSh 10 Million Each To Allow Expansion of...

Alma Mutheu Reveals The Millions She Makes On TikTok