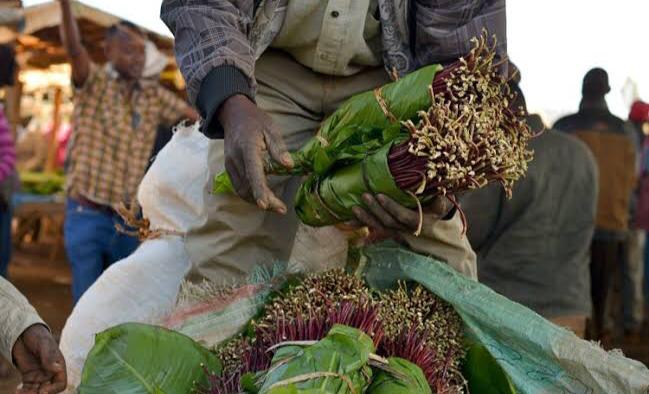 According to Agriculture CS Peter Munya, the Head of State entered a deal with the current President of Somalia Hassan Sheikh Mohamud to lift a two-year ban.

The CS also disclosed that direct flights between Kenya and Somalia will resume on Tuesday this coming week.

This is a plus for mirra farmers as the cash crop will be flown directly from Isiolo airport.

A bilateral air service agreement on the sidelines of the Intergovernmental Authority on Development (Igad) meeting is expected to be signed on Tuesday.

“We want to thank President Uhuru Kenyatta for the diplomatic negotiations he has been carrying out quietly. The ban had greatly affected the economy of Mt Kenya East and the farmers’ earnings,” CS Munya said.

Kenya and Somalia ended their ‘beef’ in June 2021 after six months of intense frosty ties.

Sammy Boy: I Make Ksh 500K Daily From My Businesses

How To Apply For The Hustler Fund

Menu, Cost Of Food And Beer In The SGR Cafeteria