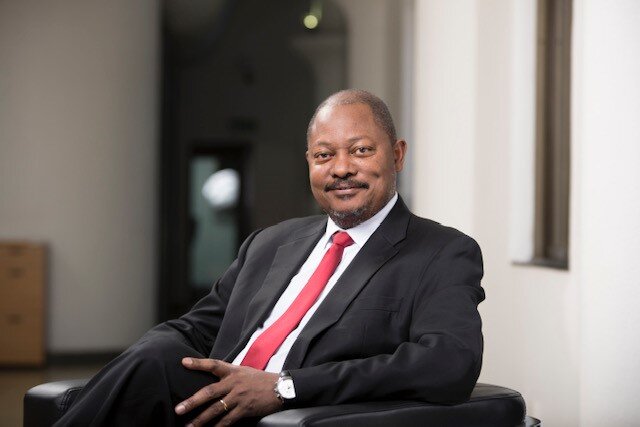 Life is not a straight line. It is full of twists, turns, hills, valleys and plateaus. Many of us, struggle at times with learning from our failures. We sometimes give up as soon as we fail, not realizing that what is necessary is to push a bit harder until we reach a breakthrough.

Martin Oduor-Otieno is a man known for his resilience, straight-forwardness, humor and integrity. While giving a talk on Engage, an online platform for sharing inspiring stories, Martin narrated how he navigated hurdles in life and how he achieved a life-long dream.

Martin grew up in a village in western Kenya. Like every ambitious child, he always harbored a dream. His dream was to become a CEO of a company. He did not know which one, or when it would happen, but he held on to his dream.

After completing his high school studies, he joined the University of Nairobi to pursue a Bachelors Degree of Commerce in finance and accounting. He completed his undergraduate education and luckily secured a job in an accountancy firm in Nairobi, while cohabiting with his two friends in Nairobi’s Buruburu area.

Shortly after, he met his wife, got married and started a family. As he says in the Engage series, life was not very easy at the time. With four children and a wife to take care of, he was stretched, but still held on to his childhood dream.

As time went by, his career progressed, and he got a job at the British American Tobacco (BAT) as an accountant. “When I got the job at BAT, I had hopes of rising through the ranks and occupy the top seat. I believed I could do it,” he said.

However, that was seemingly not the destined place for him to lead. After working at BAT for a while, Otieno moved to Barclays Bank (now Absa) as an accountant. There, he got promoted to the position of Finance Director, and his star had truly begun to shine bright.

“Dr. Leaky told me that he had just had a conversation with President Moi to get a team to go into government and change course because the economy was doing very badly. With our economy going down, you will also be affected. That is when I was appointed as Permanent Secretary for the Ministry of Finance in July 1999,” he narrates.

The team hit the ground running with three items on its agenda; to streamline the civil service, restore crumbling parastatals back to profitability and embark on a charm offensive to the donor community and investors.

While it was criticized as an attempt to appease donors, Martin says the team got Kenya out of a rough patch by restoring relations with Bretton institutions and bringing back the much needed investor confidence.

In a shocking turn of events, Martin was relived of his duties as PS and consequently left public service. This, as he explains, was a very hard time for him, full of confusion and uncertainty.

The announcement of his replacement was made while he was at Nairobi Hospital where he was waiting to be attended. That same day at 2 o’clock he was supposed to address an international investment conference at KICC. His secretaries called him to inform him that they had a new PS.

However, Martin had a plan. As he says, “Always have a plan B”. In his successful fallback plan, he was able to go back into corporate banking with Barclays. At this point, however, people had moved on and there had been a number of changes at the company, with some decisions making it difficult for him to work as smoothly as he did before the state appointment.

That is when everything changed. Shortly after his return to Barclays, he got wind of a vacant position at KCB, applied, and got a job as the Deputy CEO at KCB. Eighteen months later, he got promoted to the CEO position. His dream finally came true.

In his story, Martin Oduor-Otieno faced a lot of hurdles in his personal life and career. However, he always found a way to get up and move on.

“Falling, in my case refers to the time I was fired, the time I was short-changed at Barclays, the time my parents both passed on. But it gets to a point where you have to make a decision to move on. And maybe falling is the impetus that gets us to the next stage in our lives,” he said at the end of his narration.

After serving as KCB Group executive from 2007 to KCB, Between May 2013 until March 2016, he moved to Deloitte Kenya, working as a senior advisor in the financial services division. In March 2016, he left Deloitte and took up an appointment as a non-executive director of Standard Bank Group, the financial services conglomerate based in South Africa.

In August 2016, Martin founded Leadership Group Limited, a firm that offers coaching to businesses and individuals in the areas of leadership, governance, strategy and execution.

Sally Runye: “I am Really Proud Of My Son” Kinuthia’s Mother On His Career