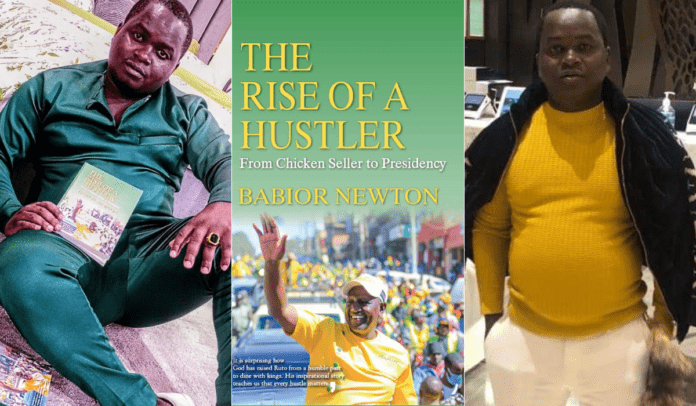 Newton Babior is a Kenyan author and entrepreneur. He is the author of some the most famous political books in the country including “The Raila Conspiracy”, and the most recent, “The Rise of a Hustler”, a biography about Deputy President William Ruto’s rise from humble beginnings to a step away from the presidency.

Babior, a youthful entrepreneur, boasts several other publications under his belt touching a variety of societal issues. He is a champion for youth empowerment and an ardent ‘hustler”. A firm believer in achieving the impossible.

During an interview with WoK on Saturday, June 18, 2022, the author narrated his journey from his humble home in Seme, Kisumu County to rubbing shoulders with the “big boys”. 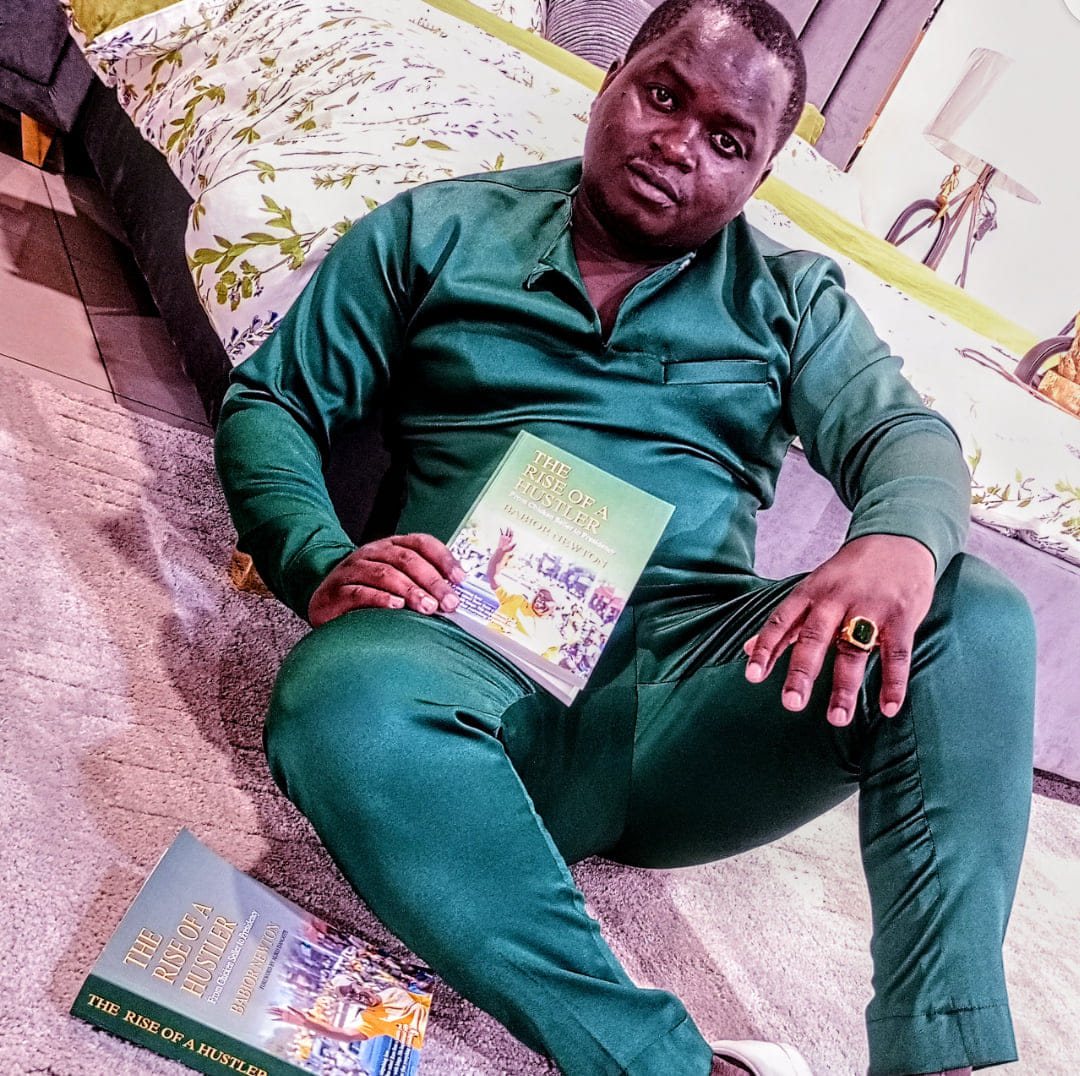 After completing his High School education, he moved to Nairobi and pursued various courses.

The youthful entrepreneur first came to Nairobi in 2009, and worked as a cleaner for Tameer Limited in Buru Buru. At the time, the company had been contracted by the Ministry of Health, and Babior worked at the Ministry cleaning offices.

He revealed to WoK that he earned Ksh5,600 at Tameer and lived in Kariobangi estate. He paid Ksh1,800 per month for rent.

“I spent most of my time working, hustling, and building connections with people,” Newton narrated.

Unfortunately, he was fired from the agency at a time when he was writing his first book, ‘The Betrayed Nation’. Since he did not have a laptop, Babior opted to use a computer at one of the offices in the Ministry of Water. At the time, Now-Kitui Governor Charity Ngilu was the Cabinet Secretary for Water and a scandal had rocked the ministry.

“When they were combing through computers to see if they had left behind any loose ends, they found my email logged into one of the computers, and they were asking ‘who is this Newton Babior?’

“Since I was a cleaner, and they did not know me, they thought that I was an undercover officer sent to investigate them, and I was fired instantly,” Babior narrated.

Babior would later land various roles working for the government and different individuals. He at one time served as Professor Ole Kiyiapi’s personal assistant.

A determined researcher and author, Babior would later bag a job with a German company and he was tasked with researching and sending back feedback, a role he held for three years. The job had good pay, this saw him upgrade from Eastlands to Park Road and later to Kileleshwa.

In 2017, he authored the book “The Raila Odinga Conspiracy” and it became a huge success. Leading up to the 2017 general election, Newton was abducted a day before he could launch the book at the Kenyatta International Convention Centre (KICC).

On July 4, that year, ODM Leader Raila Odinga had urged security agencies in the country to expedite investigations and locate the writer’s whereabouts, noting that his safety was not guaranteed wherever he had been kept.

On July 10, 2017, the author told the Standard that strange men knocked at his door, and when he opened they cuffed him and took him to Pangani Police station but did not tell him why they had arrested him. He claimed that he had been transferred to Ruaraka and two other stations he could not identify over what the officers termed as him attempting to blackmail them.

After the conclusion of the 2017 general elections, Babior was offered a job at the Kisumu County government by Governor Anyang’ Nyong’o, however, he turned it down and asked for a business opportunity. That is when he won a contract to erect container cubicles in the City of Kisumu to uplift SMEs and other middle-income traders in the Lakeside city.

“At first I brought like 200 containers and erected them at various locations within Kisumu City. I used to make good money. The least I could make in a month was about Ksh2.4 million.

“However, the management became jealous. They had not thought that I would make so much money and therefore they wanted a 50-50 partnership, and when I said no, they vandalised all the containers,” Babior stated.

The incident made national headlines with the Kisumu City management distancing itself from the allegations. However, City manager Aballa Wanga in a statement claimed that Babior through his company Spacebuster had erected the containers along a sewer line and along walkways.

He also claimed that the youthful entrepreneur had gone against the agreed contract and charged traders more than the agreed Ksh3,500 per month rent. Wanga alleged that Spacebusters was charging its clients between Ksh7,000 and Ksh10,000 per month, and in some instances, Ksh15,000 depending on the proximity of the businesses.

The businessman has since moved to court and sued the county government for about Ksh6 billion and is optimistic that the case will go well.

When the March 2018 handshake between President Uhuru Kenyatta and Odinga happened, Babior shifted his focus to DP Ruto, a man he says, has inspired many in Kenya to work hard and make it in life regardless of their backgrounds. 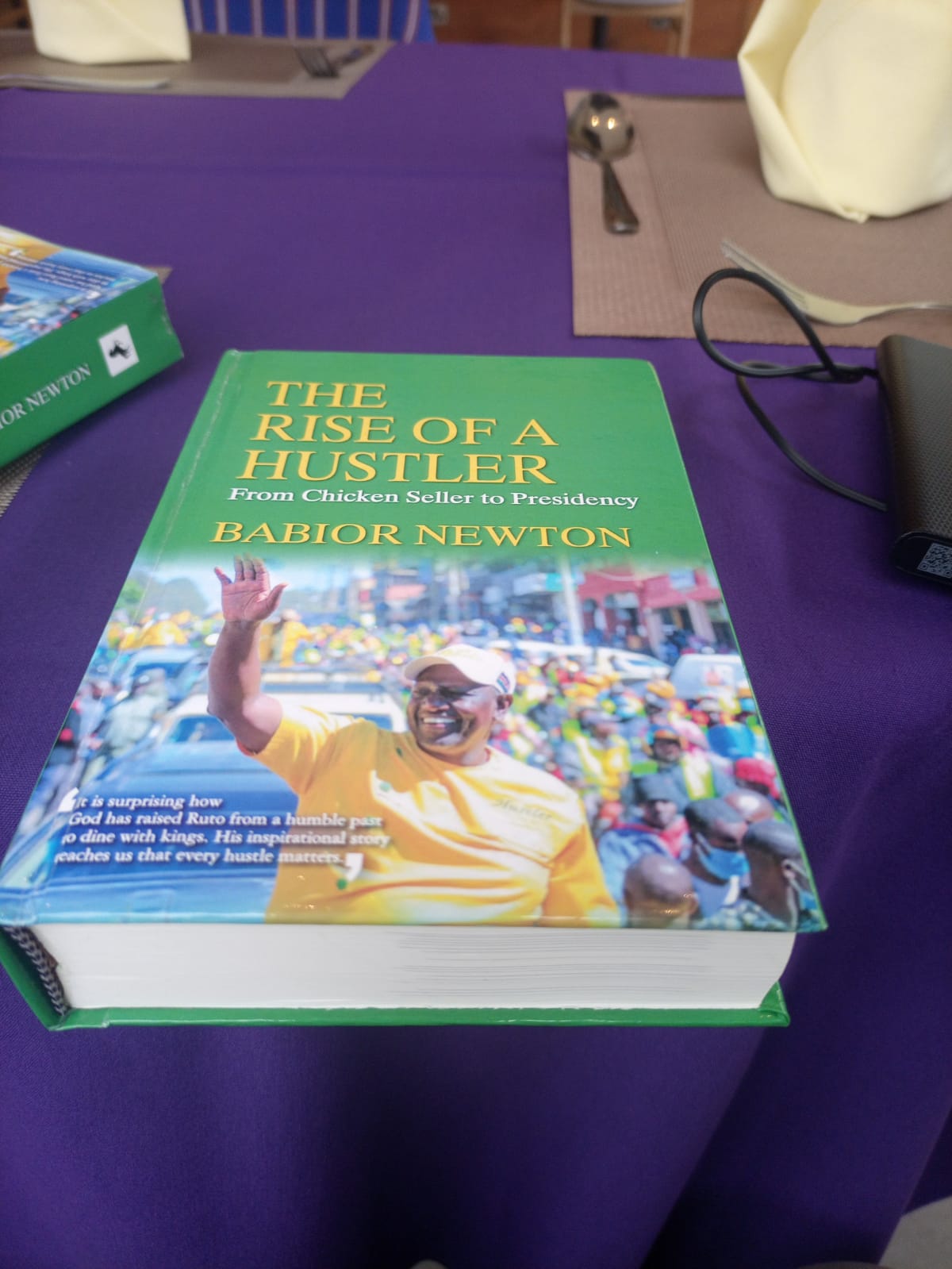 “Meeting the DP is easy. He is a very good guy, and very good with people. There are talks here and there that I have betrayed Baba (Raila), but I cannot support everybody. Right now Raila is a worthy competitor but I have chosen to support Dr William Ruto,” Babior told WoK.

He notes that DP Ruto’s rise from Sugoi, a chicken seller to being Deputy President and headed for the presidency inspired him. He added that living in Kariobangi and seeing people come out of the slums to make it big, was the ultimate motivation he needed. He highlighted that seeing Charles Njagua a.k.a Jaguar driver a Range Rover yet he started from nothing inspired him to work hard and smart.

“When I bought my Range Rover, I went to the spot I saw Jaguar at Koinange Street and felt what he may have felt, but, it was not yet the destination,” he said.

Babior has recently signed a book deal with Barnes and Nobles company which is set to run for five years. Some of the clauses in the deal include the distribution of “The Rise of a Hustler” in Europe and Asia as well as 15 book launches in universities.

“I will be paid through royalties, which should hopefully be in the millions,” he told Tuko during a recent interview.

After making it in life, Babior erected a palatial house for his parents in their home in Seme and also built one for himself.

“When I first made serious money, I told myself that I would go back home and uplift my family, and that is exactly what I did. Now I can focus on myself and my family,” he said.

He added that, though his father works as a mechanic at Kisumu’s Jua Kali, he leads a decent life now, far from the environment he grew up in.

The 32-year-old now resides in Karen with his family. 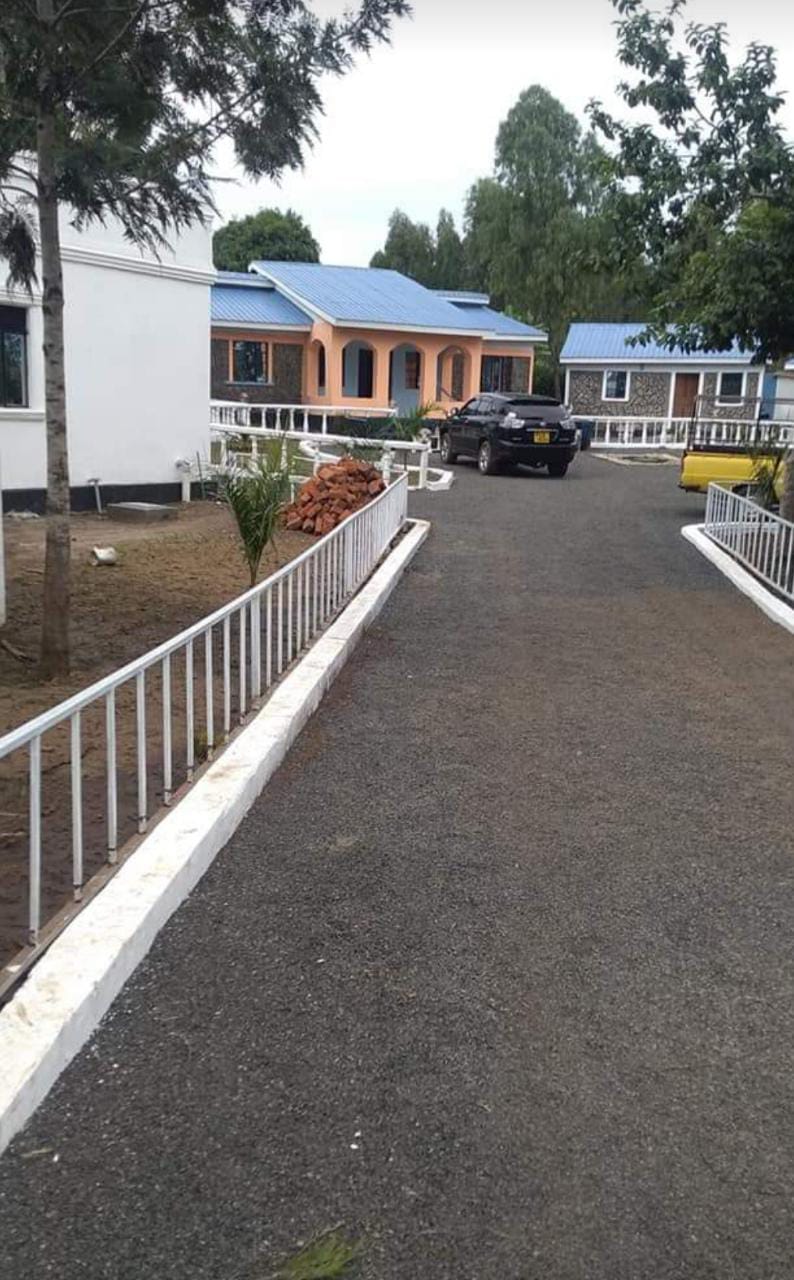 Advice to the youth

Babior advice young entrepreneurs to work hard and smart in life. He is a believer of focusing on one thing at a time and doing it to perfection. He discourages divided attention when it comes to entrepreneurship, noting that one may not be as effective.

“The sun is very hot, but since it shines on half of the world at once, it cannot burn it. But if it focused its energy on one spot, it would torch it. That’s how business works. Settle on what you want to do, and give it your best,” he urges.

He notes that the DP Ruto story is an inspiration to the youth and many others seeking to make it in life despite the hustle.

Babior advises that one’s background should be a serious motivation for what they want to achieve in life.

“If you were not born in a rich family, hustle hard and network. Have rich friends, friends who are notable and you will use their names as an entry to places,” he says. 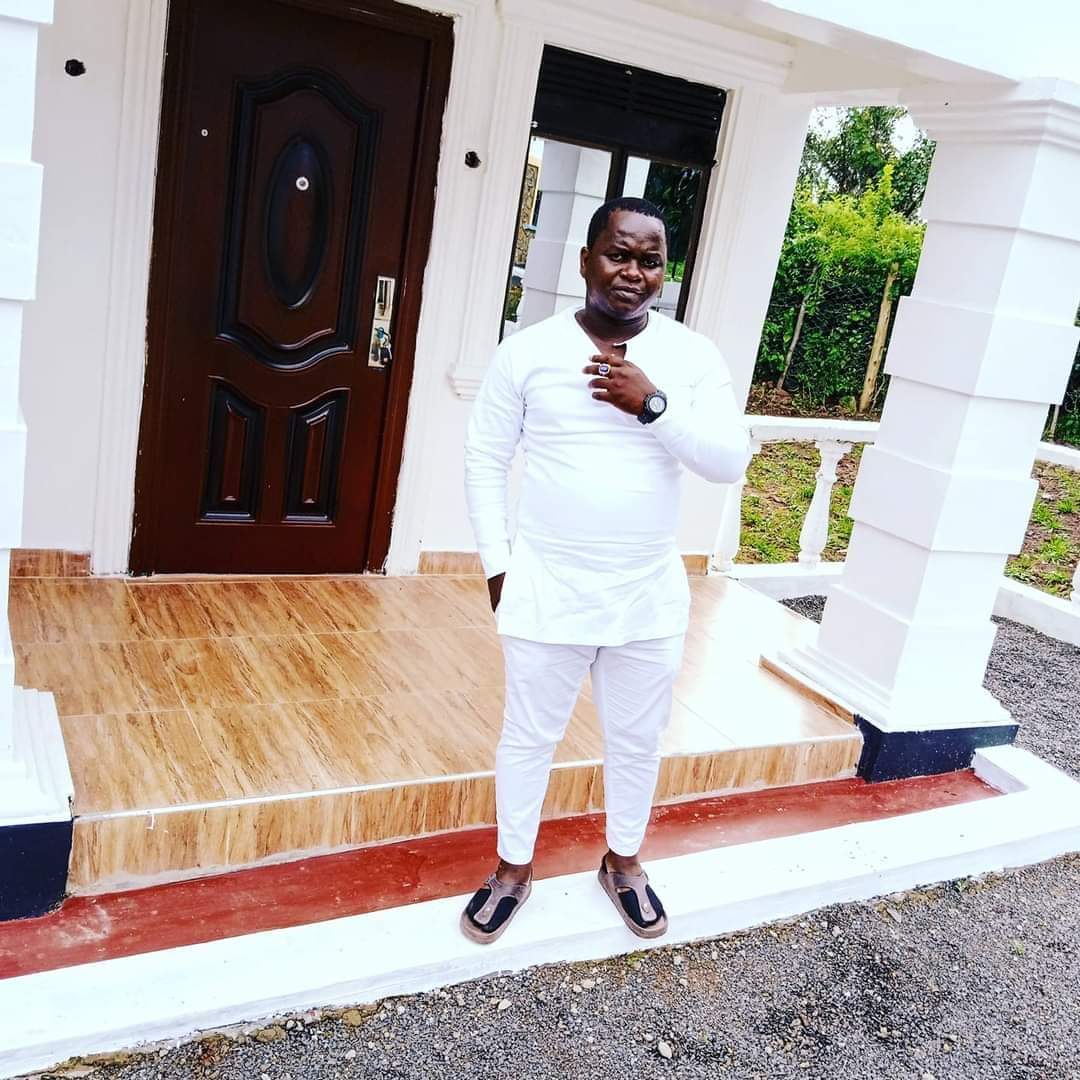 Wawira Njiru: Founder Of Food For Education, Has Served Over 9 Million Meals To...