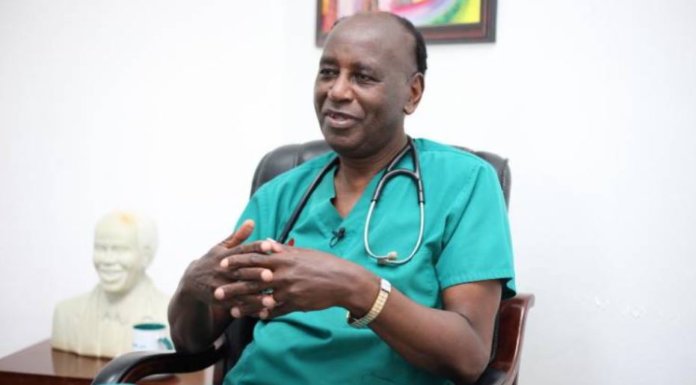 Quality medical care has been an important part of human life since the beginning of civilization. Medical centres, whether public or private, aim to provide essential health care to people in need, and often provide teaching and learning opportunities in order to educate the next generation of medical professionals.

With public health facilities drowning in debt, under staffing, mismanagement of resources and lack of enough medicine, many people have shifted to the private health sector.

Entrepreneurs have taken advantage of this situation, opening private facilities that continue to provide quality medical services to Kenyans. Some of these private health facilities have been in existence for over five decades.

In this list, WoK compiles the largest private hospitals, their owners and services.

The Aga Khan Hospitals are a network of international hospitals based in Nairobi, Mombasa, Kisumu, Dar es Salaam, Mumbai and Pakistan.

The Hospital was established on 15th April, 1924, as a Maternity Home with the support of His Highness Sir Sultan Muhammad Shah Aga Khan III and the philanthropic efforts of Vazir Bundeh Ali Kassim.

It is currently ran by the Aga Khan Family.

The Karen Hospital is owned by the Gikonyo family. The hospital has its headqueters located along Karen -Langata Road in Nairobi county.

The prestigious hospital is co-owned by Dr. Betty Gikonyo and her husband Dr. Dan Gikonyo.

Dr. Dan Gikonyo is the co-founder, Chief Cardiologist and the director of the Karen hospital and he has over 43 years of experience as a doctor. Dr. Betty Gikonyo is also a Cardiologist, praised for her efforts to change children’s lives through her expertise. Their daughter Juliet Gikonyo is the CEO of the hospital.

The hospital has branches in other towns including Naivasha, Rongai, Thika, Karatina, Meru, Nakuru, Nairobi CBD in Cardinal Otunga building and Nyeri.

The Avenue Group was established in 1976 as a small nursing home in Nairobi and has grown steadily over the years to become one of the biggest players in the healthcare sector. The Group operates a chain of three modern hospitals in Nairobi, Kisumu and Thika.

Abraaj Group would later collapse in 2019 after the Dubai Financial Services Authority imposed a USD 135 million on Abraaj for allegedly deceiving investors, misusing their funds to cover operational services and carrying out unauthorised and illegal activities.

Mediheal Hospital is owned by outgoing Kesses Member of Parliament (MP) Dr. Swarup Mishra also doubles up as the chairperson and founder of the Mediheal group of hospitals.

Using savings and bank loans, Mishra and his wife founded Mediheal Hospital in 2006 in Eldoret. The hospital is located at the intersection between Nandi Road and Eldoret–Nakuru highway. It was initially called Pacifica but the previous owners realized dwindling returns, before selling it to Mishra.

They later renovated the facility and majored in obstetrics, especially on fertility issues. According to a past publication by Mediheal Group of hospitals, the Eldoret branch is a 150 bed facility and it pioneered Assisted Reproductive Techniques (ART) in East Africa, non-invasive pain management and cosmetic surgery.

The Nairobi Hospital is a private hospital located in upperhill area, Nairobi, Kenya. The hospital was founded in 1954 as a European hospital, serving only the British colonialists. On 19 October, 1961, it began serving non-Europeans and the name was changed to The Nairobi Hospital.

The Hospital is owned by the Kenya Hospital Association (KHA), with more than 200 shareholders. The hospital management is currently under the leadership of Mr. James Nyamongo (CEO), who is assisted by a competent team of Divisional Heads and Heads of key departments.

Their services include laboratory, dental, pharmacy, radiology, well-baby services, and more. Their Main Hospital in Muthaiga is open 24 hours, the clinics are open 8:00 AM – 8:00 PM.

The Nairobi Women’s Hospital was founded in 2001 by Dr. Sam Thenya and is the first of its kind in the East and Central Africa region. Even if it initially specialized in Obstetrics and Gynecology services, the hospital has grown to be equipped and staffed to handle all general medical and surgical conditions.

Dr. Maxwel Okoth is the founder of RFH Healthcare group. He saw an opportunity to provide private medical services to the low- and middle-income segment. Dr. Maxwel Okoth (35) started what was to become the RFH Healthcare group in a one-room apartment in 2011. Over the next decade he grew the business to include eight hospitals and medical centres.

Komarock Modern Healthcare was founded by Dr. Salesio Kamwara Nyamu famously known as Dr. S K Nyamu and his wife Harriet Nyamu. Dr. S K Nyamu is a gynaecologist who serves as the hospital’s Chief Executive Officer (CEO) while his wife as the Managing Director (MD).

The hospital currently has four branches; two in Nairobi–Utawala and Komarock while the other two in the Mount Kenya region–Tharaka and Chuka. The four clinics are open from Monday to Saturday from 8.00am to 6.00pm.

Danson Mungatana: How Ex-MP Lost Sh76 Million To West Africans Who Had Promised To...

Reginald Mengi Net Worth, Businesses He Owns And Bio

A Tour Inside The Multi-Million Sammyboy Luxurious Apartment