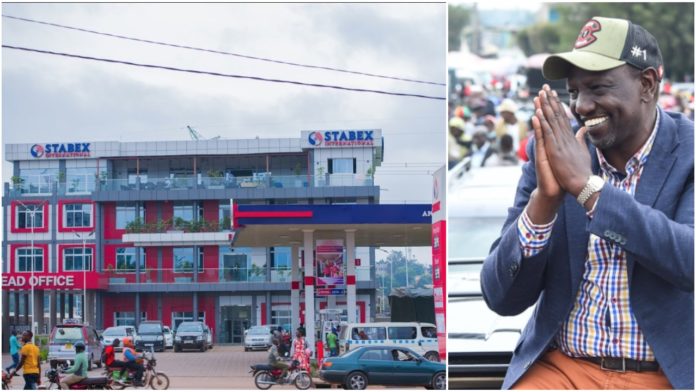 Reports have been widely circulated on social media platforms alluding that President-elect William Ruto is the man behind Stabex International Limited. The reports were first released by controversial blogger Robert Alai via a tweet accusing the Ruto of allegedly looting in Kenya and investing the proceeds in Uganda through the company. But does Ruto really own the company?

In this article, WoK highlights everything you need to know about Stabex International Limited.

Stabex International Limited is an independent oil and gas marketing company that was established in 2009. The company was incorporated in Kenya and has its headquarters in Kilimani, Nairobi at the Middle East Bank Towers. It operates in East and Central Africa with its retail distribution network spreading majorly in Kenya and Uganda. At the tail end of 2019, the company had grown its sales volume to over 300 million liters annually. It boasts of over 70 Retail Service Stations located along busy roads and 8 storage depots strategically situated within Kenya and Uganda.

It was the first local fuel retailer to serve as a customer for UNOC. It was tasked to deliver 400,000 liters of petroleum products. Their portfolio stands at over 1,000 customers and supply more than 550 bulk resellers who own fuel stations. The company owns over 18 trucks and has subcontracted 200 tankers that help in the distribution of the petroleum products across East Africa.

Stabex International Limited also provides lubricants for automotive such as vehicles and machines under the brand name ‘Stabex Lubes.’

Contrary to the speculations trending on the internet, WoK found out that the former Deputy President William Ruto is not the owner or a shareholder of the oil marketing company that has a huge presence in Uganda. According to a report by the registrar of Companies, the company has a Nominal Share Capital of 500,000,000 and 1,000,000 ordinary shares valued at Ksh 500 each. 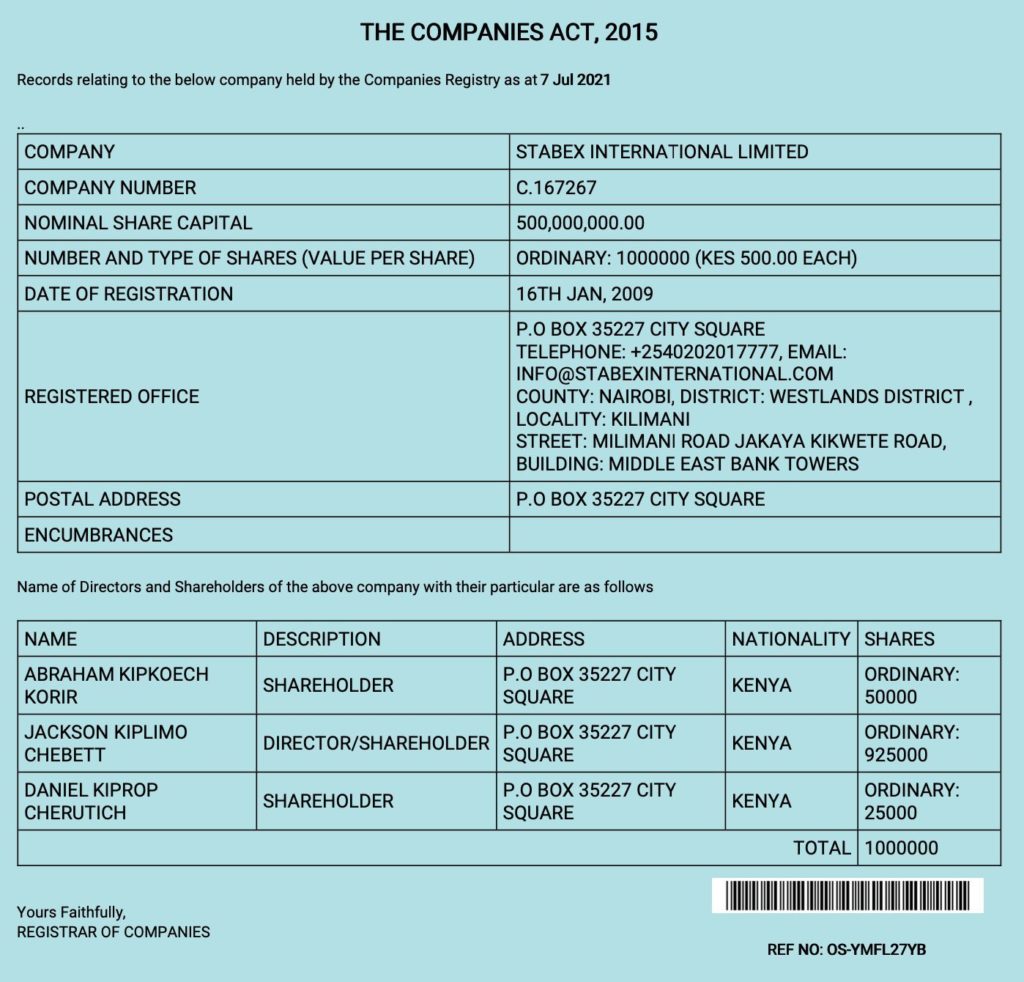