Customers of the First Community Bank (FCB) have been unable to make withdrawals exceeding Sh10,000. The bank issued a statement stating that they had limited transactions due to panic withdrawals in its various branches. FCB defended the decision saying that the withdrawal restrictions are meant to maintain stability in the short and long term. In the recent past, there have been reports that the bank is going under despite it being among the top tier banks in Kenya.

It ranks number 27 among Kenya’s 39 banks and had Ksh 22.9 billion in deposits as of June this year. The lender made a Ksh 602 million profit before tax in 2021 and has an asset base of Ksh 26.2 billion. However, Ksh 18.6 billion or 70 percent of the assets are locked in loans meaning that if the panic withdrawals continue and every client withdraws their money, the bank will easily collapse.

In this article, WoK unveils the faces behind the bank who include renowned lawyers Ahmednasir Abdullahi and Abdikadir Mohammed.

The idea of setting up a Shariah complaint bank was mooted by Senior Counsel Ahmednassir Abdullahi and lawyer Abdikadir Mohamed. As a requirement of setting up a financial institution, they needed to raise at least Ksh 1 billion and so the duo talked to a number of investors who pulled resources together to hit the milestone. FCB is currently made up of 29 shareholders. They include the former Chase Bank boss Zafrullah Khan who owns 135,059 shares equating to a 2.7 percent stake making him the sixth largest shareholder according to the documents from the Business Registration Service seen by Daily Nation. 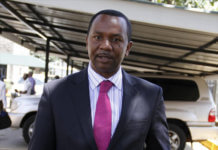 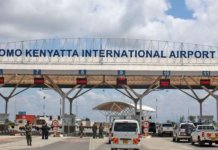 The Nyeri Tycoons Controlling The Multi-Billion Catering Business At JKIA 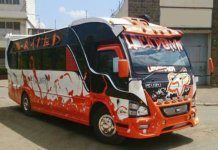 Jakoyo Midiwo Biography, Education, Career, Woes and Cause Of Death