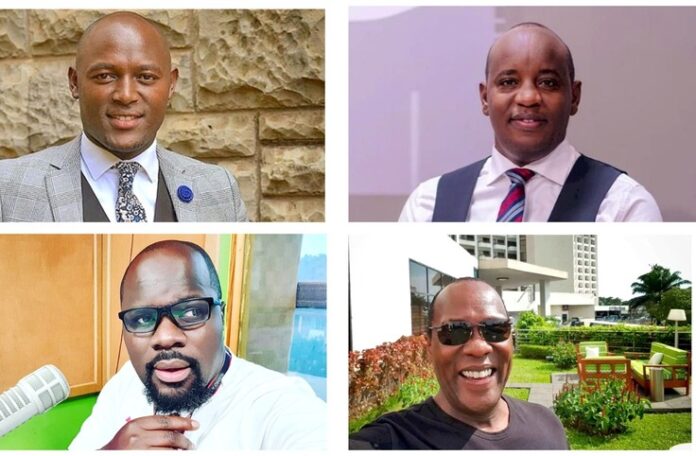 Highly rated journalists in Kenya command enviable remuneration. This is evidenced by the cars they drive and the multi-million addresses they call home. In this article, WoK lists big time media personalities and the lavish homes they own.

Munene Nyaga is a renowned radio presenter who was quite popular in the early 2000s. He was propelled to fame courtesy of his morning show on the now defunct Easy FM. He then resurfaced at Citizen TV where he appears in a brief show dubbed ‘Nipe Nikupe’ in the Friday 7pm news. Munene owns a palatial eight bedroom mansion located in Sabaki Estate off Mombasa road. The house is made up of a 49-metre square living area, six bathrooms, a huge bar and an outdoor balcony.

When he bough the piece of land in 2008, his closest friends questioned his sanity, wondering if he was planning to rear goats.

“I drive in here and sometimes I don’t believe this could be my house. Deep down, it feels so good. I feel like a child,” he told the Daily Nation.

He is popular Citizen TV political news reporter. He owns a palatial mansion estimated to be worth Ksh 8 million located in his home village of Kilgoris, Narok County. The white mansion has 6 bedrooms and was first brought to the public eye after the journalist hosted a section of Azimio la Umoja leaders including former Murang’a Women Representative Sabina Chege, Narok County Senator Ledama Olekina and Homa Bay Senator Moses Kajwang. During a past interview, he revealed that the house was inspired by American movies. “It is inspired by American movies like White House and House of Cards. I have so far spent Ksh 8 million. Planning to order royal gold furniture worth Ksh 1 million to furnish the house. It has six bedrooms and one big play-room for kids,” he said.

Felix Odiwuor alias Jalango is a renowned radio personality, comedian and currently serves as the Member of Parliament (MP) representing Langata constituency. He has a number of addresses with the latest being the mansion in Kitengela. 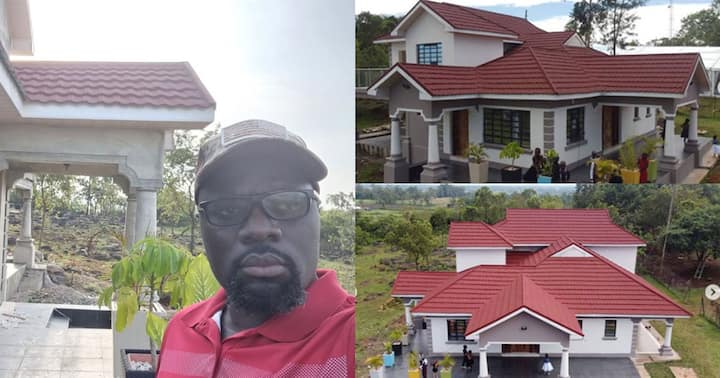 Gidi is a household name in Kenya thanks to his Pataniso show on Radio Jambo. He has invested in a stately house in Homa Bay county.

Alex Mwakideu is a renowned breakfast show radio presenter at Milele FM. He previously worked ar Radio Maisha. He is in the process of completing his new house in Kitengela.

He is a seasoned media personality who currently works as Director of Strategy and Innovation at Citizen TV. He also serves as the Chairman of the Kenya Editors Guild (KEG). Kaikai owns a multimillion palatial house situated in Rongai, Kajiado County. The exterior of the mansion is painted light-brown and white while the floor is made of sparkling brown tiles. It has a big black gate which has an electric fence on it and a gatekeeper’s court inside the compound. 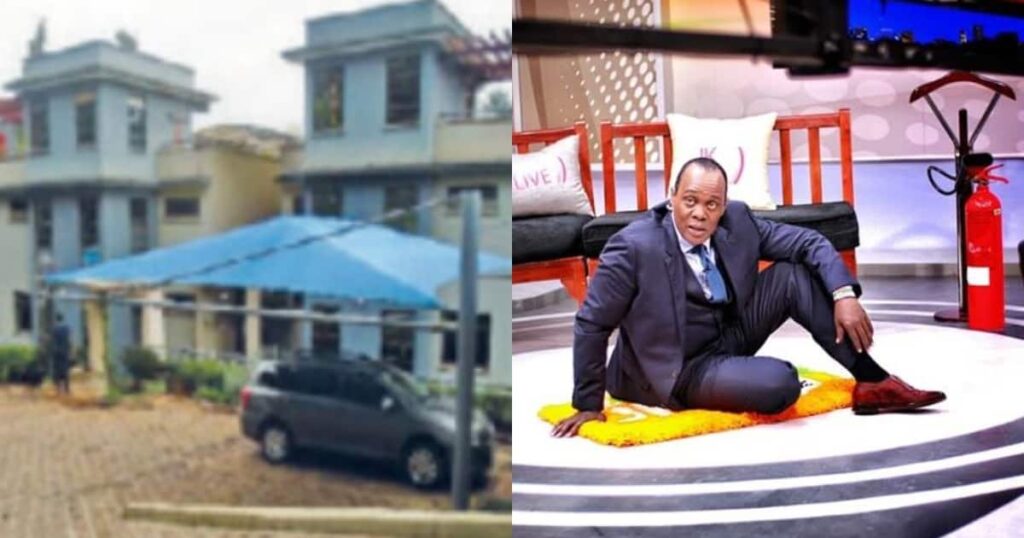 He is a renowned media personality working as a news anchor at Citizen TV and radio presenter at Hot 96 FM. He owns two villas in the leafy suburbs of Kitusuru, Nairobi whose worth is estimated to be worth Ksh 200 million. The four bedroom villas which are next to each other sit on a 0.067 acre piece of land and are attached with a servants’ quarter. Other amenities in the houses include a swimming pool, a parking space and 24 hour CCTV Surveillance. In 2020, Garam Investments put the houses up for auction. This was after the journalist defaulted on a Ksh130 million NCBA Bank loan. Koinange was however able to stop the auction process after he struck a deal of repayment procedure with the bank. 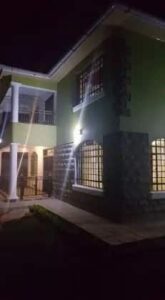 Tom Jappani is a renowned journalist who currently works as the head of radio at Standard Media Group. His wife, Massawe Jappani on the other hand works as a radio presenter at Radio Jambo, a station owned by Radio Africa Group. The duo own a palatial home situated in Kitengela right in the outskirts of Nairobi. The two reportedly moved into the imposing two-storey mansion in 2015 where they reside with their children.

Before she called it a day, Julie Gichuru was one of the most bankable female news anchor in Kenya. Her house imbues class only the rich can afford. 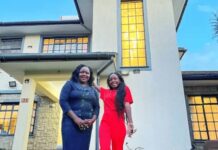 Clubs And Entertainment Joints Changing The Face Of Kitengela

Rose Muthoni: The Former Club Waitress Who Established Her Own Club, Built Her Mother...