For a long time, Law is regarded as one of the best and most lucrative professions all over the world, and in Kenya, it is no different. A career in legal is among the famous “big five”, and if you are Kenyan, you know the list.

The country has some of the best lawyers both locally and in the region. Some of these lawyers have litigated cases that have had major impacts either on the lives of their clients or on the country. These include constitutional cases. This as a result, has earned them wealth that the ordinary person can only dream about.

Some of these top lawyers are known to live life in the fast lane, splashing their cash on luxurious cars, and houses among other properties.

Here are some of the most exquisite homes owned by Kenya’s top lawyers as profiled by WoK.

Senior Counsel Ahmednasir or Grand Mullah as he is often referred to as, is a man with a knack for the finer things in life. The lawyer boasts high-end clients and has handled some of the most high profile cases in the country.

During an interview with Daniel Ndambuki on Churchill Show in 2021, the Senior Counsel shared images of his posh Karen house.

Nestled in the leafy Karen estate, the mansion boasts an amazing architectural design with an extensive cabro-paved driveway leading to the parking lot. The front porch has a well-manicured lawn with a swimming pool a few meters away.

The compound has coastal trees and a beautiful, bright, manicured flower garden which gives the house a serene and picturesque environment. It also has a swimming pool.
The front porch consists of a unique design complete with a few beach chairs, and flower vases.

Ahmednasir pointed out that he managed to complete the mansion through the various cases that he has handled in the past courtesy of his clients.

“We document our lives through the cases that we do,” the lawyer affirmed adding that when he was a young lawyer he would buy a new suit for every big case he would handle.

The Siaya Governor is rated one of the best lawyers in Kenya. A section of people refer to him as the walking constitution. 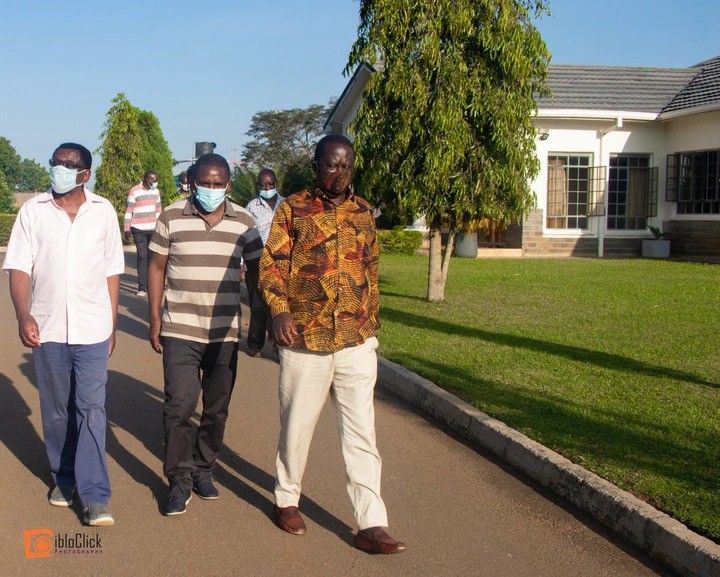 From his legal exploits to his stint in government spanning over three decades, the senior counsel is a wealthy man, and his house is clear proof that he eats life with a big spoon.

His village house was first seen by the public after he hosted the ODM leader Raila Odinga and his wife, Ida Odinga together with a host of his friends at his home in Ugenya on Sunday, December 27, 2020.

The house features well-manicured lawns with a very green serene surrounding. The house which is painted white on the upper walls with grey colour on the lower wall is a real marvel. The large windows boats gold-coloured curtains. Parts of the house have a well designed wooden floor.

In a Twitter post on November 20, 2021, the US-based lawyer and a key strategist in Odinga’s 2022 presidential campaign shared images of his Buffalo New York home.

In the photos, the lawyer shared images of the dining room, and living room, both of which ooze elegance, giving a clear picture of posh house. Mutua was behind the camera as his wife and three sons, Mwalimu Makau Mutua, Amani Mutua and Jueria Abdul, were the only ones captured in the photo.

The living room boasting a vaulted ceiling showed an image of Kenyan freedom fighter Dedan Kimathi over the fireplace.

The lawyer also built a 5 bedroomed house in Kitui which he has since transformed into a hotel christened Kitui Villa Hotel and is considered one of the best in the Eastern region.

LAST year Thanksgiving was a socially-distanced sparse affair in the Mutua household. Today, it was — well — more normal, as the virus becomes more manageable. Enjoy everybody🥂🎉! pic.twitter.com/YFemB1LamJ

The former Law Society of Kenya (LSK) president boasts an impressive legal career and is hailed for his work at the lawyers’ body.

Havi makes the big bucks. In an exclusive interview with a local daily in December 2020, the city lawyer revealed that he charges at least Ksh2 million in legal fees.

He argued that a lawyer of his standing should not charge anything below that amount, adding that it costs an arm and a leg to train a lawyer.

Balogoli have several rites of passage from birth to death. For a man, circumcision is one and mandatory, it gives an age-grade. The first was Namagodo-1740. Mine was Nyayo-1983. Today, I will be installed, ahead of time and out of honour, as an elder “Umwilimi Wa Balogoli.” ^DoS pic.twitter.com/GhFgSidFz3

“If I charge you anything less than Ksh2 million, consider it a discount,” he quipped.

In 2019, Havi took to Twitter to share throwback images of when he was growing up, revealing that he was raised in a grass-thatched house. According to the LSK president, that was the best house he has ever lived in.
However, as he built a name for himself and established ‘Havi’ as a household in the legal streets of Kenya, the lawyer built himself an elegant mansion in Likuyani, Kakamega County.
Donald .B. Kipkorir
Kipkorir is among the wealthiest individuals in the country. The city lawyer boasts an expensive fleet of cars, among other properties.
The lawyer has a house on Dennis Pritt, Kilimani. It is an architectural masterpiece with world-class finishes and quality. It is a walking distance to both State House and Yaya; it is a running distance to both Lavington Mall and Junction; it is 5 minutes drive to both Westlands and CBD.
The lawyer also has an elegant home in the village and another in the coast. 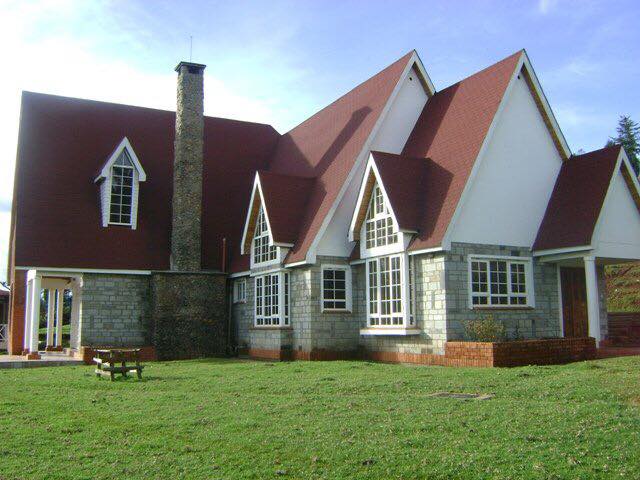 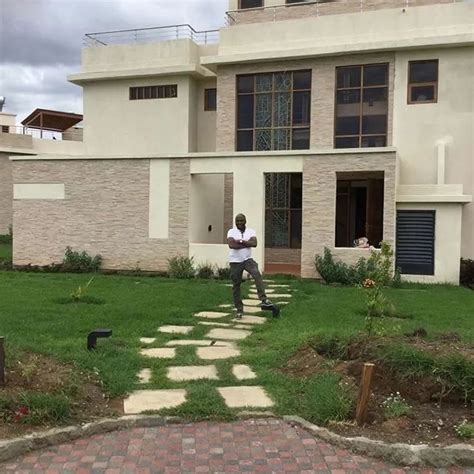 Safaricom Reigns As Airtel Is Ranked Worst Service Provider In 2021