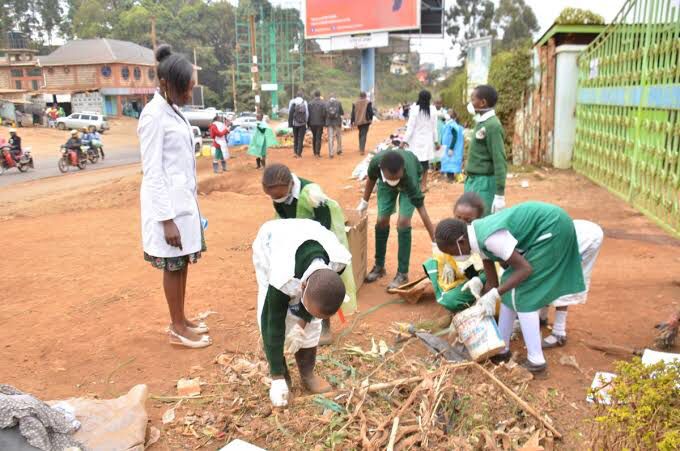 Kenya has caught the attention of top institutions such as the World Bank due to reforms in its education system.

In an observation report released last week, World Bank pointed out an improvement in literacy and arithmetic challenges.

The institution attributed the same to challenges such as crowding and broken calendars brought about by the COVID-19 pandemic.

This is unlike the past where pupils would spend eight years in primary school and a further four years in secondary school.

Notably, the new system is focused on practical schooling as opposed to studying for exams.

In the report dubbed Kenya Economic Update: Edition 25: Aiming High, Securing Education to sustain recovery, World Bank said the new system has made Kenyan students perform better than their peers across the region.

“More recently, early grade mathematics assessments taken between 2015 and 2021 show that the proportion of children meeting minimum proficiency in mathematics is improving rapidly, from 71 percent in 2016 to 80 percent in 2021,” says the report.

This come at a time when a section of the political class has promised to scrap off CBC once they assume office after the August poll.

As part of their manifesto, Kenya Kwanza Alliance promised to disregard CBC in their administration once they takeover power.

“The controversial Competence-Based-Curriculum (CBC) of education will be scraped once the Ruto/Mudavadi government takes power in August,” Musalia Mudavadi’s Amani National Congress (ANC) said in a Tweet.

The party argued that the model was hurriedly imposed onto Kenyans without proper consultations and has gone a long way to frustrate Kenyans.

KCB Bank Salary For Permanent Clerks, Those Working On Contract

Bobi Wine Net Worth, Salary, Businesses And You Tube Earnings